The East Region Cyber police have registered an offence of cyber cheating after a 60-year-old man was duped to the tune of ₹1.14 crore. Fraudsters posing as government officials lured him on the pretext of releasing his insurance policy money and made him pay over Rs 1 crore.

In May this year, the victim, a Trombay resident, received a call from one Anjali Verma. Posing as a government official, she told the victim that his post retirement insurance policy benefits worth ₹4.30 lakh under the Central Government Employees Group Insurance Scheme (CGEGIS) has been pending and that she could help him release it. The victim believed her to be genuine and ended up following her instructions.

According to the police, Verma initially asked the victim to pay small amounts in the name of processing charges and registration fees and increased the amount later. Each time the victim was assured that the entire money, including what he had paid so far, along with insurance benefits would be refunded together. Several other fraudsters joined Verma and continued to assure the victim that he will soon be refunded the complete amount.

In three months the victim ended up paying ₹1.14 crore to the fraudsters. It was only then that he realised something was amiss and stopped further conversation, the police said.

An official from the Cyber police said, “We are trying to trace the accused with the help of their mobile numbers and bank details in which the money had been deposited. We have also asked the banks to freeze the accounts so that if any money is still there, it could be seized.” 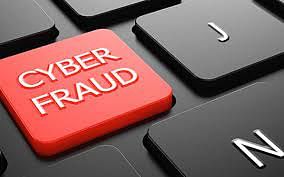