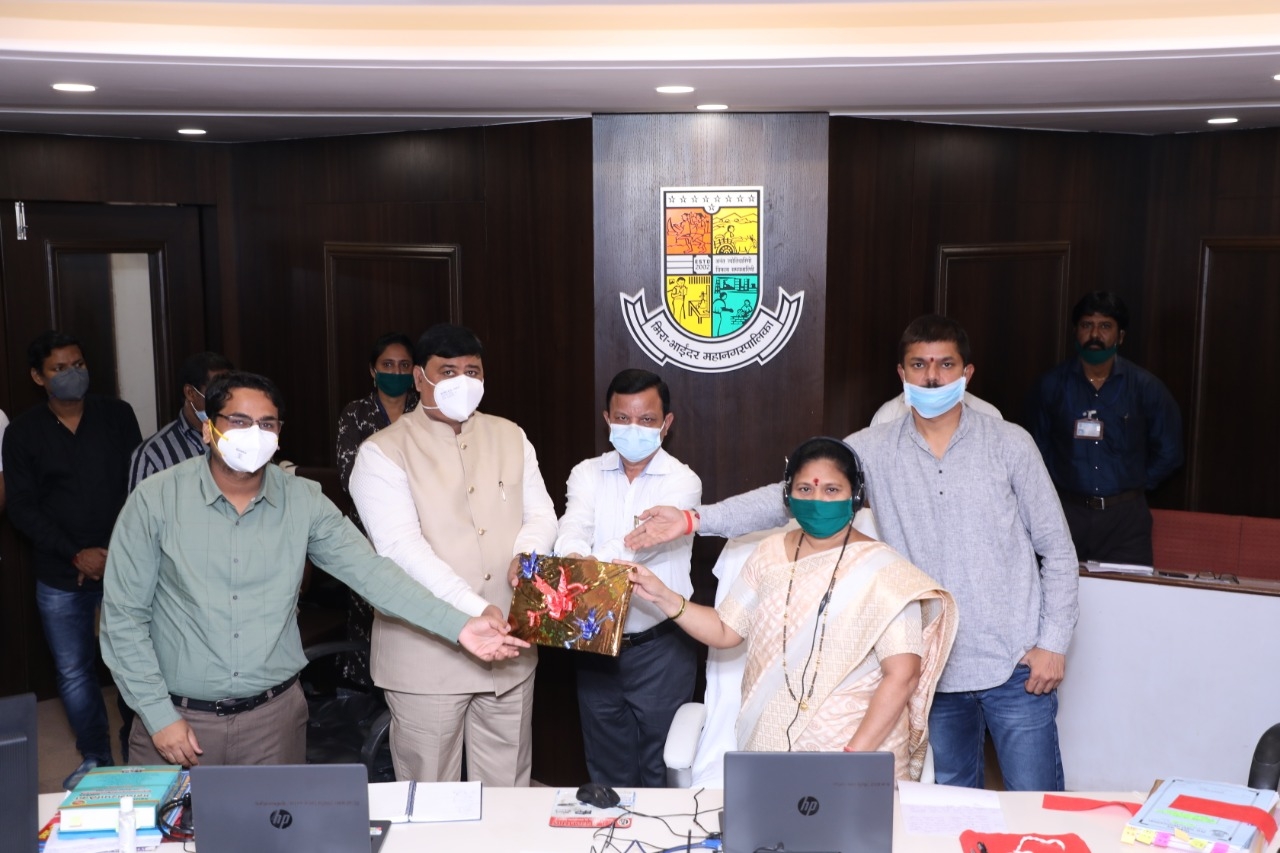 Deprived of any big ideas or schemes for the twin-city, the BJP-led Mira Bhayandar Municipal Corporation (MBMC) passed a Rs. 1841.81 crore budget tagged with a pathetically meagre surplus of Rs. 25 lakh. The BJP managed to pass the budget on the virtue of their majority in the special general body house which was digitally held via video conferencing due to the ongoing pandemic situation.

The e-meeting followed after standing committee chairman- Ashok Tiwari presented the budget to Mayor Jyotsna Hasnale at the conference hall in the main administrative building of the MBMC in the presence of commissioner- Dr. Vijay Rathod and deputy mayor- Hasmukh Gehlot on Thursday.

Even as the civic administration stares at empty coffers, the standing committee had inflated the civic chief’s draft budget by a whooping Rs. 178 crore, inviting sharp criticism from the opposition, comprising of members from the Shiv Sena and Congress. While the ruling governance and the opposition failed to reach a consensus on the vexed issue of offering discounts to taxpayers in the current economic crisis, a resolution moved by the BJP mooting 50 percent rebate on house tax for the current fiscal was also incorporated in the budget proceedings.

However, payments will have to be made on or before 31, October-2020 to avail the tax sops. As per the resolution passed by the BJP, interests on pending dues will also be waived off if payments are cleared before 31, October-2020. While the opposition had demanded 100% rebate, all eyes are now on the civic chief’s decision on the actual implementation.

This year the MBMC has projected property tax collections amounting 235 crore. However, with revenue generation hitting rock bottom owing to the nationwide lockdown, MBMC is staring at a huge financial crisis with its coffers set to get near-empty next month. The tax rebate will further add to its existing woes.