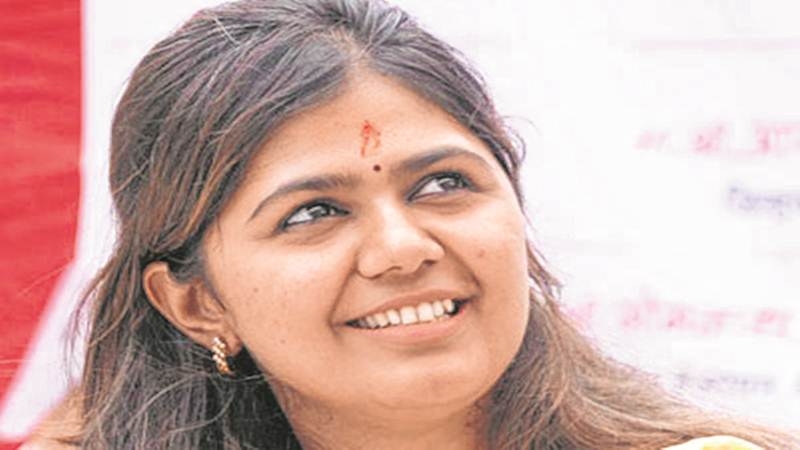 Aurangabad: Even though the BJP-Sena alliance emerged victorious in 29 constituencies (two more than 2014 ) among 48 seats in Marathwada region in Maharashtra Assembly Polls 2019, two sitting ministers lost in their constituencies. Pankaja Munde of BJP lost to cousin Dhananjay Munde of NCP, one of the shocking result of Maharashtra assembly elections from Parli seat. Arjun Khotkar of Shiv Sena lost to his counterpart Kailas Gorantyal of Congress from Jalna. But Babanrao Lonikar, minister of BJP from Partur retained his seat.

It may be noted that in 2014, all the four major political parties contested assembly elections separately. BJP won 15, Shiv Sena 11, Congress 9, NCP 8 and others three. This time the alliance of BJP-Sena won 29, Congress-NCP 17 and others got two.

The drought affected region of Marathwada could well have led to a surge of discontent against the BJP-Sena alliance government in the state. However, that does not appear to be the case.

The BJP-Shiv Sena combine appears to have succeeded, to a large extent, in getting its nationalism message over drought, farmer suicide, lack of employment and shutdown of industries across to the people of Marathwada.

In the Lok Sabha polls 2019, after being defeated by AIMIM candidate Imtiyaz Jaleel, during the assembly election rally in Aurangabad, Shiv Sena supremo Uddhav Thackeray urged people not to repeat the mistake they did in Lok Sabha polls and vote for the BJP-Sena alliance. Sambhali Nagar (Shiv Sena’s name to Aurangabad) is a stronghold of Sena and we can’t afford to loss it to MIM, he said.

Although the BJP coalition has had unquestioned success, the Congress party has also been inactive in campaigning. No major Congress leader has worked hard to campaign. The major leaders of the state were stuck in fear of defeat in their constituencies. Congress keep its stronghold like Ashok Chavhan wins over 70,000 votes on Bhokar seat from Nanded. Amit and Dhiraj Deshmukh registered win from Latur dedicate to their father Late Vilasrao Deshmukh, stalwart of Congress in Marathwada.

Congress is responsible for its own defeat and causes the leaders who are living in the mindset of defeat at least in Marathwada region where they can be divert result likewise other parts in Maharashtra.