The accused created at least four Instagram accounts and began intimidating her, he sent her screen shot of the videos and threatened to make the videos viral.
Sachin Gaad 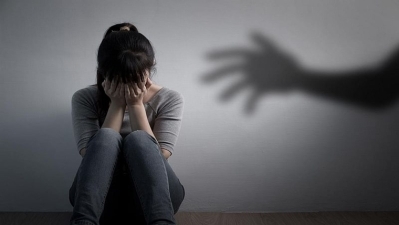 The city crime branch on Thursday arrested a 25-year-old man for allegedly harassing and threatening a 21-year-old girl who is a daughter of a prominent Bollywood actor. According to the crime branch officer, the accused Qumail Mohammad Hanif Patani, 25 was threatening the girl to make her private videos viral if his extortion demands were not fulfilled.

According to the police, Patani recently found videos of his cousin with the victim and decided to blackmail her. Since the accused and victim were in the same college in Bandra he traced her Instagram account and began to threaten her. The victim was in a relationship with the accuser’s cousin, said an official.

"The accused created at least four Instagram accounts and started to intimidate her, he sent her screen shot of the videos and threatened to make the videos viral and demanded extortion. After sending the messages the accused used to delete messages," said Chimaji Adhav, senior inspector of crime branch unit 11.

Fed up of the harassment, the victim approached Bangur Nagar police station and registered her complaint. After going through his Instagram accounts, crime Branch reached his house and nabbed him. He was arrested under the IPC sections of extortion and under the Information Technology act.

Police has recovered videos from his mobile who told them that he came across the videos while taking a backup of his cousin's mobile, police are currently verifying his claims. Patani was later handed over to Bangur Nagar police station for further investigation, said an official.