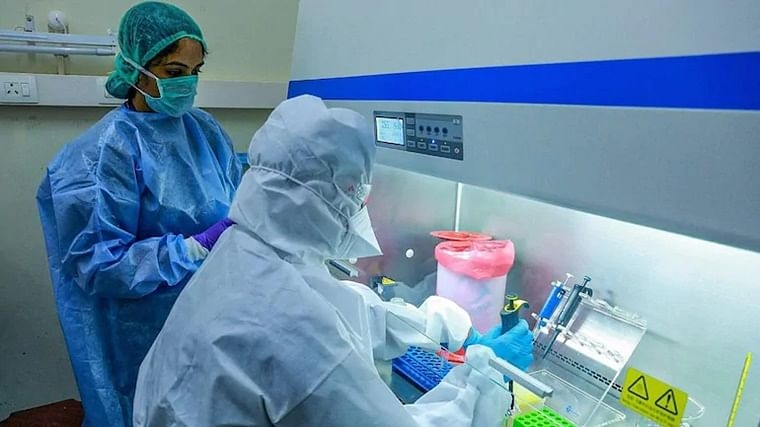 The virus claimed the lives of 13 more persons in the district, which pushed its death toll to 11,079.

The COVID-19 mortality rate of the district is 2.02 per cent at present, he added.

In neighbouring Palghar district, the case count has gone up to 1,33,591, while the death toll is 3,208 another official said.

Seven districts out of the total 36 did not report any new case in the last 24 hours.

The official said 7,120 patients were discharged from hospitals across the state in the last 24 hours, pushing the number of recoveries to 61,24,278 and leaving Maharashtra with 74,995 active cases.

Maharashtra reported a rise in the daily COVID-19 cases, while the fatalities dropped as compared to Wednesday, when it had registered 6,126 cases and 195 deaths.

According to the official, the state has 4,46,501 people in home quarantine and 2,776 in institutional quarantine.

The official said among the eight regions of Maharashtra, the Pune region reported the highest cases at 2,577, followed by 1,771 in the Kolhapur region.

According to the official, among the 120 fatalities, the highest deaths at 39 were reported from the Pune region, followed by 37 from the Kolhapur region.

The Nagpur and Akola regions did not report any fresh fatality. Mumbai: 52 DAYS: The target to finish road overbridge in Dharavi