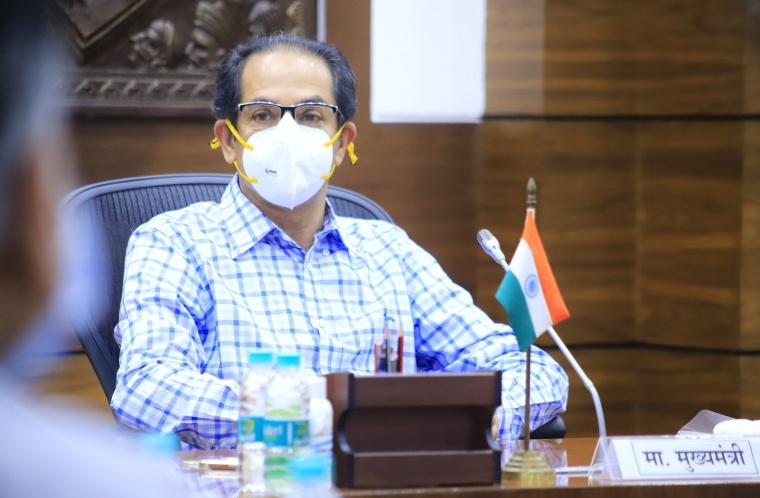 After personally visiting flood affected areas and regions affected due to landslide of Maharashtra due to incessant rains, Chief Minister Uddhav Thackeray chaired a meeting to review the flood situation in state and the damages caused.

During the meeting, CM gave various instructions to the officials in order to manage the post flood situation. Districts like Ratnagiri, Sindhudurg, Sangli, Kolhapur are largely affected due to the torrential rains, so far, 164 people have died and 56 injured in rain-related incidents, including landslides, while 100 others were still missing, the government said in a statement earlier in the day.

The CM directed the officials and administration to restore electricity and water supply in flood-hit areas at the earliest as the state slowly emerges out of the large-scale devastation caused by heavy rains and deluge.

Thackeray said a flood warning system will be in place in the coastal Konkan region, badly hit by landslides and heavy rains over the last few days, in three months. He asked the state administration to take up repair work of roads and bridges damaged due to the floods on a war footing so that they can be reopened for traffic, said a statement issued by the Chief Minister's Office (CMO) here.

Thackeray said cleanliness and hygiene should be maintained in the affected areas to ensure there was no spread of diseases.

CM Uddhav Balasaheb Thackeray gave the following instructions after holding a meeting to review the flood situation in Maharashtra and the damages caused by the torrential rains; pic.twitter.com/OL7sZX3Bw5

Thackeray sought comprehensive details of the extent of damage and financial assistance required, the statement said. He said protection walls against floods and strengthening infrastructure in hilly terrains also need to be worked upon.

The chief minister suggested deploying drones for conducting "panchnamas" (survey of damage). He asked officials to work on strengthening the State Disaster Response Force and ensuring rehabilitation of landslide-hit villages at the earliest.

In the meeting, officials informed that a total of 290 roads need to be taken up for repairs. Vehicular traffic has been closed on 469 roads, while as many as 800 bridges have been damaged. As many as 14,737 electricity transformers have been damaged. Out of 9.59 lakh power consumers affected, 6.5 lakh consumers have got back electricity in their homes and premises, the statement said.

As many as 2,29,074 people have been evacuated from the flood and rain-affected affected areas and moved to safer places till now.