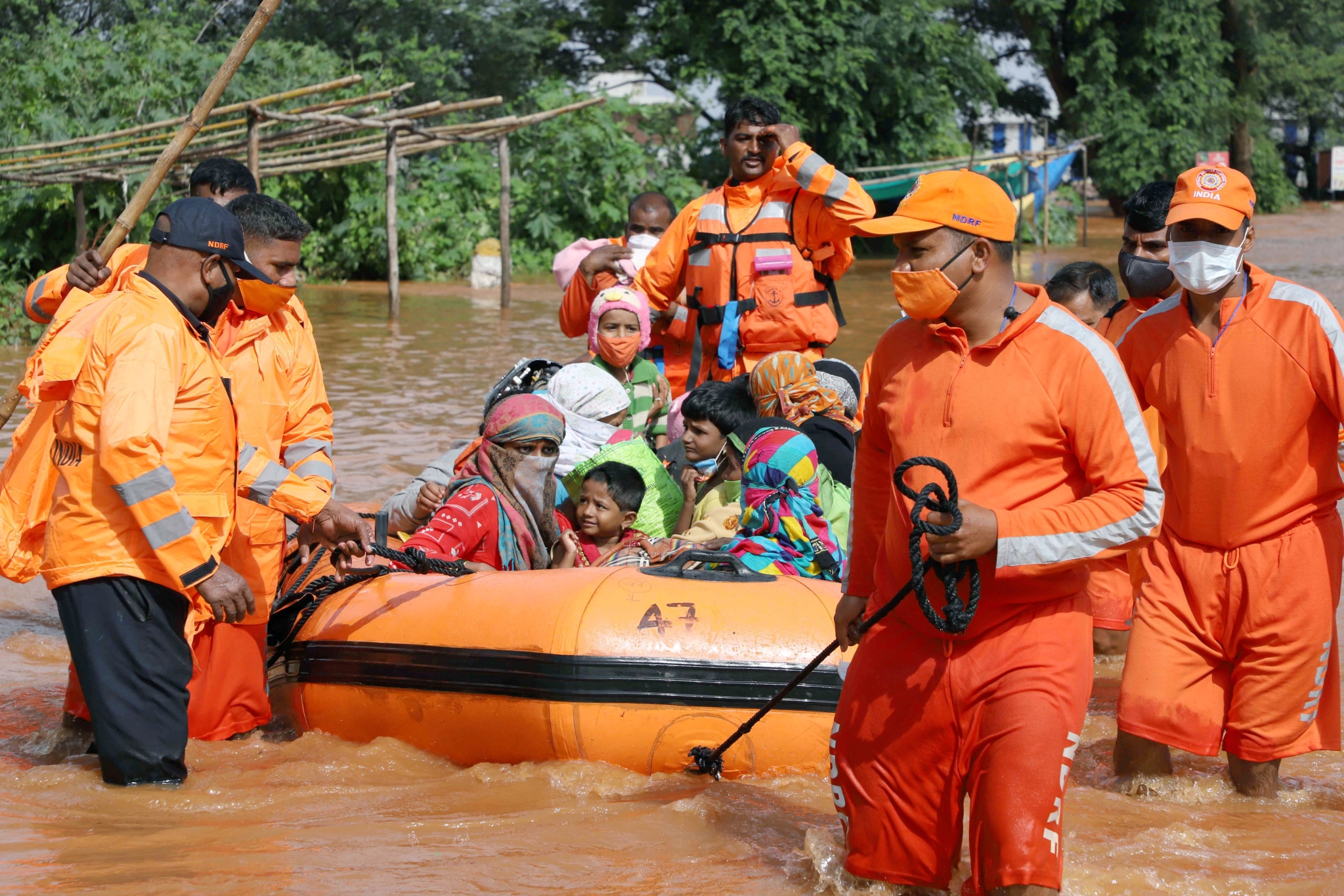 NDRF personnel during a rescue operation in a flood affected area in Kohlapur district, on Saturday, July 24, 2021. | PTI

The death toll in the rain-battered nine districts of Maharashtra rose to 149, with 50 injured and 64 still missing while a record 2,29,074 rendered homeless were evacuated. According to the department of disaster management, relief and rehabilitation, 60 of the 149 deaths were reported in Raigad, 41 in Satara, 21 in Ratnagiri, 12 in Thane, 7 in Kolhapur, 4 in Mumbai, 2 each in Pune and Sindhudurg. No death was reported in Sangli district. A total of 875 villages were affected in nine districts due to incessant rains, floods and landslides.

Nearly 3,248 animals and 17,300 hens perished in the floods. The government has provided Rs 2 crore each to Raigad and Ratnagiri districts and Rs 50 lakh to other districts to tackle the situation arising after the floods.

Eighty-nine bodies have been retrieved and 34 people are missing following landslides triggered by heavy rainfall in the coastal regions of Maharashtra, the National Disaster Response Force (NDRF) said. S N Pradhan, the Director General of the federal force, noted the latest data of its operations being undertaken in Raigad, Ratnagiri and Satara districts of the state. “As per the data, NDRF rescuers have retrieved a total of 89 bodies from these areas, with the highest number of 47 being from the worst-hit Taliye village under Mahad tehsil of Raigad. Thirty-four people have been reported missing in these three districts,” he added. 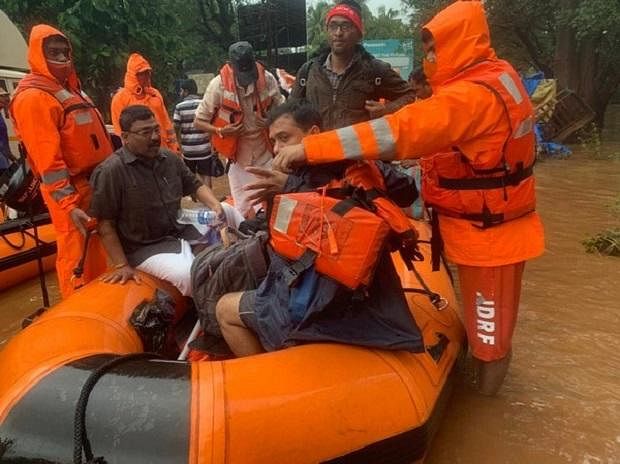 Chief Minister Uddhav Thackeray visited Chiplun on Sunday and assured all possible help. Union Minister Narayan Rane, who was accompanied by leaders of opposition Devendra Fadnavis and Pravin Darekar, visited Taliye in Raigad district and Chiplun in Ratnagiri district. Rane said the Centre would provide assistance to the state and to the people of the flood-hit districts.

Sangli district Guardian Minister & Water Resources Minister Jayant Patil said the situation in district was now slowly improving, as the water was receding. “The Krishna river water level is decreasing. I am sure the water in the district will now gradually recede. No one should worry or panic. Soon the situation will return to normalcy,” he added.

In Kolhapur, the minister of state for home and district guardian minister, Satej Patil, said more than 75,000 people had been shifted to safer places. He added that 67,111 people from flood-affected areas chose to go to their relatives’ places while over 8,000 were shifted to government shelters.

“Based on GSM technology, the Public Address System implemented in parts of Kolhapur district has benefited 3.5 lakh people to shift themselves,” he said. 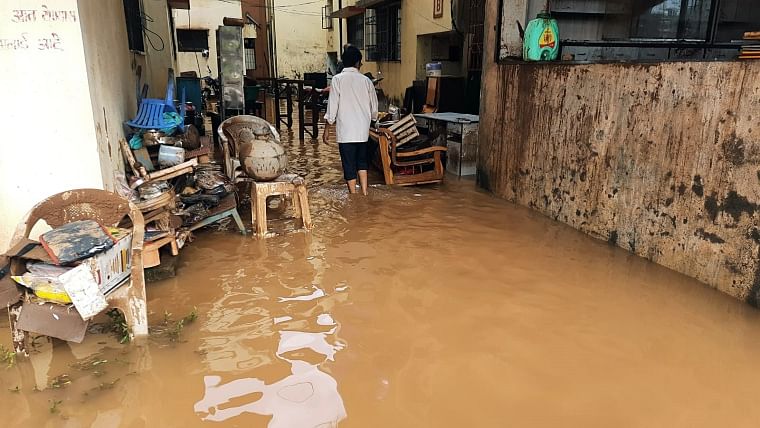