Shinde said that the legislators at Guwahati are marching ahead on the thoughts of Hindutva taught by Balasaheb Thackeray and Anand Dighe.

Rebel Shiv Sena leader and urban development minister Eknath Shinde said over 40 legislators, who are at Guwahati, will meet in the evening and decide the future course of action. "We have 46 MLAs with us. There are other MLAs including Shiv Sena. This number is set to increase. "We don't have any conditions," he said.

Explaining the allegation of MLA Nitin Deshmukh of exercise force for his hospitalisation, Shinde said that it is a false allegation. ‘’If we had used force, would our people have gone to release him?’’ he asked.

‘’Hindutva is important for us. The MLAs with me are loyal to Hindutva and will never compromise with Hindutva to get power, said Shinde. He noted ‘’We have more numbers than we need.’’

We have not left Shiv Sena and will not leave

Shinde said that the legislators at Guwahati are marching ahead on the thoughts of Hindutva taught by Balasaheb Thackeray and Anand Dighe.

‘’We are all Balasaheb's staunch Shiv Sainiks. We have not left Shiv Sena, we will not leave Shiv Sena and Balasaheb's thoughts,’’ he noted.

Meanwhile, Shiv Sena MLA Nitin Deshmukh, who was earlier presumed to have joined rebel Sena leader Eknath Shinde, after landing at Nagpur claimed his support for Chief Minister Uddhav Thackeray. He alleged that he was "kidnapped" and taken to Gujarat's Surat from where he escaped. Deshmukh is Shiv Sena MLA from Belapur constituency in Akola district.

"I escaped and was standing on the road at around 3 in the morning trying to hitch a ride from pssersby when over a hundred cops came and took me to a hospital. They pretended that I had a heart attack and tried to conduct some medical procedure on my body," he said, adding that he did not suffer any sudden health complications but was forcibly taken to the hospital.

"I am of course with Uddhav Thackeray," he reiterated.

Deshmukh’s wife had on Tuesday filed a missing complaint in the local police station after she could not communicate with her husband despite repeated phone calls. 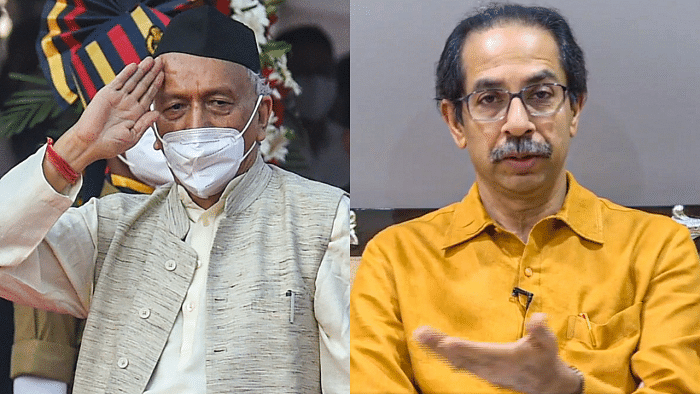