Ajitdada, as he is popularly known, won by a huge margin of 1,65,265, garnering over 85 per cent of the total votes polled, causing all his opponents to lose their deposits.
Neeta Kolhatkar 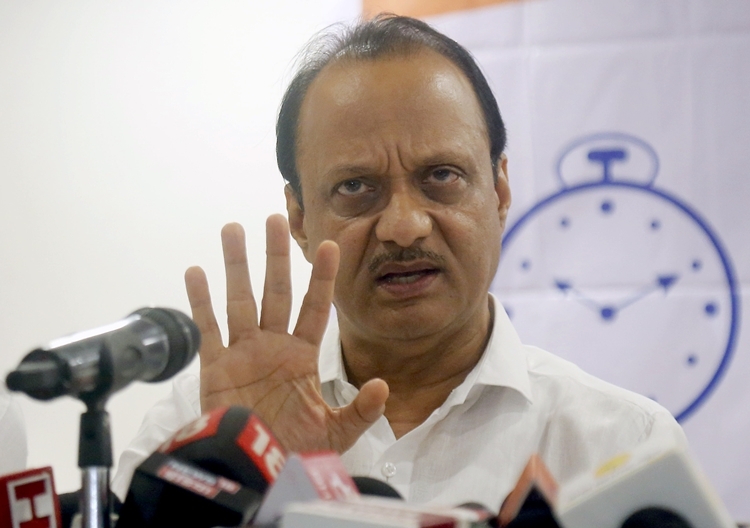 Mumbai: Controversy's favourite child, Ajit Pawar, the former deputy chief minister, has won the assembly election from Baramati for the sixth time, and what a resounding victory it is.

Ajitdada, as he is popularly known, won by a huge margin of 1,65,265, garnering over 85 per cent of the total votes polled, causing all his opponents to lose their deposits.

His nearest rival, Gopichand Kundlik Padalkar of the Bharatiya Janata Party (BJP), barely managed to get 11 per cent of the votes.

This victory comes after much melodrama, following the Enforcement Directorate's naming of Ajit’s uncle and the founder of the Nationalist Congress Party (NCP), Sharad Pawar, on September 27 in the Rs 25,000-crore Maharashtra State Co-operative Bank scam. Following this, Ajit announced his resignation as legislator.

He said the resignation was conscientious, as he thought he was responsible for defaming his uncle and party chief Sharad Pawar, whose name was dragged in the alleged MSC bank scam for no reason.

He advised his son, the failed Lok Sabha candidate from Mawal, Parth, to take up farming as there was no future in politics.On September 28, at a press conference, Ajitdada cried.

It was startling to see the stellar personality with the thunderous voice that sent shivers down peoples’ spines to be reduced to tears. He was seen thumbing away tears from his eyes.

The entire nation watched in stunned silence and the emotional quotient shook up the people of Maharashtra, who had never before seen this ‘sensitive’ and ‘emotional’ side of their Ajitdada before. Given this backdrop, little had anyone expected him to make history anew.

The thumping mandate has also helped clean Ajit’s slate after his controversial statement in 2013, when he had said, "If there is no water in the dam... should we urinate in it?”, ridiculing the acute water and power shortage in parts of the state.

His remark sent shockwaves and his uncle Sharad Pawar had to apologise for his nephew's transgression. Forced to express regret for his remark, Ajit undertook a one-day fast of atonement.

It does seem that Baramati voters diligently followed Padalkar’s request to not vote for him were he to join the BJP. Prior to the Lok Sabha elections in May, Padalakar, who was then with the Vanchit Bahujan Aghadi, had pledged he would never join the BJP and if he ever did, people should not vote for him. Sure enough, Baramatikars took him at his word and ensured he lost his deposit.