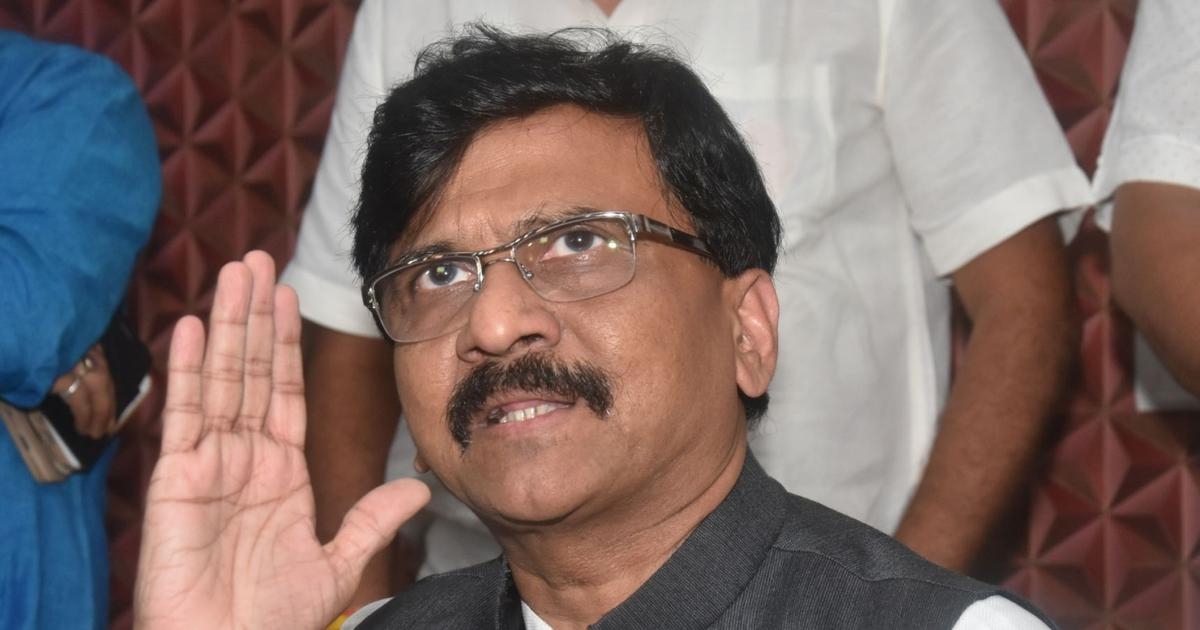 Shiv Sena MP Sanjay Raut has termed the Maharashtra Ekikaran Samiti's defeat in the Belgaum civic election in neighbouring Karnataka as "unfortunate" and slammed the Maharashtra BJP for celebrating the poll result, claiming such "betrayal" with the Marathi people was never seen before.

Maharashtra claims Belgaum, part of the erstwhile Bombay Presidency, but currently a district of Karnataka, on linguistic grounds.

The ruling BJP in Karnataka got a clear majority in polls to the 58-seat Belgaum civic body, as per the results announced on Monday.

The defeat of the Maharashtra Ekikaran Samiti's (MES) -- a regional outfit fighting for the merger of Marathi-speaking villages of Karnataka into the western state -- in the Belgaum civic polls is "unfortunate", Raut told reporters on Monday evening.

"The conspiracy of the Karnataka government to get the 'Marathi manoos' in Belgaum defeated so that they lose their claim over the city is unimaginable," said the Rajya Sabha member, whose party shares power with the NCP and Congress in Maharashtra.

Attacking the BJP for rejoicing the poll result, Raut said, "It's okay your party won, but you are rejoicing the defeat of the Marathi manoos...aren't you ashamed of yourself?" "This kind of betrayal has never been seen before," Raut claimed, and added that lakhs of people have sacrificed their lives for the Marathi pride and self-respect in Belgaum.

There is unease in many places of Maharashtra over the defeat of the MES, the Shiv Sena's chief spokesperson further claimed.