The police would also ensure that the funds of the organisation are not held or transferred by anyone, now that it has been banned, sources said.

After the central government had banned the Popular Front of India (PFI), the Maharashtra Anti-Terrorism Squad (ATS) officials on Wednesday stated that they would ensure the ban on the Popular Front of India (PFI) is enforced effectively across the state. The police would also ensure that the funds of the organisation are not held or transferred by anyone, now that it has been banned, sources said.

"Now once the organisation is banned, there is the prohibition in the use of any of the funds. Even those people who are holding the funds in a personal capacity should also surrender the funds because then it is an offence. They cannot hold or transfer the funds of any banned organisation," said an ATS officer. The ATS has so far registered four FIRs related to the PFI, one each at Kalachowki, Nashik, Nanded and Aurangabad and has arrested 21 persons in these cases.

"There is incriminating evidence in digital and hard copy form that has been found and will be presented before the court," the officer said, adding, "We will enforce the ban effectively across the state. Efforts will be on to ensure those associated with the organisation do not try to form another organisation. People are being advised not to be associated with any banned organisation."

The notification banning the PFI under the stringent anti-terror law UAPA will be followed by a number of actions against the outfit, including seizure of its properties, freezing of bank accounts and a complete prohibition of its usual activities. The ban order will remain in force for five years and it can be further extended by the government.

According to the Unlawful Activities (Prevention) Act, 1967 (UAPA), if any member of the banned group has the custody of any funds, securities or credits which are being used or are intended to be used for the unlawful association, the Centre may, by written order, prohibit such person from paying, delivering, transferring or otherwise dealing in any manner whatsoever with such assets.

Any person aggrieved by a prohibitory order may, within 14 days from the date of the service of such order, make an application to the court of the district judge within the local limits of whose jurisdiction such person voluntarily resides or carries on business or personally works for gain, to establish that the assets are not being used or are not intended to be used for the unlawful association. The court of the district judge shall decide the matter.

Read Also
'RSS a Hindu extremist organisation, should have been banned before PFI': Lalu Yadav 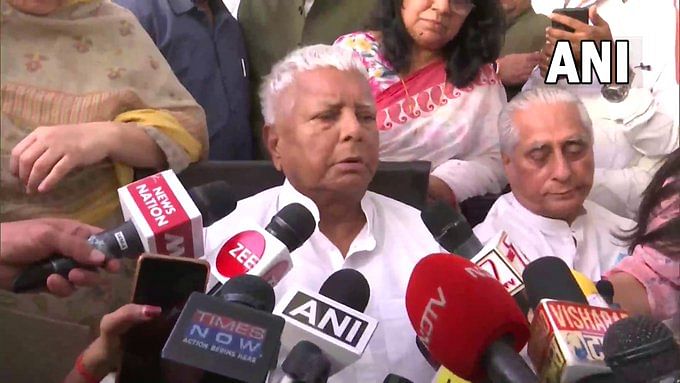