Maha Govt Formation: Friends and foes - the Thackeray-Pawar dynamic over the years 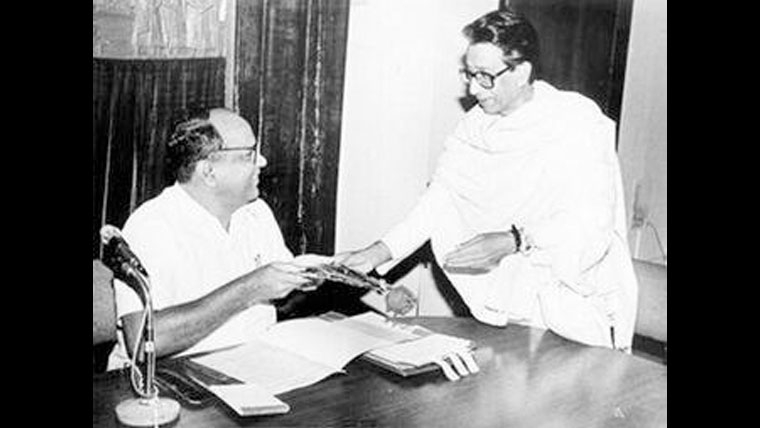 Maharashtra politics today is at a baffling juncture. The BJP-Sena led alliance won the Assembly Elections 2019. But, things soured between the two parties over the Chief Ministerial post. Sena is hell-bent on having their CM for which they need a helping hand from none other than the NCP leader Sharad Pawar.

Thackeray and Pawar have shared close family relations. The two towering politicians never let their political rivalry overpower their personal relations. In 1982, the two even united against trade union leader Datta Samant, who had then called a worker’s strike. However, there were 3 instances when the state witnessed tension between the leaders. Interestingly, each of these instances involves Chhagan Bhujbal.

Bhujbal, the then Shiv Sena legislator launched a full-fledged attack on Sharad Pawar. He emphasized on an alleged plot scam and called Pawar a corrupt politician. Balasaheb Thackeray could have stepped in and stopped Bhujbal from doing so, but he didn’t.

In 1991, Bhujbal left Sena and took 14 other MLAs along with him to the Congress. This was a colossal setback for Thackeray.

The third instance was when Bhujbal was the state home minister in the Congress-NCP government. He got the Sena supremo arrested under Section 153 in a decade-old riot case. Pawar was expected to save the day for Thackeray, but it wasn’t to be. Even after these instances things never soured between the two. The two would meet frequently and share a good laugh.

Today, when the Sena supremo is no more, Uddhav Thackeray is in need of a strong ally and who better than a family friend Sharad Pawar. A Shiv Sena- NCP- Congress alliance is possible in Maharashtra, if and only if Pawar spearheads it.

In politics ideology doesn’t seem to matter anymore, power presides over everything.