Sounds too good to be true right? 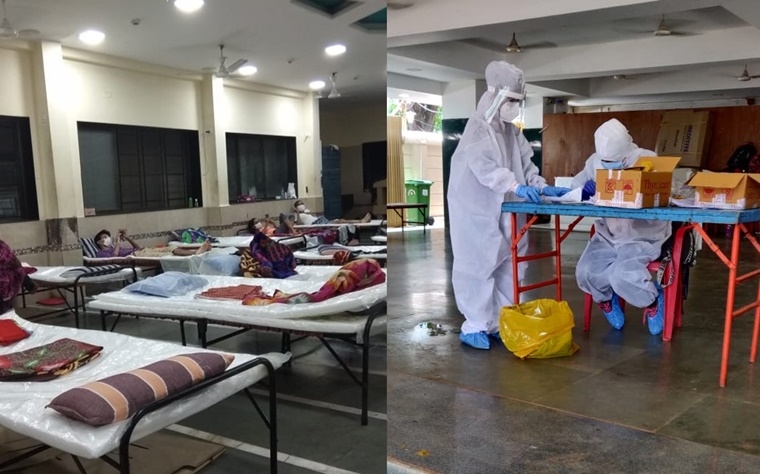 As I watched and wrote about news around the COVID-19 pandemic, I didn't really experience the magnitude of its effect, till it hit me and my family.

Documenting my journey on social media, there were many who had questions about the same.

It all began with my father falling ill after he resumed work. Not to mention he also shopped for groceries every week, so it's hard to tell where and how he contracted the virus.

Since it was fever and nothing serious, he visited a local doctor who prescribed a five-day antibiotic course, followed by a test for cholesterol and diabetes.

The tests didn't show anything significant and the medicines didn't help. We visited another doctor and in the process, all of my family members (mother, brother, and me) fell ill one by one.

We all recovered, except for my dad whose health deteriorated rapidly. It was one morning that he was scared and short of breath.

After making a few calls he was suggested by a friend to get tested at a government quarantine facility located in Dadar. My brother accompanied him while I stayed home with my mother.

The two men of our family tested positive, and as a result the BMC workers from my ward came home to sanitise our surroundings and neighbourhood.

I can't put it in words how embarrassing it was, because let's be honest, no one made us feel otherwise.

Eventually, me and my mother decided to get tested as well. We packed and left home, with no idea what's next.

As I took a cab to reach the facility, I was asked to stand at the gate, while my oxygen level and pulse was checked. My personal details were taken including my medical history and Aadhar card (mandatory for admission).

The facility was a school converted into a quarantine centre with foldable khatiyas. I was given a kit with supplies. Three meals were provided, all vegetarian.

We were asked to wait for a couple of days in order to get tested, since we weren't ill or had any persisting symptoms.

However I developed mild flu and a severe headache on the second day that wouldn't let me sleep. The doctor suggested it could be allergies and prescribed some nasal drops.

The next day I woke up to no sense of taste or smell. This is when I assumed I had the virus.

On the third day, we were taken for a test at a nearby hospital. 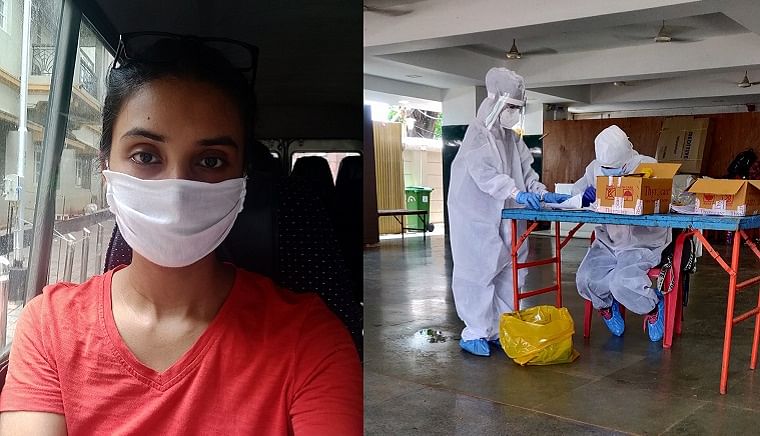 Oshin Quarantino Day 3: How I got COVID-19 test free of cost in Mumbai

The following day I was told that I had tested positive. Meanwhile my mother tested negative and was sent home.

My tests were revealed through a phone call by the BMC and I was shifted to the COVID-19 ward where I joined my father and brother.

This ward was a wedding hall that was converted for the stay of COVID-19 patients. Here, I was given a dose of medicines twice a day for 10 days.

Doctors would visit daily to check on patients. They would also ask us to do regular exercises and yoga.

Finally, on the fourteenth day I was discharged and sent home with a certificate.

A second test wasn't done since I didn't show any symptoms and my sense of taste and smell was back to normal.

Note: Every ward has been assigned a quarantine facility to look after Covid-19 patients with mild symptoms. Those who are severely ill aren't admitted here and are generally sent to a state-run hospital. The tests and medicines provided are free of cost.