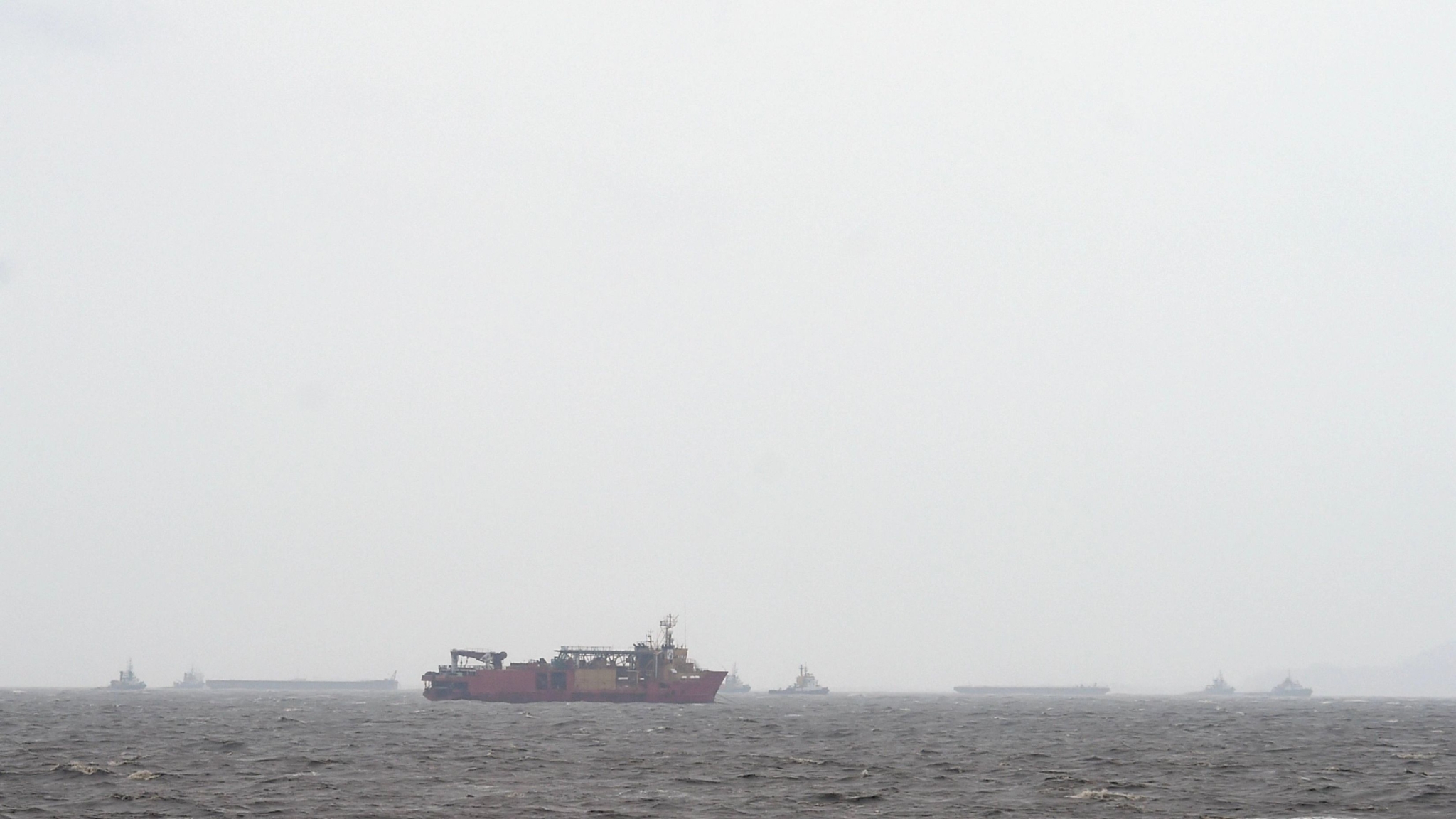 Police and coastal security were on alert after an unidentified mini-barge hit the rocks off the coast near Bhuigaon village in Maharashtra's Palghar district, officials said on Thursday.

The boat is stranded on a rocky stretch around 4 kms off the coast and no identification name or flag is visible, sparking suspicions among the Palghar police and the Indian Coast Guard.

Deputy Commissioner of Police, Mira Bhayander-Vasai Virar, Sanjeevkumar Patil said: "We are keeping a close watch on the vessel and investigating further, though it's practically impossible to approach it."

The police conducted a drone survey and alerted the Coast Guard which is understood to have carried out an aerial survey, but could not identify the vessel.

Now, the Maharashtra Maritime Board (MMB) has been approached to help out in ascertaining the vessel's antecedents.

From a distance through binoculars, two persons are seen on the mini-barge, but police declined to confirm their presence or whether they are engaged in any suspicious activity.

Some local fisherfolk first noticed the vessel late this morning and informed the local police as it was drifting without any visible crew on board, and now further operations will be taken up on Friday morning.