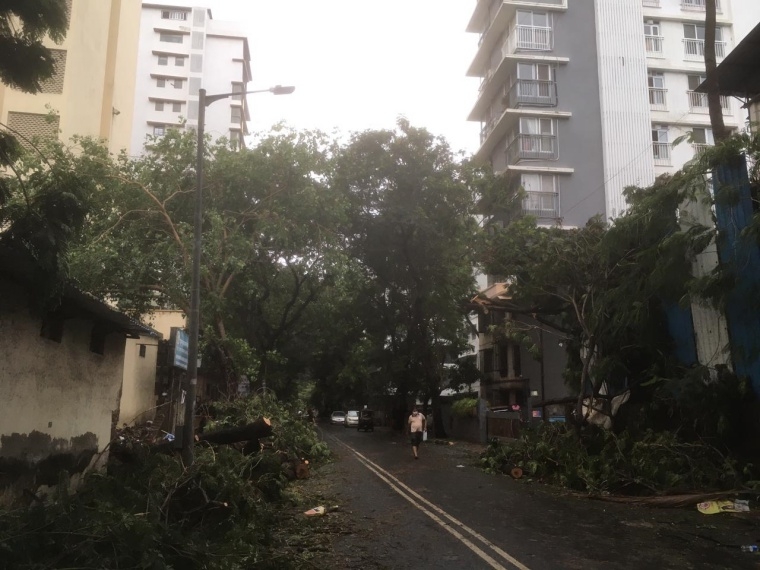 In an attempt to restore the green cover of Mumbai that suffered major damage during the cyclone Tauktae early this month, several Bollywood celebrities have come forward to adopt the pits of the uprooted trees. The movie artists will replant fast-growing trees in consultation with tree experts and horticulturists appointed by the Brihanmumbai Municipal Corporation (BMC).

The drive is part of a campaign - 'Adopt a Fallen Tree Pit - Be a Guardian Of The Greens!' is launched by the K West ward office of the BMC, that covers the upscale areas - Juhu, Versova, Andheri West, Oshiwara and Lokhandwala which is also the home to many Bollywood celebrities. Civic officials said apart from restoring the green cover of the city, another primary objective of this drive is to spread awareness about conservation of nature, on the eve of World Environment Day (June 5).

The idea of the campaign was conceived by Vishwas Mote, assistant municipal commissioner and in-charge of KW ward. He said that celebrities like Hema Malini, Ayesha Jhulka and Vivek Oberoi have already extended their support for the drive, while the civic body expects more celebrities to join the cause in the coming week.

"From next week, we are planning to keep a plantation drive on every alternate day. Our ward has lost more than 300 trees, while more was uprooted due to the gusty winds. We are sure that this initiative will send a positive message to everyone considering world environment day is just round the corner, " Mote told FPJ.

Furthermore he also mentioned that this initiative is not just for celebrities but is open for anyone living in this area. Mote also said that through the campaign it attempts to spread awareness among citizens about different species of plants and trees along with their blooming seasons. Mumbai: Here's a look at city's COVID-19 status as issued by BMC on May 28

"This is an inclusive campaign where anyone can adopt a pit and plant a sapling. Most of the pits are identified by the garden department and we have appointed nodal officers, tree experts and horticulturists who will be overseeing the process. The people can also contact their local corporator for detailed information," said Mote.

Dhaval Shah, founder and spokesperson of Lokhandwala Oshiwara Citizen's Association (LOCA), have said that considering the loss of green cover, there's a need to plant more trees in K-west in order to balance the oxygen level.

"Its a good initiative that BMC has included the citizens for such a campaign, the initiative can also be extended if in future schools and children could also be roped in this campaign," Shah told FPJ.

Meanwhile, alongside this many other wards have also started similar initiatives. Citizens with support of NGOs and environmentalists have started to replant trees on the pits from where the trees collapsed.

Asif Zakaria, senior corporator from Bandra west, which also lost many trees due to the cyclone said that he is in talks with the BMC for initiating a mass plantation drive on world environment day.

"Many residents have replanted some of the fallen trees but there has been no expertise so we are in talks with BMC so that we can be able to start a mass plantation drive in my ward on June 5, where we will be planting saplings on the pits," Zakaria told FPJ.

Prithviraj Chouhan, assistant municipal commissioner of M west ward also said owing to the loss of green cover he is planning to plant close to ten thousand saplings in his ward by using the Miyawaki method of plantation.