Deshmukh has sought quashing of the five summons issued to him by the ED.
Urvi Mahajani 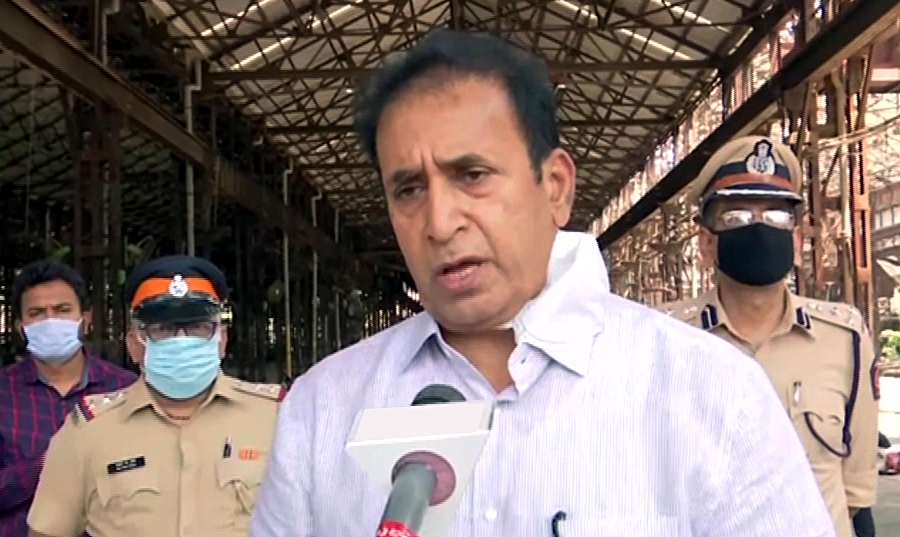 Mumbai: The Bombay High Court will decide on September 13 whether a single judge bench or a division bench (comprising two judges) should hear the plea by former home minister Anil Deshmukh seeking quashing of the summons issued to him by the Enforcement Directorate (ED) in alleged money laundering case.

Deshmukh has sought quashing of the five summons issued to him by the ED.

On Thursday when Deshmukh’s plea came for hearing before Justice SK Shinde, solicitor general Tushar Mehta, appearing for ED, pointed out that the HC Registry Department had raised a query saying that the plea should be heard by a division bench of HC.

Mehta said that they had no objection to justice Shinde hearing the plea but things need to be clarified before the arguments begin. “We are not raising an objection (to single judge bench hearing the petition). The registry created some confusion. So we thought it was better to get it clarified. … We are here to assist the court. We’ll go by what the court says,” said Mehta.

“Let ED raise preliminary issue in writing on which bench should hear the matter. Then court can pass an order since such an issue may arise in other cases as well,” said Chaudhri.

Justice Shinde said that he decide on the query raised by the HC registry and pass necessary order. “The registry has raised this objection. I will deal with this issue and pass orders,” said Justice Shinde.

The ED had initiated a probe against Deshmukh and his associates after the CBI filed its FIR against the NCP leader on April 21 on charges of corruption and misuse of official position.

Deshmukh has sought quashing of the case and summons stating that it was a result of “political vendetta”.

During the hearing on Thursday, Chaudhri said: “This is a case where repeatedly they (ED) are creating undue sensation with selective leakage of information. They are issuing summons and now a look out circular despite the applicant (Deshmukh) writing to them that the case is pending before the courts and seeking to appear virtually before the agency,”

Chaudhri also said that till date the ED has not given them a copy of the Enforcement Case Information Report (ECIR) or any document and accuse that Deshmukh is not cooperating.

Deshmukh has claimed in his petition that the ED case was based on the “malicious statements” made by dismissed cop Sachin Waze, who is presently in jail in the Antilia bomb scare and killing of businessman Mansukh Hiran case.”

His petition reads: “The statements made by Waze, a tainted cop, are absolutely false and concocted with a malafide intention to defame and frame the applicant (Deshmukh) with ulterior motives.”

Deshmukh has refuted the claims by ED that while serving as a home minister, he (Deshmukh) misused his official position and through Waze collected Rs 4.70 crore from various bars and restaurants in Mumbai.

Deshmukh has added in his plea: “The entire claim of Waze giving Rs 4.70 crore to the applicant (Deshmukh) and the same amount being routed by the applicant’s family is factually incorrect.” It added that the amount received by the Shri Sai Shikshan Sanstha was donations made before the period in which Waze alleges to have received illegal gratification from bars and restaurants.

He has also said that – “There was never any cash received as illegal gratification from bar owners as claimed by Waze.”

Besides, Deshmukh has said that Waze was reinstated in the police force by the then Police Commissioner Param Bir Singh.

On June 25, ED had arrested Deshmukh’s personal secretary Sanjeev Palande and personal assistant Kundan Shinde under the Prevention of Money Laundering Act. Palande has also approached the HC challenging the case registered against him.

The CBI lodged its FIR against Deshmukh after it conducted a preliminary enquiry against the NCP leader following an order from the HC on April 5.

Denying all the allegations, Deshmukh resigned from the home minister’s post on April 5.