Taking note of The Free Press Journal's series ‘Pothole Perils', which brought into sharp focus the menace of pockmarked, pathetic condition of roads in various parts of the city, the BMC swung into action and has repaired several stretches of roads that were highlighted in the series. --DIPTI SINGH & PRATIP ACHARYA

Filterpada in Powai
Published: August 3
Officialspeak: An official from BMC’s S ward (Bhandup, KanjurMarg, Powai) said, “Our team inspected the stretch near Filterpada, filled the potholes and levelled them within a week. The hot mix that we use to fill the potholes washes away if it rains, hence, we have to wait for a completely dry spell to fill the potholes. This was the reason for the delay.” Officialspeak: “Potholes on the entire stretch of Sakivihar between Andheri east and Powai have been filled and levelled. There are times when we do not have stock of hot mix to fill the potholes or it’s delayed. However, as soon as the potholes are brought to our notice or we receive complaints, our team fills it up,” said an official from the roads department. 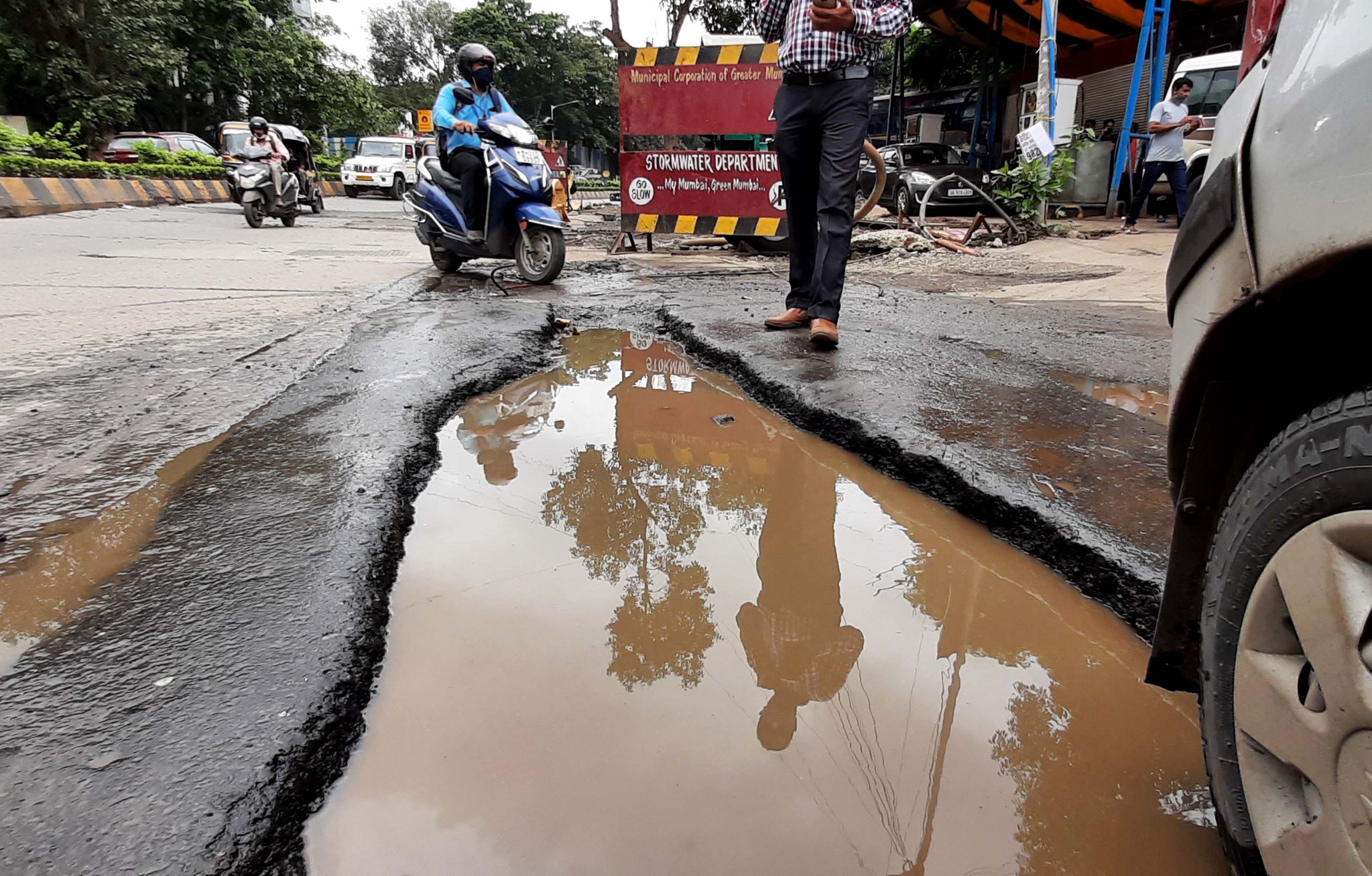 Officialspeak: “The BMC is only responsible for the maintenance of roads, while the highways are maintained by different agencies like MMRDA, MSRDC, public works department (PWD). This particular flyover is under MSRDC. As far as potholes in the roads are concerned, we immediately address the issue as soon as we receive complaints,” said an official of R central ward (Borivli, parts of Charkop) Officialspeak: “The roads in Aarey Colony were already in the process of repair. We have already filled the potholes and levelled the road,” said a PWD official. (PWD maintains the roads inside Aarey colony)