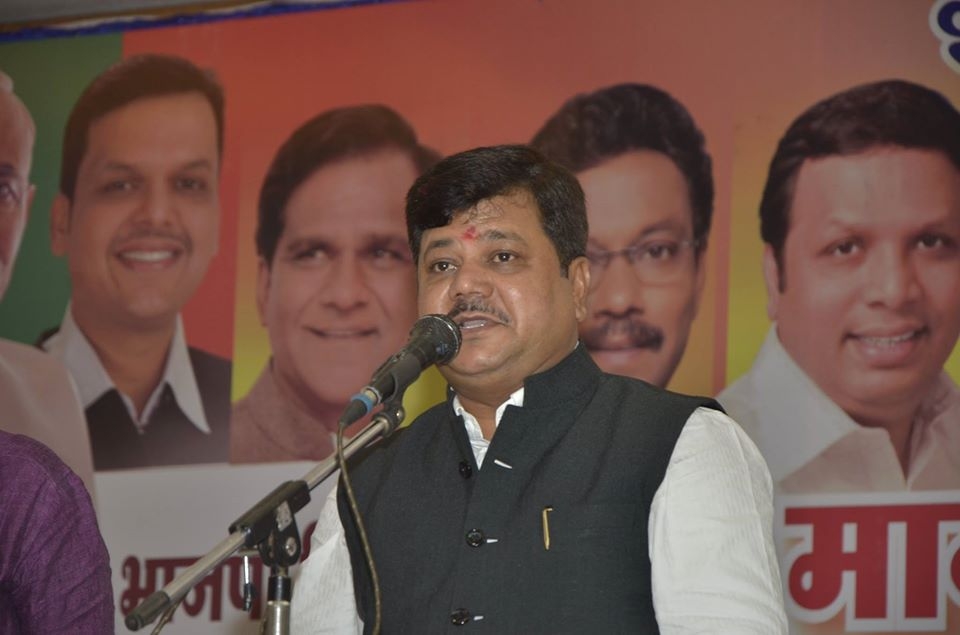 Nagpur: Devendra Fadnavis' close confidant Pravin Darekar has been appointed as the leader of opposition in the Maharashtra Legislative Council. However, party veterans and loyalists Sujitsingh Thakur from Osmanabd district and former Mumbai unit chief Bhai Girkar missed the boat.

Darekar, who joined BJP after deserting Maharashtra Navnirman Sena, became Fadnavis' blue-eyed boy during the BJP-led government. Fadnavis extended his support to Darekar who is also the chairman of a leading cooperative bank. The previous government issued notification for self redevelopment to old buildings for which Darekar-led bank is providing money. 'I am Savarkar': BJP MLAs including Fadnavis wear caps to slam Rahul Gandhi

Incidentally, the Maha Vikas Aghadi government took the opportunity to expose BJP’s division over Darekar’s selection. The leader of house in the state council and senior Shiv Sena minister Subhash Desai read out the letter received from BJP suggesting Thakur’s name for the post of leader of opposition.

Desai wondered how Thakur’s name was replaced and taunted BJP that the treasury benches were ready to welcome Thakur as new leader of opposition. However, Desai, who was joined by treasury members, wanted to know what forced BJP to appoint an ‘’outsider’’ Darekar bypassing the genuine party leaders.

Meanwhile, Darekar, who has travelled from Shiv Sena to MNS and now in BJP, after assuming his post said he will make efforts to take up issues including farm crisis and unemployment.

Darekar has come a long way. A son of state transport bus conductor started his politics as a youth activist in Shiv Sena later he shifted his loyalty to MNS chief Raj Thackeray. However, in view of constraints on his growth in MNS, Darekar swiftly migrated to BJP and joined Fadnavis' camp.