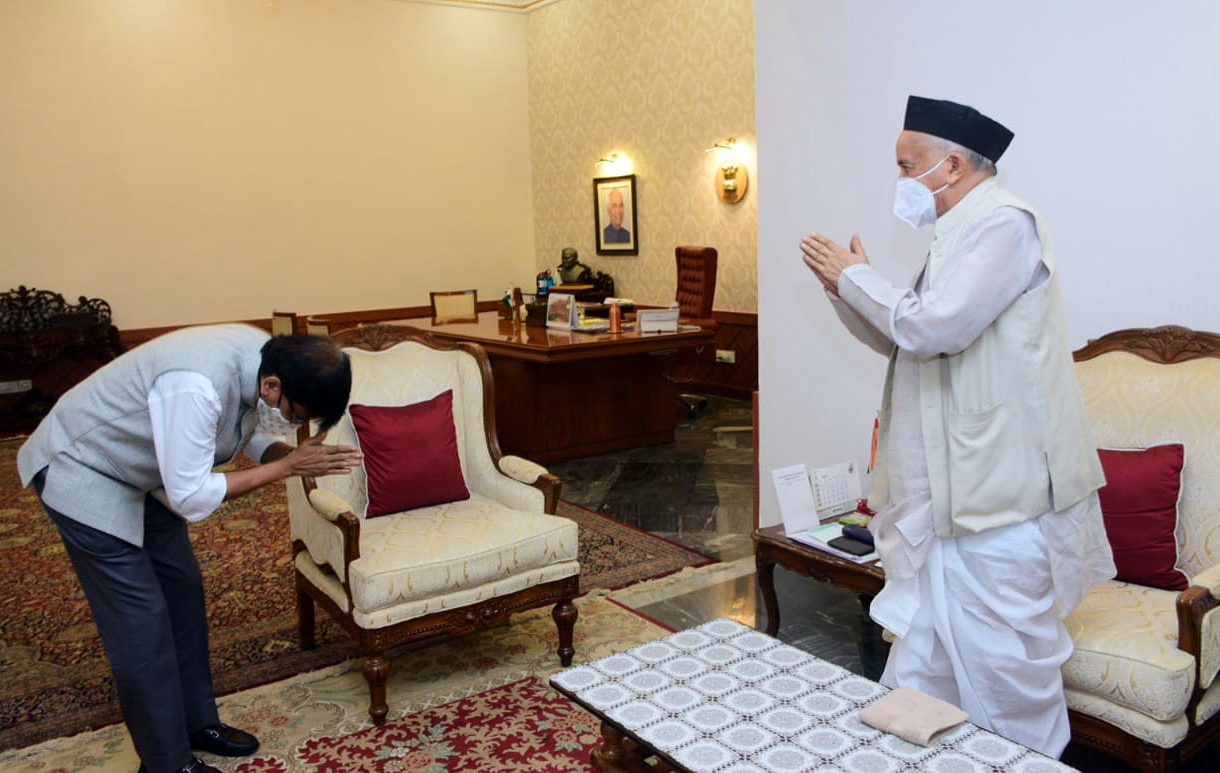 Shiv Sena Member of the Parliament (MP) Sanjay Raut, on Saturday, met Governor Bhagat Singh Koshyari, a day after the latter had expressed displeasure over Minister of Higher and Technical Education Uday Samant approaching the University Grants Commission (UGC) seeking the cancellation of final year degree exams during the coronavirus pandemic. Three days had also passed since Chief Minister Uddhav Thackeray had skipped the meeting convened by Koshyari to review the crisis and the government’s containment strategy.

Raut later told reporters that the governor and the CM share a father and son relationship. A Raj Bhavan statement described the meeting between Raut and the governor as a ‘courtesy call’.

The Shiv Sena leadership was apparently angry over the leaders of the opposition visiting the governor earlier this week and complaining that the state government had failed to keep a check on the spread of the virus.

"The governor and the CM have no conflict between them. They share a father-son relationship and it will remain like that," Raut told reporters.

Later, the Raj Bhavan tweeted a photograph of Raut bending with folded hands in front of the governor.

To which Raut tweeted, "Well! @bskoshayari is elder to me so this namaskar. Otherwise, we had a good interaction. I told him not to worry, our MVA government under the leadership of @officeofUT is running fine.”

Today’s meeting is also important as the relations between Shiv Sena and the Raj Bhavan had become strained after Koshyari did not clear Thackeray’s nomination from the Governor’s quota for the legislative council despite two recommendations made by the state cabinet. Raut, executive editor of the Sena mouthpiece Saamana, had then criticised the Raj Bhavan and suggested that it should not become a centre for political conspiracies.

However, the governor later urged the Election Commission to hold elections to the nine seats of the legislative council, as Thackeray had to become a member of either house before May 27. Thackeray and eight others were later elected unopposed.