Cyclone Tauktae: From name meaning to areas that will be affected in Maharashtra- Here's all you need to know about the cyclonic storm

Cyclone Tauktae: From name meaning to areas that will be affected in Maharashtra- Here's all you need to know about the cyclonic storm | AFP

The IMD on Thursday issued a warning that a low-pressure area formed over the Arabian Sea is likely to intensify into a cyclonic storm by May 16, which may bring heavy rainfall to Mumbai, some places in Goa and south Konkan region and also Gujarat.

The low-pressure area over the Lakshadweep region is likely to concentrate into a depression on Saturday morning and then intensify into a cyclonic storm by Sunday morning, the India Meteorological Department said in a release.

The cyclonic storm has been named 'Tauktae'. Tauktae, which means 'gecko' in the Burmese language, will be the first cyclone of this year. The name has been given by Myanmar.

Areas that will be affected in Maharashtra

The cyclone is very likely to intensify further and move north-northwestwards Gujarat and adjoining Pakistan coasts, it said.

It is likely to reach near the Gujarat coast around May 18 evening, the IMD added.

As the region is going to be affected by cyclone storm, the rains would be accompanied with gusty winds with a speed ranging from 50 kilometre per hours to 80 kmph in next 5-6 days.

Raigad is also expected to witness thunderstorm with lightning and gusty winds from Saturday onwards.

Kolhapur and Satara in Western Maharashtra are expected to receive heavy to very heavy rain at isolated places in ghat areas on Sunday and Monday, while the similar warning is issued for Pune on Monday only, the report stated. 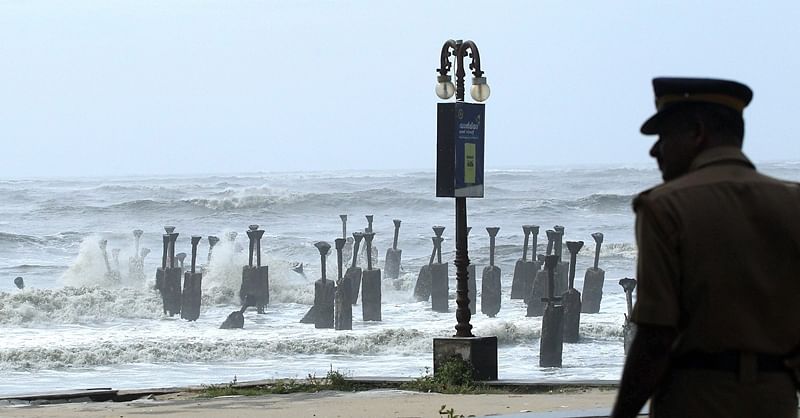 HomeMumbaiCyclone Tauktae: From name meaning to areas that will be affected in Maharashtra- Here's all you need to know about the cyclonic storm