Even as the BrihanMumbai Municipal Corporation (BMC) floated a global tender to procure 1 crore COVID 19 vaccines, the Maharashtra Government has dropped its plan to follow suit, citing procedural, legal and clinical issues.

Instead, the state government will press the Centre for additional supply of vaccines; as well as pursue the matter with the manufacturers, Serum Institute of India and Bharat Biotech.

The state government has also sent mails to the Russian Direct Investment Fund and its Indian partner Dr Reddy’s Laboratories for procurement of Sputnik V but it is yet to receive responses from them.

The state government was forced to temporarily suspend the inoculation in the 18-44 age group following a shortage of vaccine doses. The State government, which is currently totally dependent on the Centre for supply, has decided to inoculate 45 plus and administer their second dose.

Despite the crunch, Chief Minister Uddhav Thackeray expressed reservations over the proposed import of vaccines.

A senior bureaucrat, who is a key member in the implementation of the vaccination drive in the state, told Free Press Journal, ‘’The Drug Control General of India and the Indian Council of Medical Research have not yet cleared the import of Moderna, Pfizer and Johnson & Johnson vaccines. They have allowed import of Sputnik V but still it is at an intermediate stage. The Centre will fix the rate after necessary regulatory processes are done. Moreover, Pfizer and Moderna have sought indemnity protection before they bring their vaccines in India. However, the government has not yet cleared it. They want to sign Indemnity clause absolving them from paying any legal cost in case of an adverse event. The state government will wait till this issue is sorted out at the Central government level.’’ He said the state government is of the view that the vaccine prices will be a major issue if it decides to import. ‘’ There is every possibility that the Comptroller and Auditor General may question the government’s move citing the price differentials, especially since SII is charging Rs 300 per dose of Covishield and Bharat Biotech Rs 400 per dose for Covaxin,’’ he noted.

A senior minister said the cabinet was of the view that exploring an import option may prove infructuous at this point of time and it may turn out to be a gimmick. ‘’There is no approval from the Centre nor is there any knowledge of stocks available with the manufacturers from abroad and their preparedness. The cabinet therefore suggested that the government should focus on regularly taking up with the Centre the additional vaccine procurement and also with the SII and the Bharat Biotech, even as it awaits the response from Sputnik,’’ he noted.

He said CM has already communicated to the Centre that the government is prepared to pay Rs 6,500 crore at one go to procure 12 crore vaccine doses for around 6 crore people in the age group of 18-44 years.

Read Also
Efficacy of COVID-19 vaccines should not be lower than 60%: Mumbai Mayor Kishori Pednekar after BMC... 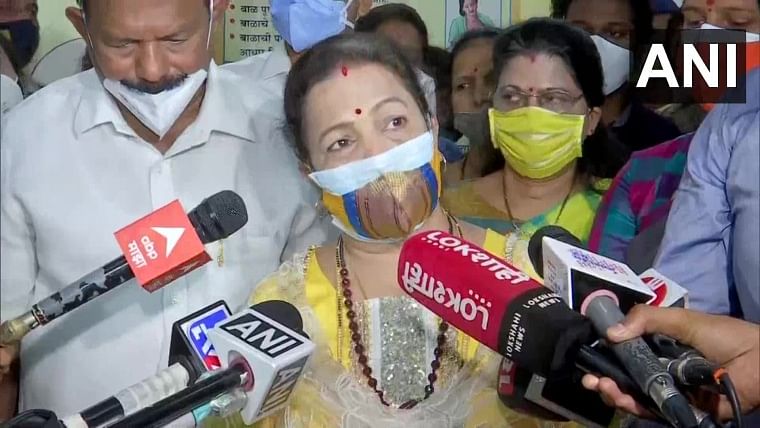