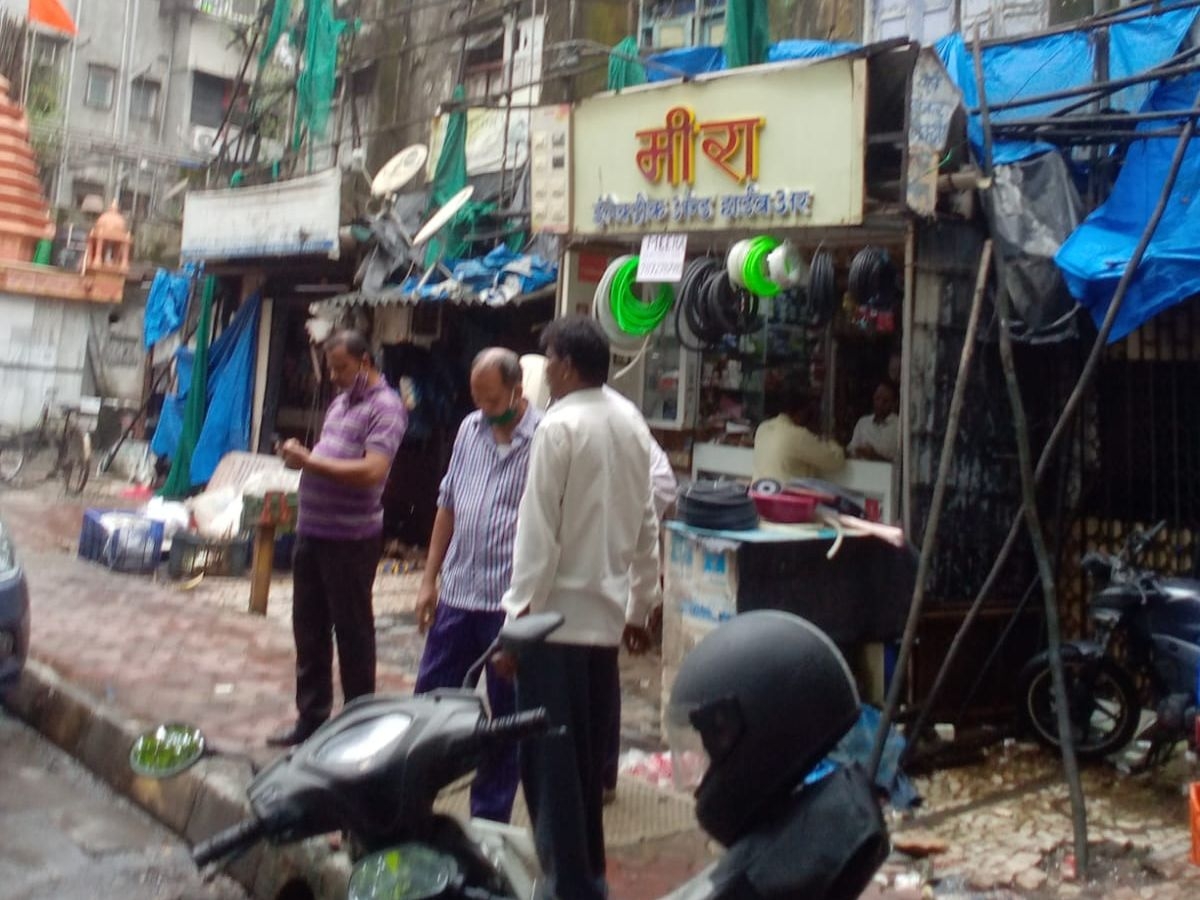 A tenant and two shopkeepers have been risking their lives and residing in a ground-plus-two storey building in Mulund declared dilapidated and listed under the C1 category (highly dangerous) by the Brihanmumbai Municipal Corporation (BMC). Those who were able to afford rented flats, the tenant claimed, have vacated the building. The rest have been waiting to get a nod for redevelopment for more than five years.

Vyas Wadi is a 60-year-old building on SL Road, near the rationing office in Mulund (West). The building was owned by two brothers. "One of the brothers settled the matter with the developer and vacated his portion. The other landlord demanded more space and returns from the developer. This led to delay in the redevelopment process," claimed a resident, on the condition of anonymity.

A 60-year-old, who lived in the building for 50 years before he vacated his flat, claimed BMC had issued a notice declaring the building under the C1 category 4 years ago. "However, seeing the condition of the building, tenants started vacating it for their safety before that. Many shifted to their relatives' place. Some shifted to the suburbs where the rent is low. I too shifted more than 5 years ago and stayed in a flat with a rent of Rs 20,000 per month," he said.

The tenant who is staying can't afford the rent. He is also scared that his flat will be occupied if he vacates it, so he is risking his life. “The two shopkeepers are worried about the loss of business," he said. "Once the building goes for redevelopment, the tenants may get monthly rent from the developer. It will help in times of crisis," added the tenant.

The landlord of the building could not be reached for comment.

Chakrapani Alle, assistant municipal commissioner, T Ward said, "I have recently taken charge in this ward. I will check with the executive engineer to get details of the dilapidated building and initiate action against them."