According to the Valsad police, they had received specific information about the black marketing

A top executive of Bruck Pharma, Daman, and his associate were arrested by a team of Valsad Police in Gujarat on Friday, for allegedly black-marketing Remdesivir, currently in high demand for the treatment of Covid patients.

The accused have been identified as Varun Kundra, a furniture shop owner and Manish Singh, who claims to be a technical director in Bruck Pharma, which exports Remdesivir. Surprisingly, Mumbai Police had, on Saturday night, brought in another Bruck Pharma director, Rajesh Dokania, for questioning on receiving information about the stocking of a large quantity (60,000 vials) of Remdsevir by a pharmaceutical company. Acting on specific information, on April 17, Dokania was called to the BKC police station for inquiry.

Meanwhile, according to the Valsad police, they had received specific information about the black marketing, which led to the arrest of Kundra and Singh.

Superintendent of Valsad Police Rajdeepsinh Zala said, ”We had received information that a furniture shop owner, namely Varun Kundra in Vapi, was selling Remdesivir injections and hence a team from our special operations group approached him and said they needed 12 injections. He said we would have to pay Rs 12,000 per injection, which would work out to Rs 1.44 lakh for a dozen. He was apprehended by our team with the goods and on being questioned about the source of the injections, he told us he had taken the injections from one Manish Singh, a top executive at Bruck Pharma and also his friend. Our team then asked him to contact Singh and ask whether he had any more vials with him. He told us that Singh had six more vials and was then told to ask Singh to bring those along. When Singh came with the vials, we arrested him too. So, in all, we have seized 18 vials from the duo. Singh told us that he is a top executive in Bruck Pharma and is a technical director in the firm.” He further said that Singh was not on the board of directors but was associated with the firm.

Another officer said, “It looks like he was obtaining the vials from the firm without authorisation. So far, no involvement of the company's owners has emerged and it looks like he was working on his own, to earn more money. Our probe is underway." Both of them have been booked under relevant sections of the Indian Penal Code and Essential Commodities Act, the Disaster Management Act, and the Drugs and Cosmetics Act.

Leader of Opposition Devendra Fadnavis had enquired why the director of the pharmaceutical company had been called to the police station.
Later, Fadnavis had said that the owner of Bruck Pharma, Daman, who had come forward to supply 50,000 vials of Remdesivir to Maharashtra on the request of BJP leaders, was allegedly detained and threatened by the Mumbai Police.

According to the Mumbai police, “They (BJP leaders) were
informed that necessary legal action will be taken against those illegally hoarding Remdesivir. The director of thepharmaceutical company was questioned and later allowed to go, after he was asked to be present for inquiry whenever called." 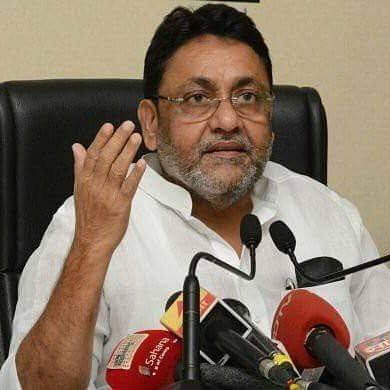