BMC warns of water cuts, while IMD of heavy rains 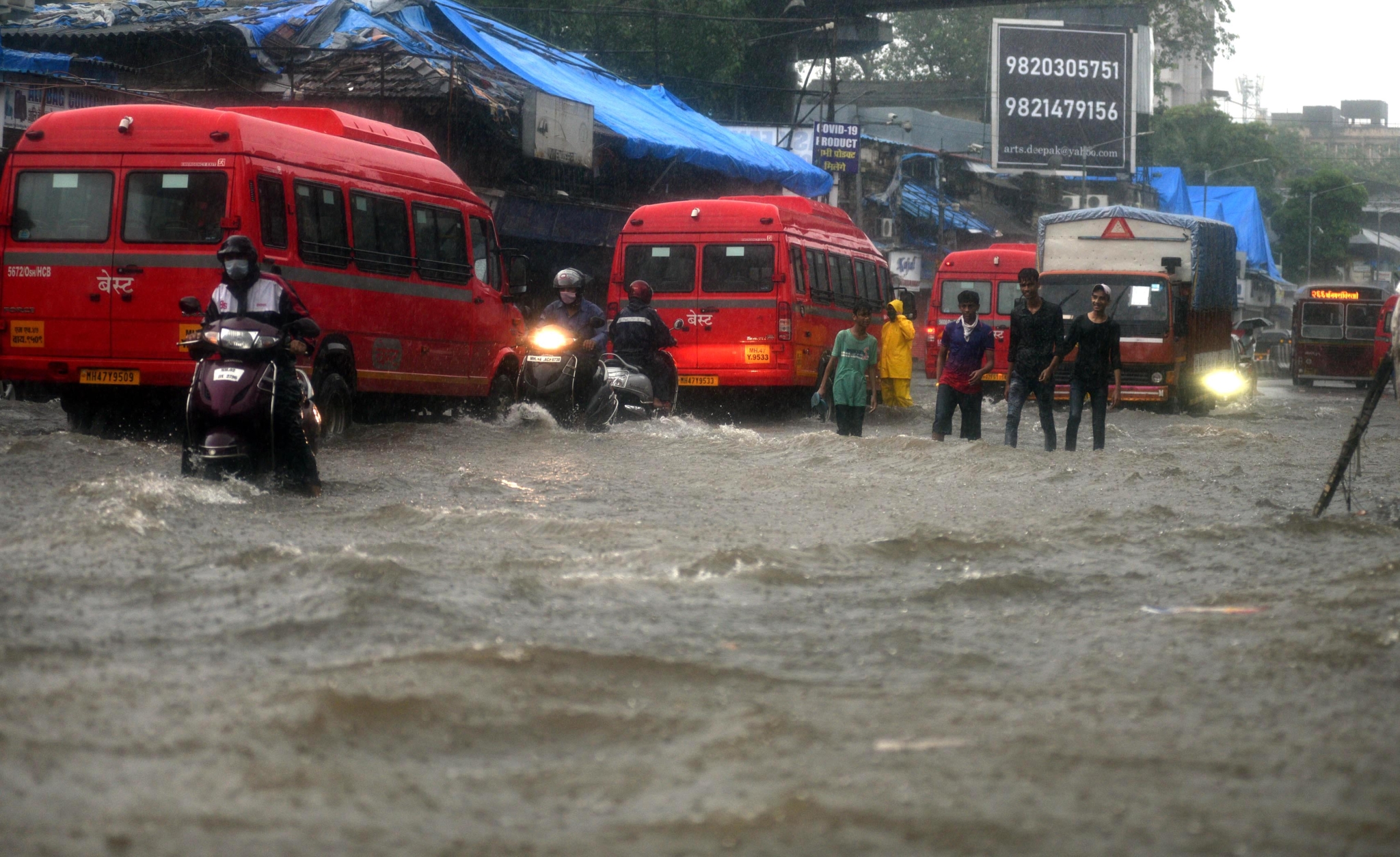 Hinting at what possibly can bring a sigh of relief to Mumbaikars, the meteorological officials on Monday stated that there's a chance of heavy rains in Mumbai and its adjoining districts between August 3 and 6.

Mumbai is presently experiencing a 20 per cent cut in daily water supply from August 1. The BMC has reduced water supply as there is inadequate rainfall in the catchment areas. Mumbai gets water from seven lakes - Bhatsa, Tansa, Upper Vaitarna, Middle Vaitarna, Modak Sagar on Thane Nashik Belt and Tulsi and Vihar lake in Sanjay Gandhi National Park.

Despite heavy showers last month, till July 31, the potable water stock in all these lakes were less than 35 per cent.

"There are chances of heavy rainfall between August 3 and 6 in Mumbai and its surrounding districts. The rains will intensify following August 4 and we also expect heavy rains in the catchment areas of the lakes as well" stated Mahesh Palawat, vice president, private weather forecast centre, Skymet weather.

"The July rains were heavy in the city, but there was inadequate rainfall in the catchment areas, which are mainly located outside Mumbai. Hopefully the August rains will fill the void,” said Palawat.

Senior scientists of Indian Meteorological Department have also stated that the monsoon deficiency of northwest India will be covered soon.

The BMC has stated that water cuts will be revoked if there is adequate rainfall in the catchment areas. "Both IMD and Skymet had predicted that Mumbai and its adjoining districts will receive intense rainfall for 15 days in July. However, the showers received in the catchment areas were not enough and water level didn't even rise to 35 per cent," said a senior official of the BMC hydraulics department.

In the July rains, only the Vihar and Tulsi lakes were filled due to heavy showers. However, these lakes supply only one percent of the potable water to the city.