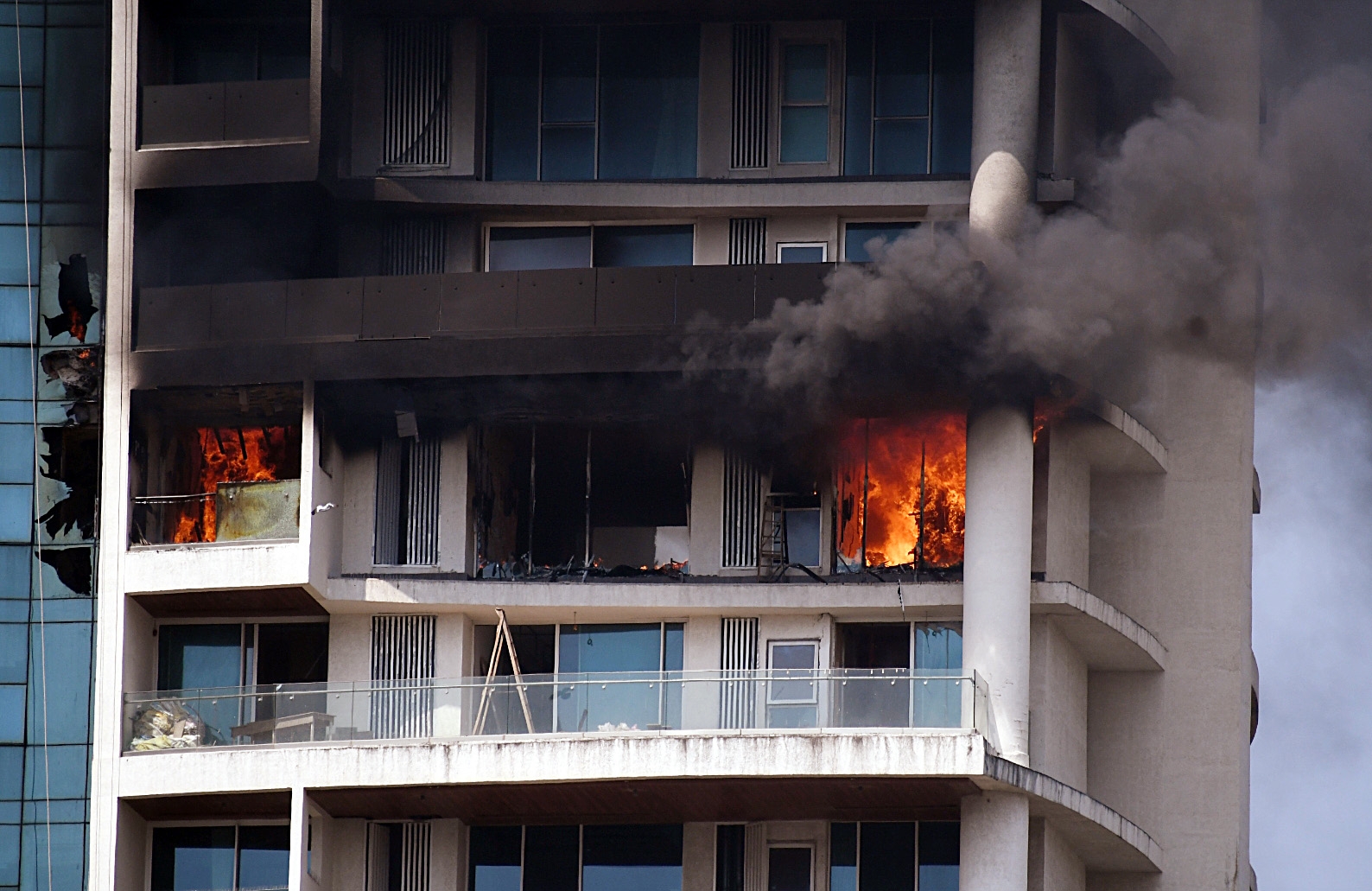 Maharashtra, Oct 22 (ANI): Smoke billows out as fire broke out on the 19th floor of the luxury residential towers Avighna park at Parel, in Mumbai on Friday. | (ANI Photo)

The fire at One Avighna Park at Curry Road that claimed one life has once again brought high-rises across the city under the BMC's radar for fire safety violations.

The civic administration has decided to reinspect the fire fighting and safety system of all high-rises and has warned legal action against housing societies violating safety norms.
Under the Maharashtra Fire Prevention and Life Saving Measures Act 2006, it is mandatory to set up a fire prevention system in a multi-storeyed building. Therefore, the civic body has decided to move court against societies/high-rises without these systems as per the provisions of the Act.

Societies/high-rises are required to submit a certificate to the fire brigade in January and June every year stating that the fire extinguishing and fire safety system in their buildings is fully functional and competent. However, fire accidents in the city have revealed that many are flouting this rule. A list of societies that are found violating these norms will be compiled soon.

A senior BMC official said, "It has time and again come to light that many high-rises set up fire-fighting systems but neglect maintenance and regular review of the functions." The official added that the case at One Avighna Park is the latest example. "The sprinklers in the building were slow to respond and the pressure was very low initially. The investigation in this matter is still on," the official said.
The tallest turntable ladder available with the Mumbai fire brigade is 90m long, which can reach up to 30-32 floors of a high-rise building. However, the city also has 60-70-storeyed buildings like in the case of One Avighna Park. The 90-m ladder owned by the Mumbai fire engine weighs 52 tonnes.

Another senior BMC officer said, "The tallest firefighting ladder in the world is 112m long. This vehicle weighs 72 tonnes. Mumbai’s roads are not made to handle this weight."
The chief fire officer (CFO) of the Mumbai fire brigade Hemant Dattatray Parab said that in such cases, the building’s internal firefighting system is the first and major responder.

"Systems of smoke detectors and sprinklers are the first responders in case of high-rise fires. Sprinklers, especially, play a crucial role in containing a low intensity fire and stopping it from spreading.”

Parab informed that the fire brigade teams at ward levels will be reinspecting whether the provisions and guidelines of the Maharashtra Fire Prevention and Life Saving Measures Act 2006 have been implemented in high rises and are maintained regularly.

"Action will be taken against those found violating these norms," the official said.