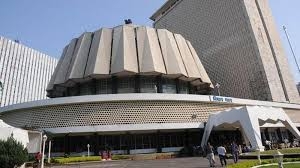 Even though the MVA government has decided to hold the Maharashtra Legislative Assembly Speaker’s election through voice vote instead of secret ballot, the opposition BJP will field its nominee. The BJP claimed that the government fears split in votes despite its claim of support of 170 legislators in the 288-member state assembly. Deputy chief minister Ajit Pawar said the opposition has every right to field its candidate.

The Rules Committee of the state legislature has approved holding the Speaker’s election through voice vote instead of secret ballot. The government on Wednesday is expected to move a motion in this regard for the passage of the house. The Speaker’s post has been lying vacant since the last nine months after the incumbent Nana Patole resigned to take over as the state Congress chief. Patole left for Delhi on Tuesday to get high command’s clearance for the party nominee.

The leader of opposition Devendra Fadnavis criticised the government for bypassing the secret ballot fearing a split in votes.