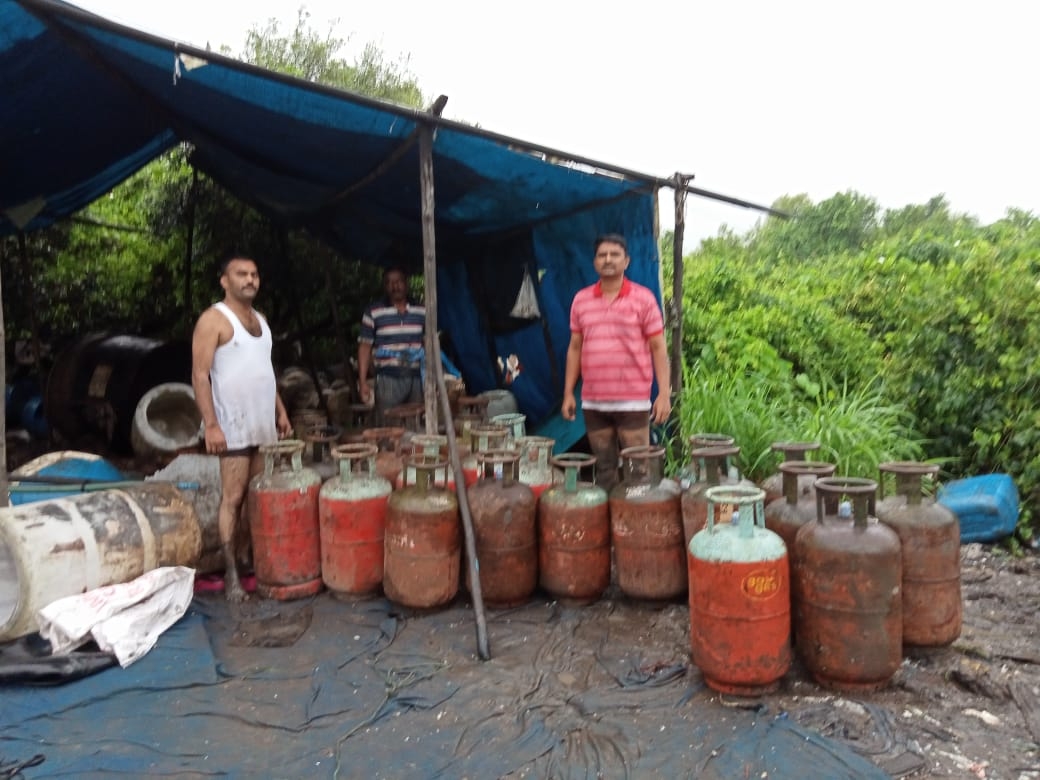 The notorious hooch mafia not only continues to raze its ugly head at regular intervals in the twin-city, but they seem to have upgraded their brewing apparatus in order to avoid detection. 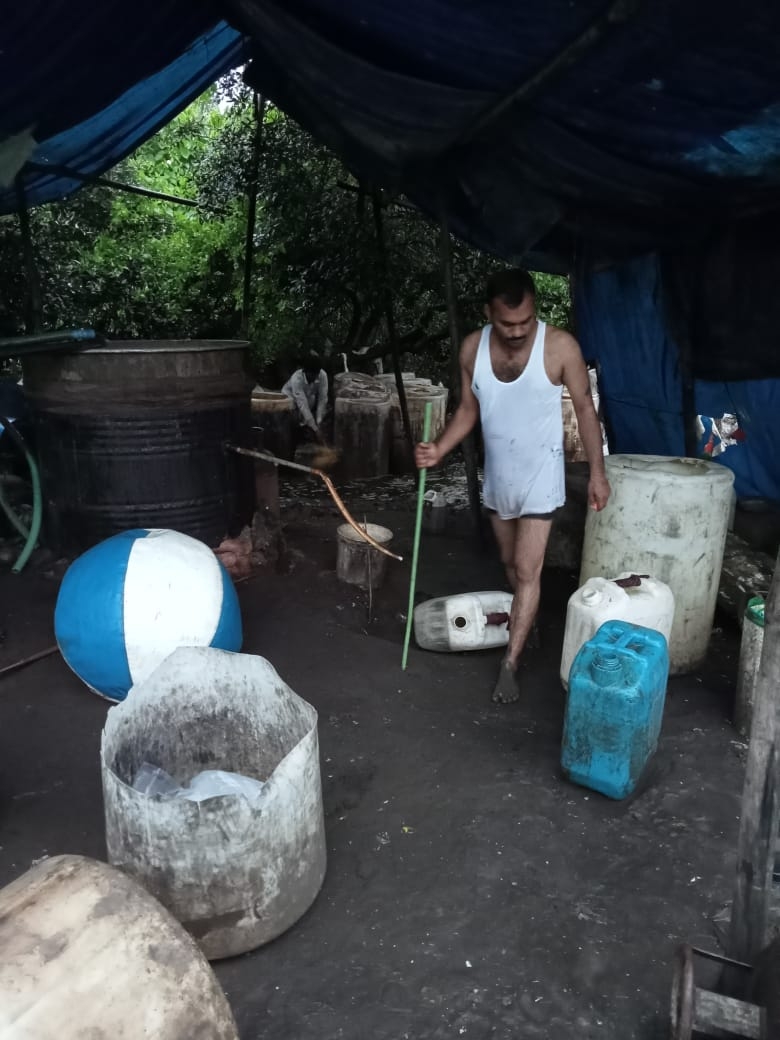 The police busted an illicit liquor brewing unit (haath-bhatti) which was operating deep into the marshy swamps in the interior stretches of the creek in the Murdha village in Bhayandar at around 4 am on Wednesday.

Acting on a specific tip off, a team from the Bhayandar police station led by API- Vishwas Babbar under the instructions of Senior Police Inspector- Mukutrao Patil had to paddle their way on a fiber boat from Bhayandar jetty to unearth the brewing den located amidst dense thickets of mangroves. Interestingly, the operators of the brewing unit were found to be using gas powered furnaces and other apparatus, instead of the traditional wood fuelled manual bhatti’s to minimize smoke emission and avoid police action. Raw ingredients including fermented jaggery wash, urea, gas-powered burners, 25 LPG cylinders and other manufacturing equipment were seized by the police team. While the police destroyed the equipment and chemical used to brew the illicit liquor, the den operators identified as-Raju Koli managed to evade the police dragnet.

The team comprising police personnel- Shinde, Mulla and Sanap sported half-pants and t-shirts as they had to literally wade through slush to weed out their target after the boat ride, officials said.The state excise commissioner has recently ordered crackdown on illicit liquor trade, while suggesting his officials to keep a tab on offenders and to effectively enforce the Maharashtra Prevention of Dangerous Activities (MPDA) Act. 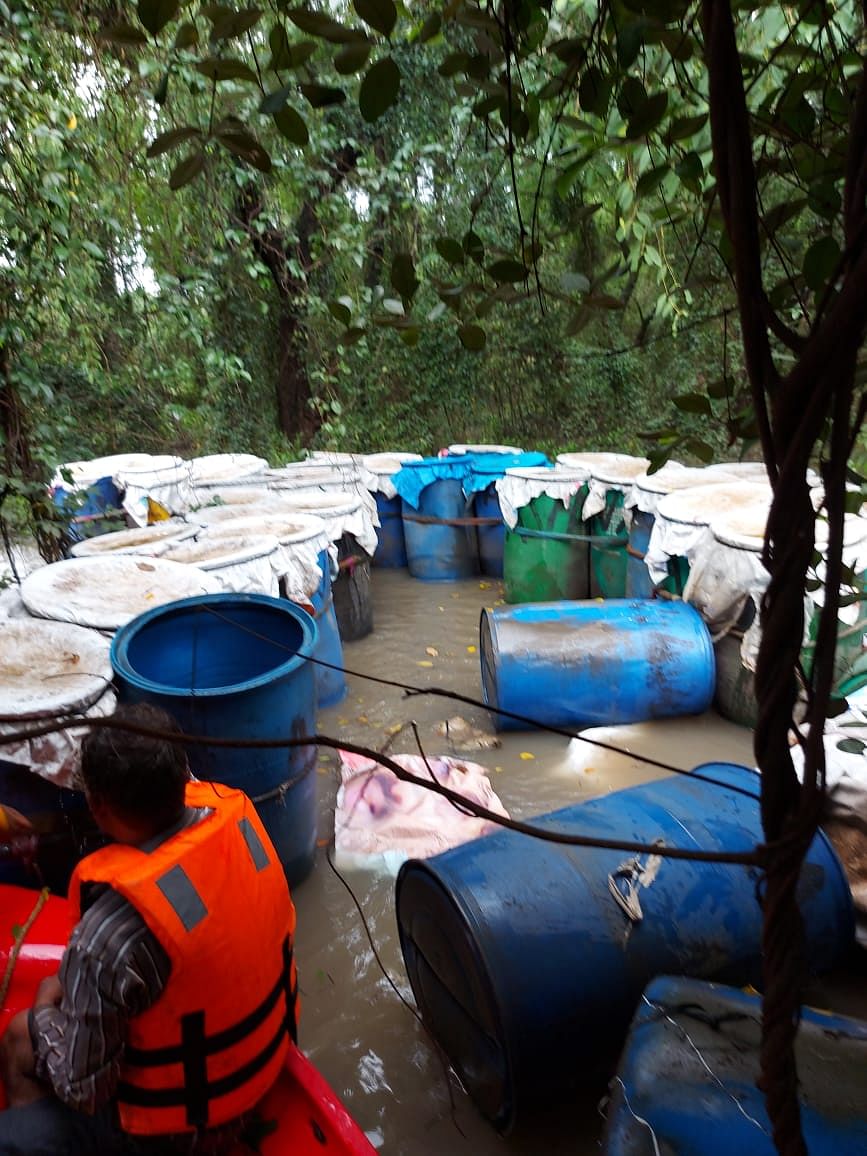 While cases under section 65 F (uses, keeps or has in his possession any materials, still utensils, implements or apparatus for the purpose of manufacturing any intoxicant) has been registered against the duo who are still at large, the police has hinted at action against gas dealers who provided the cylinders. Further investigations were underway.