Ayodhya Ram Temple to be ready by December 2023 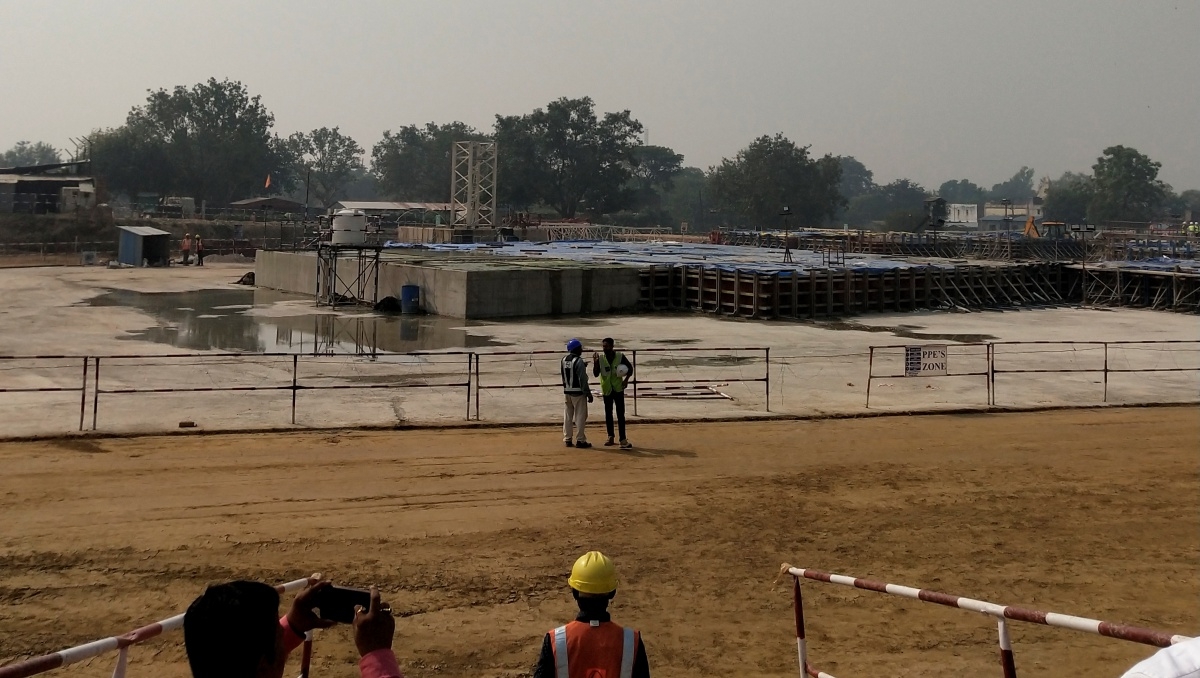 The Ram temple in Ayodhya, Uttar Pradesh, is expected to be ready by December 2023, according to Vishwa Hindu Parishad (VHP) Kendriya Sahmantri, Gopal. He coordinates with VHP leader and the general secretary of the Shri Ram Janmabhoomi Teerth Kshetra, Champat Rai, and has been overseeing the temple construction. A reporter from The Free Press Journal visited the site on the eve of ‘Deepotsav 2021’ organised by the Uttar Pradesh government.

Ayodhya is believed to be the birthplace of Lord Ram. According to Gopal, in the next 15 days, the temple foundation work will be completed. “The construction is steadily progressing and we aim to open the temple for ‘darshan’ from December 2023.”

He furthermore added that after completing the temple foundation work by using Mirzapur and Bengaluru granite, the plinth will be built. We went 40ft deep into the ground and with engineering mix, have completed the foundation work. Once the five-foot raft is completed, the foundation will be ready.”

When asked which states had sent stone for the temple construction, Gopal replied, “Mainly two states -- Uttar Pradesh and Rajasthan – have sent stone and other raw materials. Panchi Pahadpur sandstone will be used, while for the foundation, Jodhpur stone will be used. A lot of raw material has already come and is still being delivered. Also, granite from Bengaluru will be used. The temple will be 360 feet long and 235 feet wide, comprising five ‘shikhars’, of which the main one will be 161 feet, as high as a three-storey building.”

Around Rs 700-800 crore will be spent on the temple construction, while Rs 3,000 crore have been collected in donations, according to the temple trust authority.

Meanwhile, Union Minister of Tourism Gangapuram Kishan Reddy told reporters that Ayodhya would connect all states. “People from different states and countries will visit here. We are working together, so as to put Ayodhya on the map of international tourism. A lot of development will be carried out to promote Indian culture. Considering the tourism opportunity here, we are improving connectivity -- railways, roadways, airways. It will be one of the most crowded places of tourism,” he averred.

UP Chief Minister Yogi Adityanath told the media that along with the construction of the Ram temple in Ayodhya, there were various other projects being implemented by the Central government -- 500 temples and other religious sites in Uttar Pradesh were being given a facelift, with the work being carried out by his government.

As part of the ‘Deepotsav 2021’, the UP government, led by Yogi Adityanath, lit nine lakh lamps along the banks of the Sarayu, setting a Guinness record. At the event, the CM, in a public speech, criticised the previous government saying that before, public money was being used for ‘qabristans’ but under his BJP government, the funds were being used for the upgrade of temples. He declared that he had not forgotten his promise of building the Ram temple in Ayodhya. 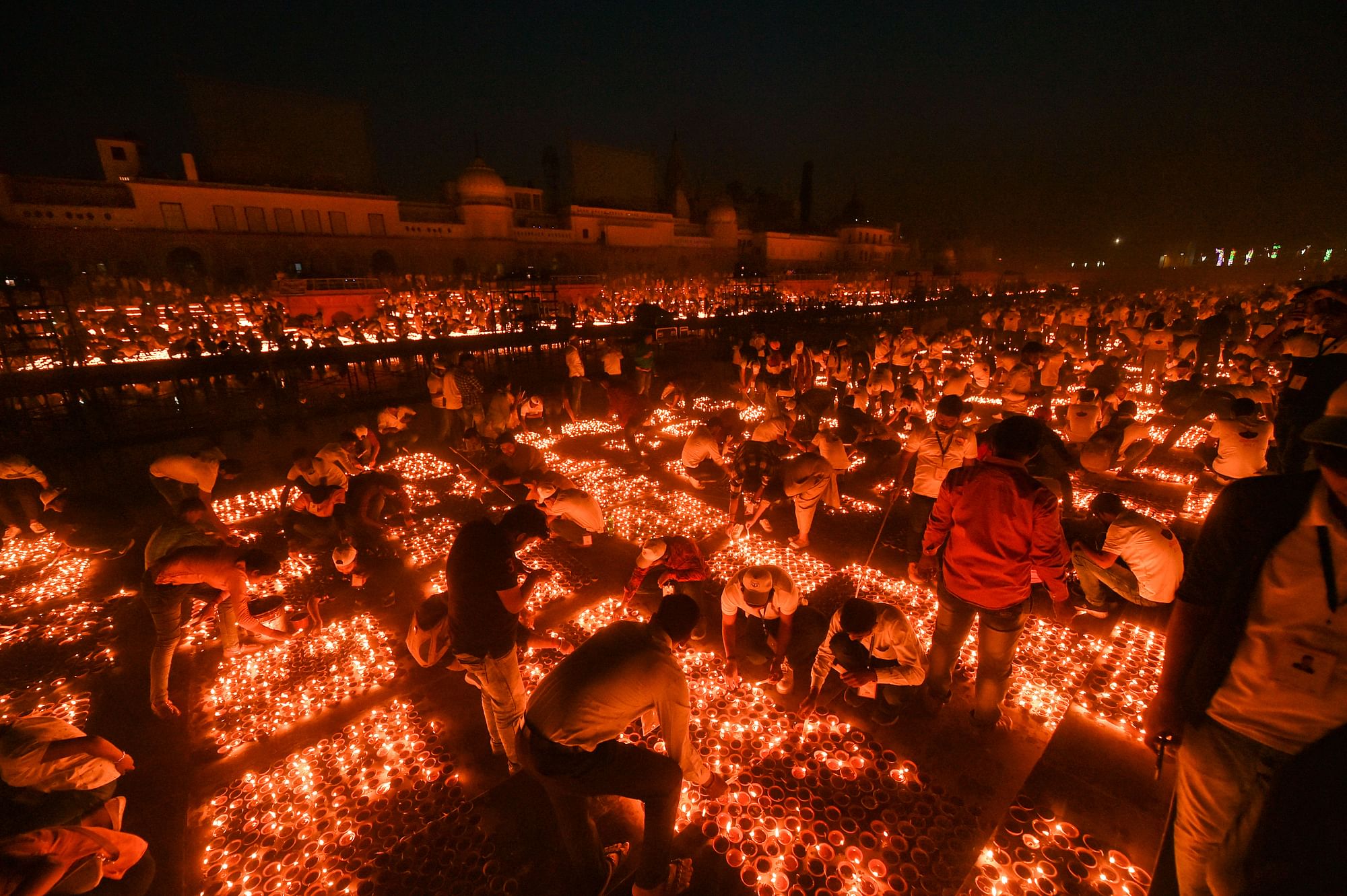