The fee is charged for a closer Darshan of the deity compared to those who get to see the deity from far, without paying any fee.

Mumbai: The Bombay High Court on Wednesday asked the Archaeological Survey of India (ASI) regarding the steps taken by it to implement its own direction to the Trimbakeshwar Devasthan Trust in Nashik to not charge Rs 200 for VIP Darshan.

A division bench of Chief Justice Dipankar Datta and Justice Abhay Ahuja also issued a notice to the central and state governments and asked the ASI and the temple trustees to file their replies over the VIP tickets being sold by the temple.

Advocate Ram Apte, appearing for the Centre and the ASI said he will take instructions on the issue.

The temple has been declared an ‘ancient monument’

The temple has been declared an ‘ancient monument’ under the Ancient Monument Preservation Act (AMPA). Being a protected monument, its ownership vests with the ASI.

According to the ASI, it has issued umpteen communications to the Trust since 2013 asking them not to charge the VIP fee. The fee is charged for a closer Darshan of the deity compared to those who get to see the deity from far, without paying any fee.

The bench was hearing a petition filed by a local social worker Lalita Shinde,through advocate Rameshwar Gite. Shinde had made several representations to the ASI pointing out that the charge for VIP entry was illegal and discriminates between the rich and the poor.

Based on the complaints, ASI wrote to the trust that placing a donation box in the temple was in contravention to the AMPA.

In 2011, the Supreme Court ordered for a nine-member committee to manage the temple. The new trust committee decided to levy a charge of Rs 200 for VIP entry, contended the plea.

Gite, a former trustee of the temple, sought interim relief on the temple from collecting such charges. Refusing to grant the stay, the court said it would hear the plea on January 16. 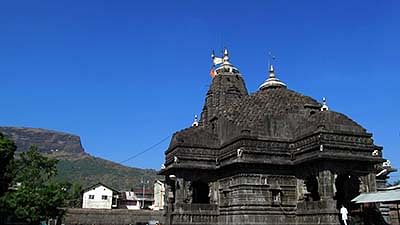