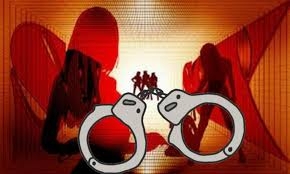 Bhayandar: The Naya Nagar police busted yet another high profile prostitution racket which was operating under the guise of spa and wellness center in a posh residential locality in Mira Road on Monday.

Notably, this is the third such raid against spas indulged in immoral activities by the recently created Mira Bhayandar-Vasai Virar Police commissionerate within a span of just a fortnight.

Acting on a tip-off about the flesh trade activities, a team led by Senior Police Inspector Kailash Barve and Police Sub Inspector Chavhan deputed a decoy customer to establish contact and strike a deal with the spa operator. After confirming the authenticity of the information, the police team swooped down on Rejuvani Wellness Spa and Ayurveda Center in the Shanti Nagar area of Mira Road on Monday evening.

According to the police, the 23-year-old manager of the shady establishment was caught red-handed while accepting money for facilitating the rendezvous. The police rescued one woman from the clutches of the flesh trade racketeer.

Process was on to file a case under section 370 of the Indian Penal Code and the relevant sections of the Prevention of Immoral Trafficking Act (PITA) against the accused who floated online advertisements on prominent web portals to lure potential clientele by offering massage services.

The rescued woman has been sent to a rehabilitation center.