Special Achievement: Dr Yoga Nambiar, a rare trans person in India to have a PhD, founded the Global Rights Foundation in 2012 to promote a life of dignity and freedom for transgender persons. Through GRF, she now works on three subjects — sex workers and their children, rights for transgenders and migrant workers.

The community kitchen she established in Ulhasnagar, operated by trans persons, continues to serve meals to struggling migrant workers. She is in the process of building a shelter for transgender people while already providing a home to them under her own roof. She conducts sexual and reproductive health programmes, trans rights awareness programmes, and camps to help trans persons procure government documentation, Aadhar cards, and bank accounts.

During the Covid-19 lockdown, she helped thousands of transgender people, workers and sex workers with groceries, medical kits, and financial help. Her choice of vocation reflects her commitment to her community and the marginalised. Alternate employment opportunities would have allowed her to lead a secure, comfortable life, but the pain and struggles of her community and the desire to contribute to changing their conditions spurs her to keep doing this work. Endorser: Ujjwal Thakkar, CEO of Pratham India Education Initiative, former banker, and on the board of several non-profits Special Achievement: Just over a week after a nationwide lockdown was announced to slow down the spread of Covid-19, Ruben Mascarenhas and a small group of friends began to organise food distribution drives, recognising that millions in Mumbai were desperate and hungry after finding themselves stranded in the city, their livelihoods shattered.

It started as a pilot project of 1,200 meals to communities along the Western Express Highway. That effort grew into the Khaana Chahiye Foundation which has, two years later, served over 7 million meals and supported families with more than 70,000 grocery kits. Ruben and his team mobilised more than 300 citizen volunteers during this time, partnering with various citizen collectives and donors.

The work of providing immediate relief to the hungry continues, but Khaana Chahiye is also now conducting advocacy efforts through its Hunger Map Project. This project seeks to identify critical pockets in Mumbai where hunger is chronic and to provide evidence-based support through a relief model based on an active civil society partnering with government infrastructure. 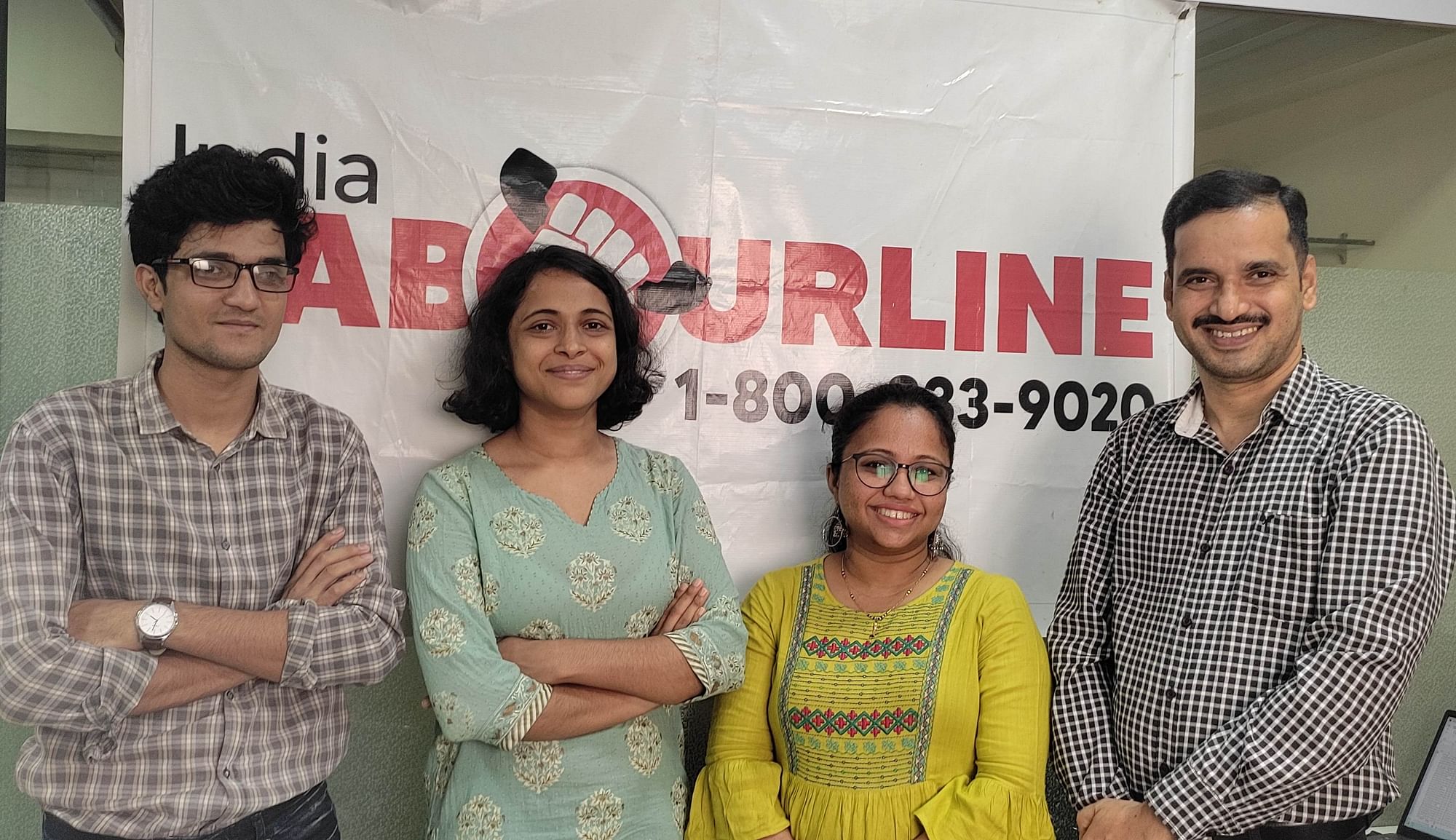 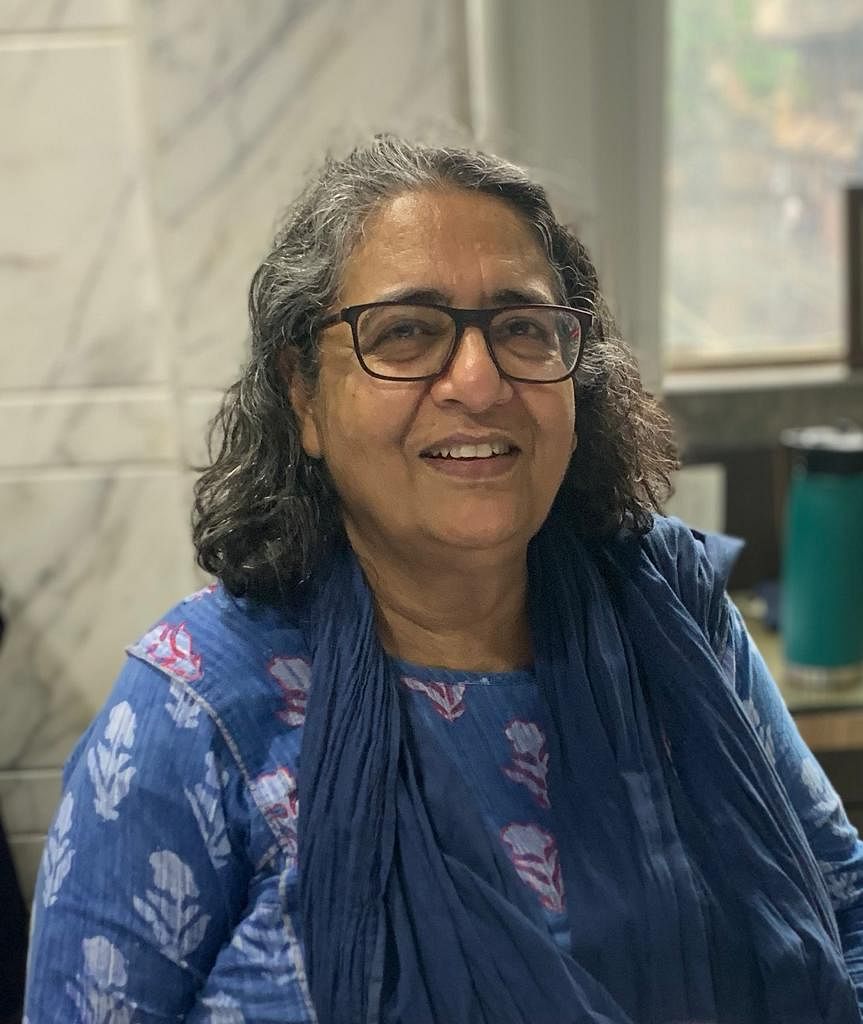 Special Achievement: Together, these four youngsters sitting in a tiny office in Worli have become a lifeline for migrant workers across the country — Chinmayi Naik, Ashutosh Mishra, Harshada Keni and Anil D’ Mello, who run the Mumbai arm of India LabourLine, a nationwide helpline for workers. An initiative of the Working People’s Coalition (WPC), a network of unions and people’s organisations, along with the non-profit Aajeevika Bureau which works with migrant workers, the helpline seeks to democratise access to justice for the Indian working classes, especially those engaged in informal labour.

With funding from Azim Premji Philanthropic Initiatives, the helpline has been active since July 2021. In only 10 months, Chinmayi, Ashutosh, Harshada and Anil have logged more than 30,000 distress calls and intervened in cases related to labour rights violations to help 7,891 workers.

They offer literacy and awareness to workers on their rights, entitlements, and employment records. They have received calls on the helpline (1800 833 9828) from workers in 19 states. Their achievements: Rs 8 crore worth of disputes registered; Rs 1.7 crore in pending dues recovered for workers through mediation and legal aid; three bonded labour cases identified; and 25 worksite accident cases identified. Special Achievement: In 2013, Anoop Parik completed his Teach For India fellowship at the Shree Geeta Vidyalaya in Shivaji Nagar, a large slum community in Govandi. He had returned to Mumbai from the College of Wooster, Ohio, to serve the community for two years.

When the fellowship ended, he chose to stay back and work as a full-time teacher at the same school. In 2020, he set up The Next Page Community Foundation as a youth community centre, through which he built a library for the slum and set up the Foxpassers Football Club, a football club that fosters personal growth, a sense of community and leadership qualities among the children of Shivaji Nagar and Bainganwadi. At the Foxpassers Club, boys and girls both play football, a first for many young girls in the slum.

Anoop envisioned the Foxpassers Club as a safe platform for youth in the slum to have an environment where they can make positive choices for themselves. The club focuses on self-confidence, collaboration, fairness, and excellence. Boys from the club have begun playing in the Mumbai division football games, while girls have participated in inter-school games and continue competing in club tournaments across the city. Special Achievement: Viji, South Asia head for The Max Foundation and managing trustee of Friends of Max, is a dynamo this city could not do without. In 2014, Viji launched Chai For Cancer, seeking to establish an association between cancer and a simple cup of tea for recall value and to bring a sense of comfort and normalcy to the feared condition.

Her Chai For Cancer ‘Adda’ or gatherings are now in their ninth season, creating an atmosphere of an extended family and raising funds from individual donors.

The funds raised through the campaign are used to cover patients’ diagnostics costs, travel costs and their children’s education expenses. Through eight seasons of Chai For Cancer running from 2014 to 2021, Viji raised Rs 2.74 crore. Season 9 seeks to raise Rs 75 lakh. Viji’s tireless dedication to cancer support is to be seen to be believed — what incredible care and respect she shows every patient who showers the same warm hugs right back at “Amma” as she’s called.

Never without a stunning saree draped on her, and exuding the most infectious positivity and energy, Viji is one of the brightest, sparkliest treasures Bombay has been blessed with. 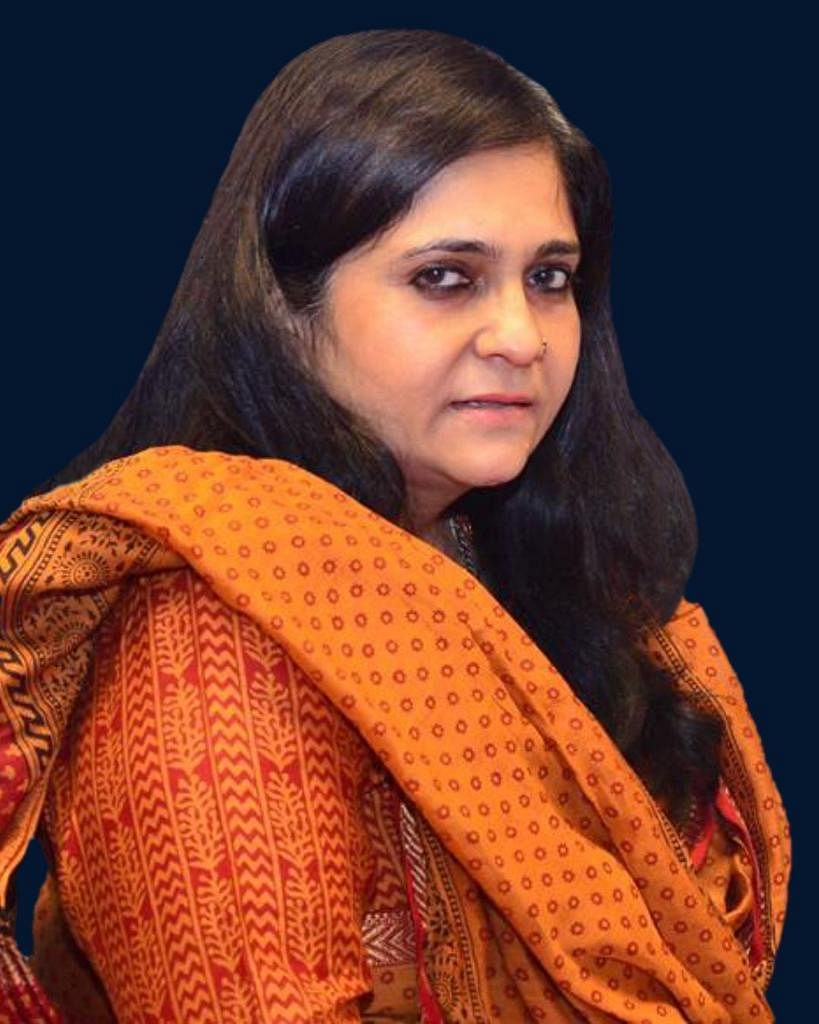 Special Achievement: A former political party union worker, Prashant has spent the last few years organising Ola-Uber drivers and workers of SwiggyZomato to help them seek better working conditions and fair payment structures. His union represents people of all communities and also women, sending the message of diversity and equality.

Prashant became an Ola-Uber driver in 2016 and quickly began to realise the peculiar nature of the struggles of app-based gig workers for Ola-Uber, Swiggy, Zomato and others including autorickshaw/ taxi drivers, airport workers, etc. In 2018, he started building a union dedicated to resolving the grievances of drivers for appbased cabs, named the Maharashtra App-Based Transport Workers Union (MAT), which now has 15,000 drivers registered.

Slowly, unions from 12 other states joined him and a national federation of app-based transport workers was formed, of which Prashant is now president. During the lockdown months, he approached various organisations to help pp-based workers with groceries, and medical tests. He arranged concessional rates in hospitals, helping more than 3,500 families. In April 2022, he started the App-Based Transport Workers Welfare Trust.

Angel: Durga Gudilu, leader of the Vaidu community in Mumbai Special Achievement: Durga Gudilu and her sister were the first girls of the Vaidu Samaj, a nomadic tribe, to get an education.

In 2013, when her sister, a graduate, was being forced to marry a man from the community based on a matrimonial alliance fixed when she was a child, she refused, causing a Jat Panchayat to be held in Jogeshwari where the family lives in one of 14 Vaidu bastis (slum colonies) in Mumbai. Durga was 24 years old then, and fought the Jat Panchayat and refused to obey their order to pay Rs 3 lakh as a penalty for defying their orders.

That was a rare instance of a caste panchayat being stopped, long before court orders declared various khap panchayats’ orders illegal. Durga begged until Class 7, a customary occupation in the Vaidu community.

This partnership helped establish two centres of education for 450 Vaidu children, in Marol and Jogeshwari, that were especially active during the Covid-19 school closures and lockdowns, Durga helped identify women from the community who can run a community kitchen for nutrition supplementation for young girls, an adult literacy programme is underway and a de-addiction programme is about to start. 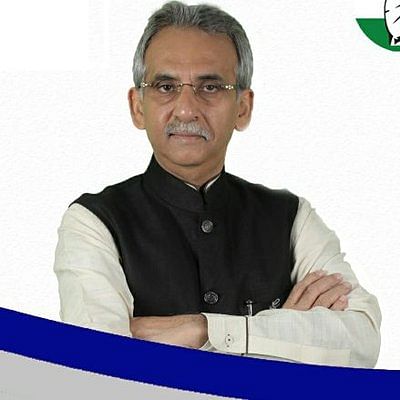 Special Achievement: One morning in the summer of 2020, Akbar Merchant, a journalist by profession who volunteers for Team Ismaili Civic India, went to Lokmanya Tilak Terminus where thousands of migrant workers were gathered in the hope of returning home to their villages.

In their vehicle, were 500 half-litre bottles of drinking water that the team distributed to thirsty, desperate workers who were stranded in the city for weeks, without work or wages. Seeing the large crowds, Akbar along with the team decided to continue serving the thirsty and roped in more volunteers.

The team later joined hands with volunteers from a Gurudwara in Chembur, by which time they were distributing 2,400 litres of water daily. By the end of 2020, Team Ismaili Civic India also began to supply drinking water to more than ten locations including two of Mumbai’s biggest Covid-19 hospitals, the field hospitals set up by the municipal corporation of Greater Mumbai at Bandra Kurla Complex and Nesco grounds in Goregaon. Ismaili Civic India has also distributed drinking water to multiple Covid-19 centres including the ones set up at Mulund, Dahisar, NSCI Worli and Byculla at Richardson Crudas.

As of April 2022, Ismaili Civic India had supplied more than 1.35 lakh litres of water in total (55,000 litres of water at the BKC centre alone) to Covid patients, their family members, vaccination centres, migrant workers, policemen and railway staff and other frontline workers. Ismaili Civic has since then also conducted blood donation drives and food distribution initiatives. Special Achievement: Since he arrived in Mumbai as an intern with a non-profit in 2006-07, Brijesh Arya has worked for 15 years on issues of livelihood, shelter, legal advocacy, education and government documentation of Mumbai’s homeless people.

Most recently, he filed public interest litigation in June 2021 seeking relief measures for the homeless by the municipality. He also urged for remedial steps to protect the urban poor who were facing the loss of regular means of livelihood, shrinking of traditional sources of water supply and reduced income to purchase food, maintain personal hygiene and access paid public toilets.

In 2013, Brijesh set up Pehchan, a non-profit dedicated to empowering the homeless, through which he has helped 5,000 Mumbaikars to get government documents including Aadhaar cards and ration cards to ensure they have access to basic nutrition. His livelihood training programme for young homeless girls focuses on placing them in jobs with earnings of Rs 7,000-Rs 10,000 a month to help them eventually relocate from the streets.

Pehchan also recycles clothes to make artefacts for sale, another method for providing sustenance for homeless communities. His volunteers also conduct extra classes for school children to help them through school. Every monsoon, Brijesh campaigns for safe shelters and clean food and drinking water for the homeless. Special Achievement: Sujata Sawant is a saviour for every household in the Qureishi Nagar slum of Kurla (East), both during and long before the pandemic.

Over the past decade, Sujata has taken children who rarely studied after Class 5 or Class 10 and made sure they finished school, became graduates, chartered accountants, and engineers.

Girls in this slum were mostly married off in their teenage years, rarely completing school. Thanks to Sujata’s efforts to give the girls and also their parents the dream of empowered and well-employed young women, the girls from this slum are now going to college, effecting a mindset change in a very patriarchal set-up.

Her ‘Abhyasika’ programme helps girl students stay interested in schooling, and her sustained efforts make sure that girls who were not allowed out of the home are now pursuing professional courses.

For the women, she opened a community kitchen during the pandemic, an initiative that gave livelihood to local women, helped hone their skills in the food sector and skilled them to take up catering professionally if they wish to.