After Mumbai, Aaditya Thackeray requests municipal commissioners of other cities to add double-decker electric buses into their fleets

"The BEST double-decker, now electric! CM Uddhav Thackeray and I have been personally keen on reviving Mumbai’s iconic double-decker buses," the Worli MLA tweeted. "While doing so, the BEST is procuring 900 of them, fully electric and emission-free. As we increase our BEST fleet, ultimately to 10,000 electric/clean alternate fuel buses, our aim is to have maximum double-decker buses, as this increases our capacity," he added.

Meanwhile, Aaditya Thackeray has requested municipal commissioners of other cities who are procuring electric buses to also add double-decker electric buses into their fleets on busy routes.

Earlier on January 25, the BEST Committee approved getting 900 AC double-decker e-buses on wet lease, after previous plans to procure 200, rather than wet-lease them. According to BEST officials, there were four bus manufacturers who had evinced interest in bringing in a fleet of 200 double-decker AC buses.

The 4.5-fold jump in numbers happened on Tuesday. “These 900 buses will be inducted on wet lease for a period of 12 years. We expect the first batch of these buses to start coming in by this year-end,” said a BEST official.

However, before the proposal for these 900 double-deckers was approved, sparks flew between the Shiv Sena and BJP. The arguments were on double grounds; the first being that the BEST Undertaking had initially proposed to procure 200 AC e-double decker buses through funding from the ministry of heavy industries, for which tenders were called.

But for some reason, funds for these are yet to be finalised. “We demanded that the tender be cancelled and re-tendering be done. However, out of the blue, they announced getting 900 AC e-double decker buses on wet-lease without any clarity on its funding, the expenses borne by BEST and other details that aren’t mentioned in the tender,” said Sunil Ganacharya, BJP leader and a BEST Committee member.

The BJP questioned the scope of procurement, and how it got merged with Maharashtra government’s scheme on clean energy without it being mentioned in the tender document. “We will be getting funds under the scheme from the state government for over Rs 925 crore. The lowest bidder has promised to get it running at Rs 56 per kilometre. The BJP is unnecessarily creating trouble over this proposal which will benefit Mumbai,” said Ashish Chemburkar, Chairman, BEST Committee. 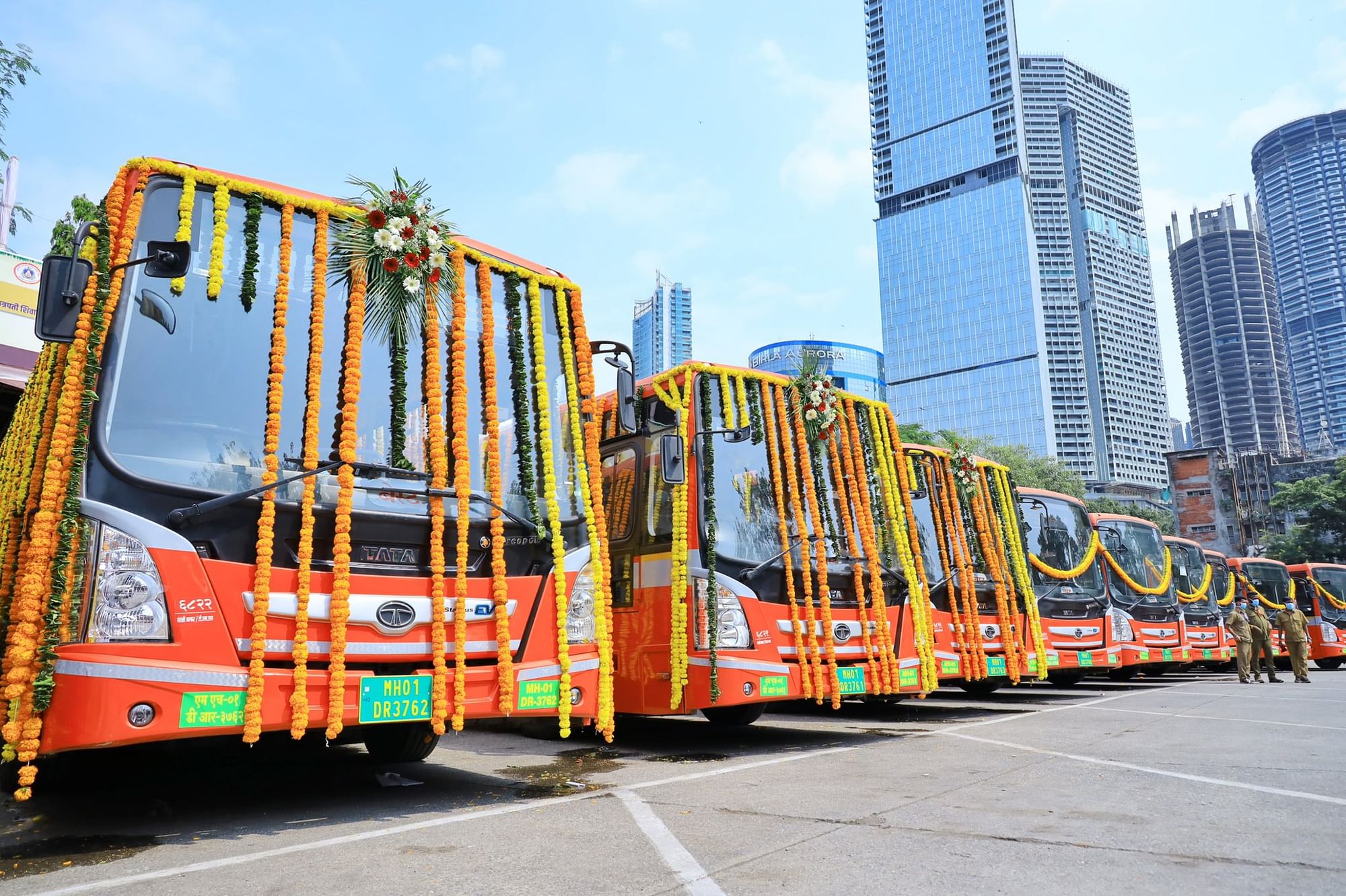