Mr Thackeray said that the BMC tenders worth Rs 2,500 crore are issued every year and the works are undertaken in phases.

Mumbai: The Shiv Sena Uddhav Balasaheb Thackeray leader and former minister Mr Aaditya Thackeray on Friday stepped up attacks against the Shinde Fadnavis government saying that since the ‘’ khoke‘’ Sarkar came to the state, the tenders, transfers and time pass is underway in the BrihanMumbai Municipal Corporation (BMC) which is currently under the administrator’s rule.

‘’The unconstitutional Chief Minister had announced Rs 5,000 crore to be spent on the concretisation of roads in Mumbai and after that the tender was issued worth that amount. However, the tender was cancelled about 10 days ago. Was the tender cancelled as the people in their favour did not submit it?’’ he asked. 'Did the tender not get awarded as the people in their favour did not file the tender?’: asks Aaditya

Mr Thackeray said that the BMC tenders worth Rs 2,500 crore are issued every year and the works are undertaken in phases. ‘’No permission is granted to take all road construction projects at one go. Whether the government knew it or not. So it was understood that the government was lying. There are 42 utilities under the road. There are 16 planning agencies in Mumbai and they have to work with the permission of the traffic police,’’ he explained. He taunted the government for this.

‘’Why was there no bidder for the Rs 5,000 crore tender for road concretisation? Did the tender not be awarded as the people in their favour did not file the tender?’’ he asked. He sarcastically said no one knows what will happen to Mumbai’s roads now.

Mr Thackeray claimed that due to the announcement of Rs 5000 crore road works, last year's works and this year's works have also not started. ‘’Who is responsible if Mumbai collapses in the coming monsoon? How did the state government take such a big decision when the mayor and standing committee did not exist?’’ he asked.

'Money was diverted for other purposes': Aaditya

Mr Thackeray said that Rs 1700 crore have been announced for the beautification of Mumbai. This is the fund of the corporators. He also alleged that this money was diverted for other purposes instead of being used for the corporators’ wards.

Mr Thackeray blamed the  Shinde Fadnavis government for the loss of five industries as they moved out of Maharashtra. Further, he said that the government has not yet announced the wet drought in the wake of severe loss of crops due to retreating rains and floods.

‘’Panchnamas have not been carried out. A sub-committee meeting had to be held to change the criteria, but that did not happen. The ‘’Khoke’ Sarkar is still focusing on politics,’’ he claimed. 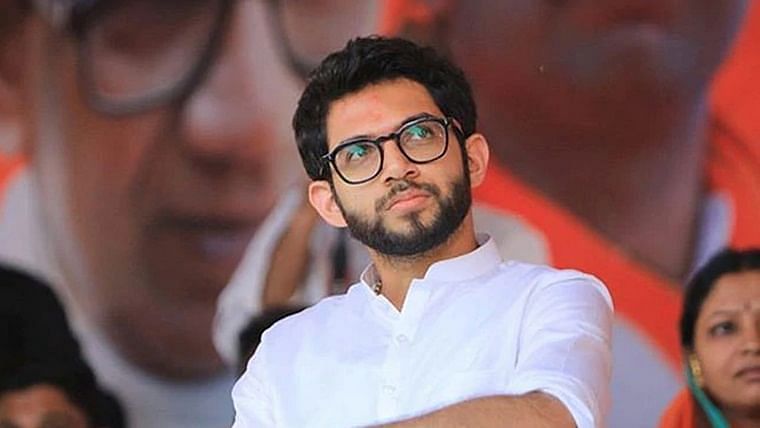