Who is Saurabh Kirpal? All you need to know about India's first openly gay judge The Supreme Court Collegium has recommended the appointment of Senior Advocate Saurabh Kirpal as a judge of the Delhi High Court. If appointed, Kirpal will be first openly gay/homosexual judge in the country.

According to media reports, in October 2017, the Delhi High Court Collegium [comprising Chief Justice Gita Mittal and justices Sanjeev Khanna and Ravindra Bhat] had unanimously recommended Saurabh Kirpal, for the appointment as the permanent judge of the Delhi High Court.

He was first recommended for elevation as a judge by the Delhi High Court Collegium on October 13, 2017. Thereafter, the consideration to elevate Kirpal was deferred thrice by the Supreme Court Collegium – once on September 4, 2018, for the second time on January 16, 2019, and lastly, on April 1, 2019.

In an interview with the ThePrint, Kirpal, who is gay, said he believes his sexual orientation is probably the reason why the three-member Supreme Court collegium, led by Chief Justice of India (CJI) S.A. Bobde, has not taken a decision on his elevation. This is the first time the advocate has spoken out on the issue. 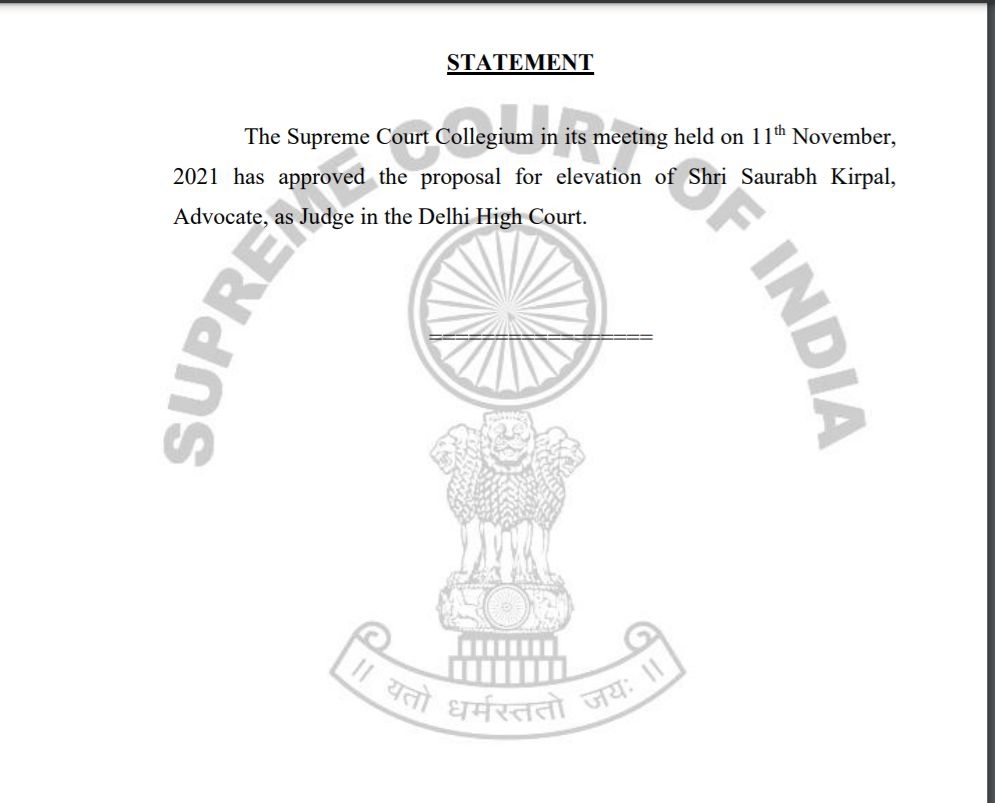 Recently, he was designated as a senior advocate in a decision taken unanimously i.e., by all 31 judges of the Delhi High Court.

A graduate of Delhi's St Stephens College, Saurabh Kirpal pursued his undergraduate degree in law from Oxford University followed by a master's degree from Cambridge University.

He practised in the Supreme Court of India for over two decades after a brief stint with the United Nations in Geneva.

Saurabh Kirpal was the lawyer for petitioners in the case of Navtej Singh Johor vs Union of India that led to a constitution bench of the Supreme Court scrapping Section 377 in September 2018. 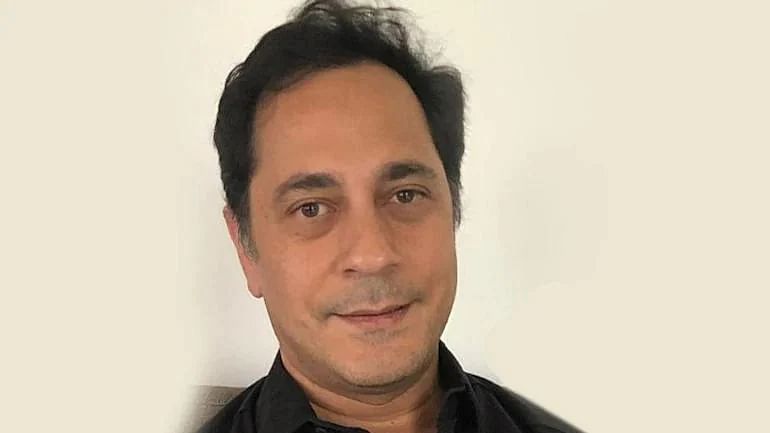