Plea regarding filling up of vacancies in HC: 'Don't embarrass us, go to Delhi,' Chief Justice

A division bench of a Chief Justice Dipankar Datta and Justice MS Kulkarni, while hearing a PIL by Bombay Lawyers’ Association (BLA) - a body of lawyers practising in HC, questioned the maintainability of the PIL and remarked that the court should not be “embarrassed”.

Mumbai: Plea regarding filling up of vacancies in Bombay HC | Photo: Representative Image

Refusing to grant an urgent hearing to public interest litigation seeking the filling up of vacant posts at the Bombay High Court, the Chief Justice has asked the petitioner to approach the Supreme Court.

A division bench of Chief Justice Dipankar Datta and Justice MS Kulkarni, while hearing a PIL by Bombay Lawyers’ Association (BLA) - a body of lawyers practising in HC, questioned the maintainability of the PIL and remarked that the court should not be “embarrassed”.

"How can a PIL be maintainable? Go to Delhi and file, not here. Don't embarrass the court this way,” said Chief Justice.

The Hc was hearing a PIL BLA seeking a permanent mechanism for filling up vacancies in the court in time. The plea also has sought that till the final decision, the present vacancies should be filled up on an urgent basis.

The HC has a sanctioned strength of 94 judges. However, at present, the HC is functioning with a strength of only 57 judges. By the end of 2022, eleven judges are due to retire. This means the HC will have only 48 judges if the vacancies are not filled.

On Monday, Advocate Eknath Dhokale sought an urgent hearing of the PIL which was not allowed.

The plea reads: “Due to the shortage of Judges, it is experienced that there is a huge pendency of matters for years together. There are so many matters not even listed for hearing. Due to shortage of Judges, no urgent listing is granted.” It further adds: “The official data from the website of Hon'ble this Court shows the case clearance rate in the year 2021 is 67.52%, which means there is a pendency of 32.48 per cent cases in the year 2021.”

The plea highlights that due to vacant posts, hearing of cases is denied which amounts to “denial of access to justice to citizens” which violates the “fundamental rights” of citizens.

“That people are languishing in jail and their bail applications are pending due to non-availability of Judges," adds the plea.

The plea has made the Registrar Generals of the Supreme Court of India and the Bombay HC, Ministry of Law and Justice, Department of Law and Judiciary (Maharashtra) as respondents.

How are judges appointed?

Judges are appointed by the President of India in communication and recommendation of the collegium of the High Court and Supreme Court of India under Article 217 of the Constitution.

The number of Judges in a court is decided by dividing the average number of cases filed in the last five years by the national average, or the average rate of disposal of main cases per judge per year in that High Court, whichever is higher. 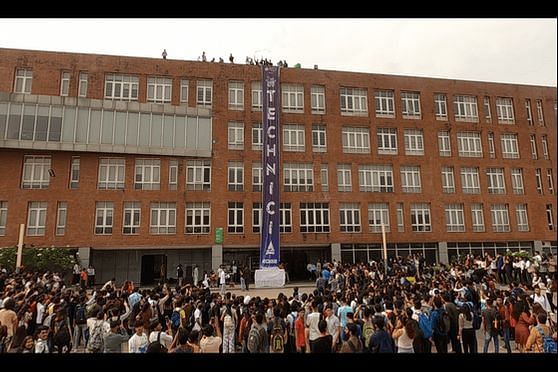 HomeLegalPlea regarding filling up of vacancies in HC: 'Don't embarrass us, go to Delhi,' Chief Justice