Goyani had on February 12 slit the throat of Vekariya, a resident of Kamrej in Gujarat's Surat city, in front of her family members and neighbours

Surat: A court in Surat on Thursday sentenced stalker Fenil Goyani to death for killing 21-year-old college student Grishma Vekariya in February this year, terming it as a "rarest of the rare" case.

Citing the Nirbhaya case of Delhi, Surat's Principal Sessions and District Judge V K Vyas said strict punishment is needed to deter people from indulging in such crimes against women.

Vekariya's parents and Gujarat Minister of State for Home Harsh Sanghavi welcomed the court's verdict, which came just 70 days after the incident.

The police had filed a 2,500-page charge sheet within a week of the incident, and later also submitted 120 documentary pieces of evidence to strengthen the case.

Many onlookers had captured the entire incident on their smartphones. The video clips and the eyewitness accounts of 25 people proved as crucial pieces of evidence for the prosecution.

Goyani had on February 12 slit the throat of Vekariya, a resident of Kamrej in Gujarat's Surat city, in front of her family members and neighbours.

He was upset after she refused to be in a relationship with him. He had also stabbed Vekariya's brother and uncle when they tried to rescue her and later injured himself with the same knife.

The police, who first took him to a hospital in Kamrej, had arrested him on February 16.

A video clip of the incident had created a huge uproar after it went viral on social media platforms,.

Judge Vyas on Thursday termed the case as "rarest of the rare" and sentenced Goyani to death, as sought by the prosecution.

The court had last month convicted Goyani under sections 302 (murder) and 307 (attempt to murder) of the Indian Penal Code.

While delivering the judgement on Thursday, the judge noted that Goyani had shown no signs of remorse during the entire case trial.

Vekariya's parents and Gujarat MoS for Home Harsh Sanghavi welcomed the court's verdict, which came just 70 days after the incident.

The woman's father, Nandlal Vekariya, said he was satisfied with the court's verdict.

"Such a punishment is needed to send a strong message in society that the guilty will not be spared. I am also thankful to minister Sanghavi, former MLA Praful Pansuria and Kamrej police for extending support to my family and ensuring delivery of justice in just 70 days," he said. 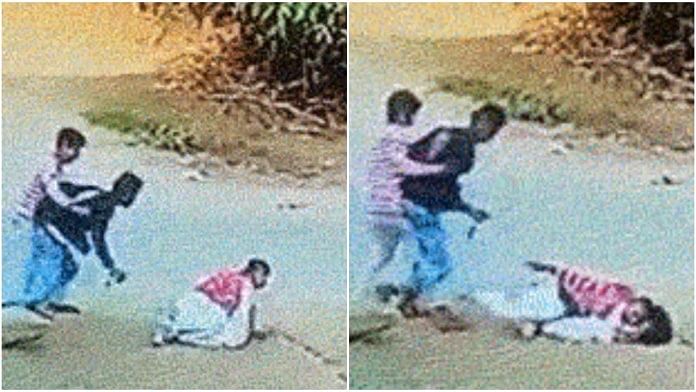