Suspended cop Sachin Vaze on Tuesday told the state-appointed high-level inquiry committee, that the NIA had "humiliated, traumatised and harassed" him in the initial 28 days when he was in the agency's custody. He said that he was even forced by the NIA authorities to sign certain documents.

Notably, the committee chaired by Justice (retd.) Kailash Chandiwal is presently conducting an enquiry in the allegations made by Parambir Singh, the former top cop of the city against the then home minister Anil Deshmukh. He had written a letter in March this year to the Chief Minister claiming that Deshmukh had instructed Vaze to extort Rs 100 crore per month from the city's bars and restaurants.

On Tuesday, both Vaze and Deshmukh were present before the Chandiwal commission.

Advocate Anita Castellino, appearing for Deshmukh cross-examined Vaze and asked if there was any kind of pressure or uncomfortable situation when he was in NIA custody.

"Yes, of course. In fact, that period was the most traumatic time in my life," Vaze responded.

Castellino further sought to know if several central agencies recorded his statements during his 28 days of custody with the NIA.

Vaze responded, "The correct answer would be in those 28 days the NIA was only causing harassment and humiliation. I say the trauma is still there."

However, when Castellino sought to know of the kind of trauma that was caused, the suspended cop didn't answer.

Further, responding to another question, Vaze said he do not have any documents or evidence to substantiate his claims.

"But on May 3 2021, I had requested NIA court to furnish me the copy of documents, panchnama. Those were not supplied to me," Vaze said.

The cop further claimed, "I was forced to sign on various documents under the duress of NIA authorities."

The Commission while taking on record, the testimony of Vaze, adjourned the hearing till December 13.

Meanwhile, Justice Chandiwal expressed displeasure over the media reports that stated that he had allowed Parambir Singh and Vaze to meet and talk in the courtroom. He clarified, "I never allowed them to talk. It was the responsibility of the police to ensure they don't talk." 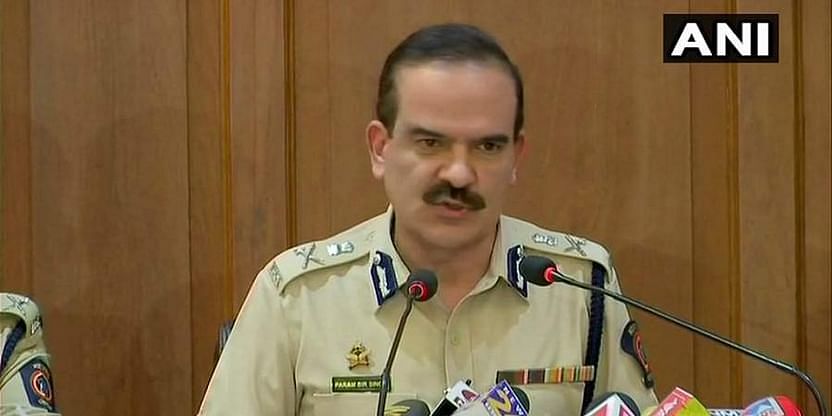