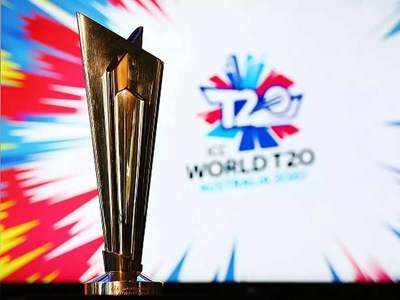 New Delhi: The Delhi High Court has said that rogue websites are not allowed to stream the ICC Men's T20 World Cup 2021 in violation of the exclusive broadcasting rights held by Star Channels and Disney+ Hotstar.

While hearing a plea by Star India Pvt Ltd, Justice Sanjeev Narula said if an ex-parte interim injunction is not granted at this stage against rogue websites, the exclusive broadcaster, which has a prima facie case in its favour, will suffer an irreparable loss. "Till the next date of hearing before this court, the interim injunction is granted in favour of the Plaintiffs," the judge said.

The court issued summons on the suit and listed it for further hearing on February 22.

"Defendants Nos. 1 to 7 (rogue websites) (and such other websites and entities which are discovered during the course of the proceedings) are restrained from, in any manner, communicating to the public, hosting, reproducing, streaming, broadcasting, re-broadcasting, re-transmitting, exhibiting, and/ or making available for viewing and downloading, providing access to and/ or communicating to the public, displaying, uploading, modifying, publishing, updating and/ or sharing, the ICC Men's T20 World Cup 2021, and the content related thereto, so as to not infringe the Plaintiff's broadcasting reproduction rights as contained in Star Channels and Disney+ Hotstar in relation to the same," said the judge in his October 12 order.

The court clarified that if other similar websites are discovered by Star India concerning the streaming of the World Cup and are brought on record by way of an affidavit, the interim order of injunction would apply to them as well

Advocate Amit Sibal who appeared for Star India said that these websites had earlier infringed by broadcasting exclusive sporting events like Vivo IPL 2021. These rights include the live, delayed, highlights, clips, and repeat exhibition of various sporting events, over which Star India Ltd has digital rights, through various digital transmission platforms for viewing on various devices such as televisions, computers, laptops, mobile phones, tablets, etc.

The court clarified that if other similar websites are discovered by Star India concerning the streaming of the World Cup and are brought on record by way of an affidavit, the interim order of injunction would apply to them as well.

The ICC Men's T20 World Cup 2021 is scheduled from October 17 to November 14, 2021 in UAE. In its suit, Star India informed that it acquired "exclusive global media rights", including television rights, digital rights, and certain ancillary rights, for various ICC events for a duration of eight years i.e. from 2015-2023 for a substantial consideration.

It apprehended that its exclusive rights concerning the ICC Men's T20 World Cup 2021 would be infringed and alleged that seven rogue websites infringed the same earlier for another cricket event, Vivo IPL 2021. It was submitted that such rogue websites "spring up" at the time of the broadcasting of the events and infringe the exclusive broadcasting rights.