A special court while refusing bail to a private detective Satish Mangle, accused in a case of attempting to extort IAS officer Radheshyam Mopalwar with gangster Ravi Pujari, has said in its order that his contention that then Thane police commissioner Param Bir Singh will not be available as witness during the trial, is premature. Singh had accorded the sanction to invoke the stringent Maharashtra Control of Organised Crime Act (MCOCA) against Mangle in the case.

The bail plea was rejected by the court last Wednesday and was Mangle’s third bail application. Mangle, his wife and Marathi actor Shraddha Mangle and gangster Ravi Pujari are accused of attempting to extort Mopalwar for Rs. 7 crores in 2017 and threatening him to withdraw a case against the couple.

Mangle had claimed bail on the grounds that the investigating officer in the case Rajkumar Kothmire has a case booked against him and is untraceable. Similarly, he said the then Thane police commissioner Param Bir Singh, is also absconding and untraceable. Both these important witnesses, he said, would not be available to depose. The ground regarding Singh was made when he was untraceable for six months. However, he had appeared before investigating agencies last month after securing a protection from arrest from the apex court.

Special Judge AT Wankhede said regarding these grounds that they are 'a little bit premature' as till now Kothmire or Singh had not been summoned and that availability or non-availability of witnesses cannot be a ground for seeking bail. The order said that the grounds are of no consequence and pointed out that till date the prosecution had examined 21 witnesses.

The court also said that it is the accused who has filed multiple applications, that too by changing advocates one after the other, who is responsible for the delay of the trial.

Its order further said that there are serious allegations levelled against Mangle and that he also has a criminal past. If he is released on bail, it said, the possibility of him creating a hurdle in a smooth trial cannot be ruled out. 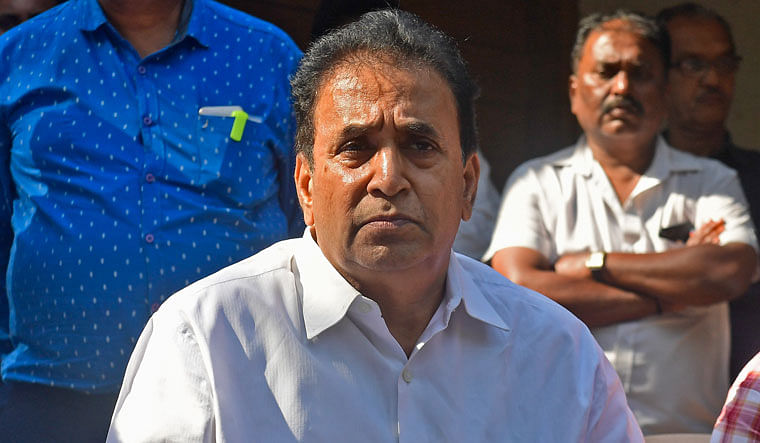