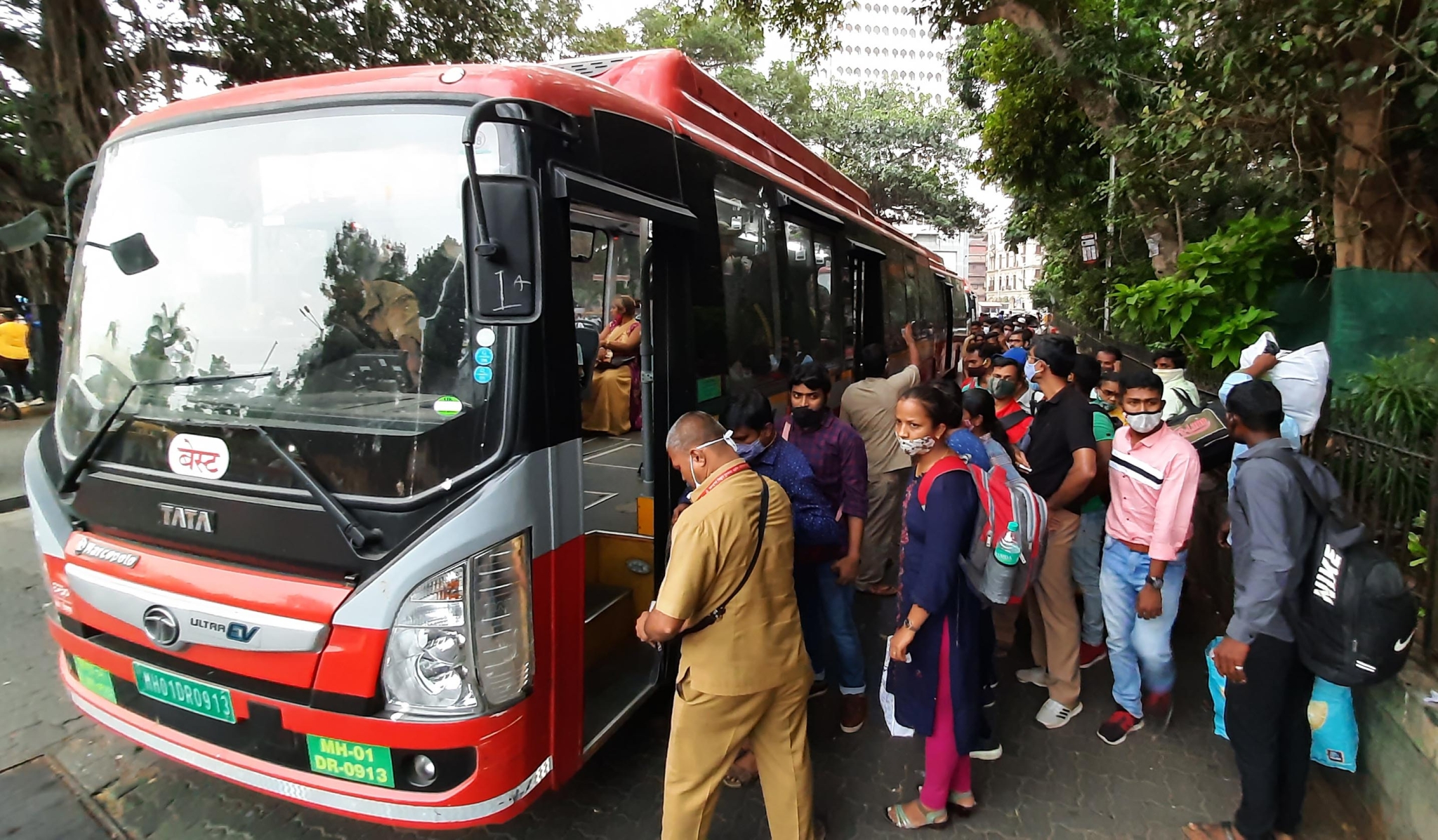 Mumbai: The Maharashtra government told the Bombay High Court on Wednesday that allowing non-vaccinated people to mix with others by using public transport will endanger the lives of others, and invite "explosive transmission" of the coronavirus and its variants.

"The government of Maharashtra, as parens patriae (guardian of the state) cannot afford to take that risk," it said in an affidavit submitted in the High Court.

The decision to prohibit people, who were yet to receive both doses of COVID-19 vaccine, from using public transport in the state had been taken to ensure those non-vaccinated do not endanger the lives of others, it said.

"Allowing unvaccinated persons to mix with other people by using public transport will only endanger the lives of others, and will invite explosive transmission of the coronavirus and its subsequent variants," the government said in the affidavit filed through its chief secretary.

The Maharashtra government told a bench of Chief Justice Dipankar Datta and Justice MS Karnik that such a decision was "reasonable", and not discriminatory or in breach of a citizen's fundamental rights.

The non-vaccinated people were prohibited from the use of public transport to ensure they do not mingle with other citizens and add to the spread of the coronavirus, it said.

The state government filed its affidavit in response to two public interest litigations filed by one Firoze Mithiborwala, and one Yohan Tengra, claiming the state's circular prohibiting non-vaccinated people from travelling in local trains in Mumbai was without logic and in breach of such citizens' right to equality.

Last week, the High Court had directed the Maharashtra government to file an affidavit explaining the rationale behind such prohibition.

On Wednesday, the state said non-vaccinated people were prohibited from not just the use of local trains, but from all modes of public transport in the state.

The decision had been taken after consultation with experts and members of the state's special task force for tackling COVID-19, it said.

The state government submitted that as of December 20 this year, a total of 54 people in the state had been infected with the Omicron variant of the virus.

It further said that as per data available till December 20, there were 544 new cases of COVID19 infections and four deaths due to the viral infection.

"Unfortunately, the problem is not over yet. There is a likelihood of a third wave and also the likelihood of spread of the new variant, Omicron," the affidavit said. "The government of Maharashtra, therefore, cannot take any risk and would like to err on the safer side on the issue of public health," it added. The state also submitted data on the devastating second wave of COVID-19 that hit people earlier this year, and how state authorities struggled to ensure adequate medical aid, hospital beds, and oxygen supply for citizens.

The government said it did not want a repeat of such a dire situation.

There was adequate research to prove that those who had taken both doses of vaccine were less likely to contract severe COVID-19 or to require prolonged hospitalisation, it said.

It urged the High Court to dismiss the PILs, saying such a prohibition on the non-vaccinated people was reasonable.

The state government further said the petitioners themselves had received both doses of vaccine.