The present case was registered at Hauz Khas Police Station with the directions of the court under section 156(3) of the Code of Criminal Procedure (CrPC), on the complaint of Preeti Nanda, wife of Sanjiv Nanda wherein it was alleged by her that Singh defrauded her

New Delhi: The Delhi High Court on Monday extended the interim protection of Ajay Singh, Promoter and Managing Director of Spicejet, in an alleged cheating case, till November 29, 2022.

The bench of Justice Anoop Kumar Mendiratta on September 8, 2022, said an additional standing counsel appeared for the state to seek time to verify the contents of the additional affidavit filed on behalf of the counsel for the petitioner, in support of the contentions.

The court also made it clear that there is no stay of investigation and deferred the matter for November 29, 2022, and added that interim orders to continue.

The Court earlier while granting interim protection to Ajay Singh also said no coercive action against Ajay Singh till the matter is examined by this court. It also directed him to join the investigation.

Meanwhile, applications were preferred on behalf of the complainant under Section 482 CrPC sought impleadment as a respondent in the bail applications, on that the bench directed the same be supplied to the counsel for the petitioner as prayed.

Earlier, appearing for petitioner Ajay Singh, Senior Advocate Siddharth Luthra submitted that the petitioner has been cooperating with the investigation and ex-facie no offence is made out against him. The FIR clearly amounts to an abuse of the criminal machinery to pre-maturely enforce a commercial contract.

The FIR has been registered for the offence of cheating in a case that is entirely based on a civil and commercial dispute arising out of a Share Purchase Agreement dated July 09, 2018, to which the Complainant/ Informant and the Petitioner herein are parties.

Luthra also submitted that the Complainant/ Informant is blatantly abusing criminal machinery to enforce an erroneous interpretation of the closing date of the transactions stated in the Share Purchase Agreement dated July 09, 2018.

The FIR is a blatant attempt to tarnish the Petitioner's sterling reputation in society and disrupt the smooth workings of the Airline Company, he added.

Senior Advocate Vikas Pahwa appeared for the complainant in the matter and strongly opposed the anticipatory bail plea and submitted that Ajay Singh has cheated the complaints by handing over invalid transaction slips in 2018 which were already expired in 2016.

The trial court of Delhi earlier had declined the anticipatory bail and said, considering the gravity of the offence and the aforementioned ratiocination held, this Court does not find sufficient ground to grant the relief sought in the application filed by the accused applicant and the same is accordingly, dismissed.

Court noted that "success in such interrogation would elude if the accused knows that he is protected by the order of the Court," reads the order. Earlier on March 9, the same court had granted interim protection to the accused in the matter.

According to the Delhi Police, the present case was registered at Hauz Khas Police Station with the directions of the court under section 156(3) of the Code of Criminal Procedure (CrPC), on the complaint of Preeti Nanda, wife of Sanjiv Nanda wherein it was alleged by her that Singh defrauded her. The complainant alleged that there was a share-purchase agreement between him and the accused and she paid Rs 10 lakh for 10 lakh shares of SpiceJet.

These shares, however, were not transferred leading to the filing of the police complaint against Singh. The complainant submitted that it was subsequently found that the delivery instruction slip was invalid and outdated.

Delhi Police while opposing the anticipatory bail plea stated that Investigation revealed that there are four other cases that have also been registered against Ajay Singh which shows his conduct.

Delhi Police also earlier said, the investigation is at a very crucial stage and still very much pending in this case as the accused/ applicant can manage the witnesses in the case and can also tamper with the evidence. 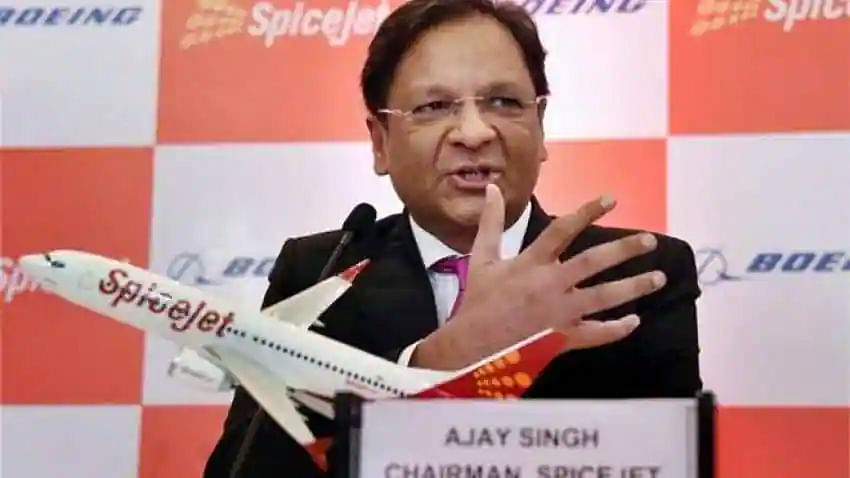