The fintech firm alleged that the Grover family created fictitious vendors from Panipat and did massive hiring while overcharging the company.

Ashneer Grover, ousted co-founder of BharatPe. | BharatPe
Follow us on

In the development of animosity between Ashneer Grover and BharatPe, the fintech firm has sought more than Rs 88.67 crore as damages from the former managing director, his wife -- Madhuri Jain -- and other family members. The fintech firm alleged that the Grover family created fictitious vendors from Panipat and did massive hiring while overcharging the company.

The Delhi High Court on Thursday issued summons to Ashneer Grover, Madhuri Jain and other family members, on a plea moved by BharatPe against its former managing director.

Justice Navin Chala issued the summons in a suit file by BharatPe and granted two-week time to defendants to file their response. Defendants included Grover, his wife, his brother-in-law and father-in-law. This matter has been listed in January 2023 for further hearing.

Senior advocate Mukul Rohatgi referred to the tweets made by Grover after resignation. He sought a direction that Grover be restrained from running a vicious campaign against BharatPe.

Rohtagi argued that to fleece the company, the defendants create fictitious vendors from Panipat who were paid Rs 50-60 crore and nothing was purchased. The vendors don't exist, he said, adding that he also said there was massive hiring of employees.

It was also submitted that Grover did not challenge his resignation and removal of his wife and her brother from the company.

The company has also sought to direct the couple and three others to pay Rs 88.67 crore, along with the interest towards the recovery of alleged misappropriation of funds and damages caused to company's reputation.

During the arguments, the senior counsel referred to several tweets posted by the defendants. Rohtagi asserted that he wants his assets to be disclosed.

On the other hand, the counsel for Grover and his wife said that they have not been supplied with the copy of the suit.

When the judge said that they should have been served with the copy of the suit, Rohtagi replied that it was not done only for the one reason that the moment Grover come to know about it, he will again go on a rampage. 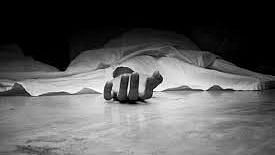