The defence counsel Ravi Drall for the accused argued that the relationship between the complainant and the accused were consensual in nature and no alleged crime was committed by his client.

New Delhi: A Delhi court has acquitted a Lt. Commander serving in Indian Navy in a rape case and noted that at three different stages, three different versions were given by the prosecutrix.

Additional Sessions Judge Ankur Jain, Tis Hazari court, in a judgement passed last week said, the benefit of the doubt has to go to the accused and he is acquitted for the offence charged with.

The defence counsel Ravi Drall for the accused argued that the relationship between the complainant and the accused were consensual in nature and no alleged crime was committed by his client. Ravi Drall further argued that the version of the prosecutrix keeps changing and improving her version at different stages which ultimately makes her statements unreliable.

Court also noted several discrepancies and said it appears that the present complaint was made to pressurize the accused to enter into a matrimonial alliance, succumbing to the pressure at the time of hearing of the bail application, accused had married the prosecutrix which is reflected from the bail order and the photographs so placed on record. The alliance did not survive and ultimately both of them took divorce, the court added.

Court also noted that it is also quite unnatural that the victim did not tell anything to her mother just after the incident or even thereafter and waited for about two days till the time marriage was called off by the mother of the accused.

Court further noted that the prosecutrix has given three different versions regarding the presence of her brother. In her initial complaint brother was not in the picture, despite the fact that there was a delay of about three days in making the complaint. 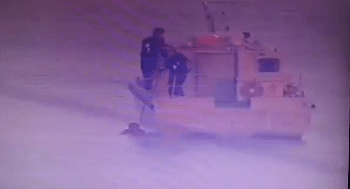