The amendments to the Juvenile Justice Act, 2015 made serious offences, which can carry imprisonment upto 7 years, against children as non-cognizable

New Delhi: The Delhi Commission for Protection of Child Rights has approached the Supreme Court challenging the amendments to the Juvenile Justice (Care and Protection of Children) Act last year by which some serious offences against children have been made non-cognizable.

The amendments to the Juvenile Justice Act, 2015 made serious offences, which can carry imprisonment upto 7 years, against children as non-cognizable.

The offences that have been made non-cognizable through this change include the sale and procurement of children, exploitation of child employees, use of children for begging, use of children for vending, smuggling or trafficking narcotics, and cruelty committed upon children by the staff of Child Care Institutions (CCIs), among others.

However, the amendment Act makes many such offences non-cognizable, the plea contended.

The DCPCR in its plea has sought direction to strike down the amendment as unconstitutional, to the extent it makes offences against children under the Act, which are punishable with imprisonment for a term of three years and above but not more than seven years, as non-cognizable.

The plea said that one of the key features of the Juvenile Justice Act, 2015, was that for the first time the law categorically recognized certain new offences committed against children, which were so far not adequately covered under any other law.

The modified law does not have any rational nexus with the objectives of the law which has been primarily enacted to protect children, to provide for their basic needs through proper care, protection, development, treatment and social re-integration, it added.

The petition stated, "The amendment has the effect of treating offences committed against children as being less serious than similar offences when they are committed against major and proceed in accordance with the classification of offences under the Code of Criminal Procedure. This is clearly contrary to logic and there can not possibly be any rational explanation for the same. Its consequence is that the police can neither register the FIR nor can investigate or effect the arrest without the order of a judicial magistrate, thereby violating the fundamental right to life and liberty of the children being a victim at the hands of the offender."

The child rights body's move to challenge the amendment in the apex court comes a month after it and the state child rights bodies of Punjab, West Bengal, Chandigarh, and Rajasthan had written to the Union government seeking a Bill be tabled in Parliament to reverse this reclassification of offences.

The child rights bodies, in their letter to the Union government, cited studies to claim that there are over 33 lakh child beggars in the country and that over 44,000 children fall into the clutches of gangs annually However, no reply has been received in this regard, the plea stated. 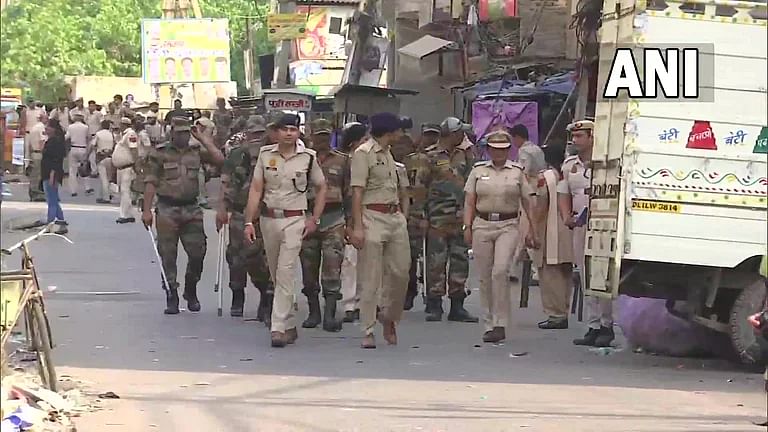