HomeLegalAllahabad HC upholds death sentence for man who killed 6, including his wife and children

Allahabad HC upholds death sentence for man who killed 6, including his wife and children

Lucknow: The Lucknow bench of the Allahabad High Court has upheld the death sentence awarded by a CBI court to a man convicted of killing six people, including his wife and their three children, in 2009.

The convict, Sarvan, had also killed his neighbour and her son.

The bench on Tuesday also upheld the four-year rigorous imprisonment awarded to Sarvan's sister-in-law Suman for tampering with evidence.

Sarvan killed his wife Santoshi (35) and children Ravi (1), Sumiran (4) and Ramroop (6) after she objected to his extra-marital affair with his sister-in-law. He also killed the neighbour Madhuri (50) and her son Rajendra (11) when they tried to intervene.

Earlier, public prosecutor Vimal Srivastava argued that Sarvan had committed a massacre in a fully conscious state and hence deserved nothing less than the death penalty.

Describing the case as rarest of the rare, the bench of Justice Ramesh Sinha and Justice Saroj Yadav said, "The manner in which the offence was committed and also the magnitude of the crime, in our view, places the present matter in the category of anti-social or socially abhorrent nature of the crime."

"Six persons were murdered by Sarvan in most brutal and grotesque manner arousing indignation and abhorrence of society which calls for an exemplary punishment," it said.

Dismissing Sarvan's appeal for acquittal, the bench said, "We find no remorse on the part of convict Sarvan. Rather he admitted his guilt that he had an illicit relationship with his sister-in-law Suman and his wife objected to this."

Besides upholding the death sentence of Sarvan, the court also dismissed Suman's appeal and directed her to undergo the jail term as awarded by the trial court.

The CBI court had on August 29, 2017, awarded the death sentence to Sarvan. It also held Suman guilty in the case. It had sent the reference to the HC for its confirmation.

The FIR in the incident was lodged at the Mohanlalganj Police Station in Lucknow on the complaint of Madhuri's husband Kolai on April 25, 2009. 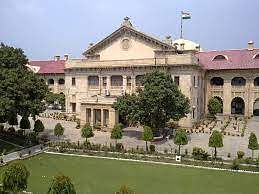