People tied Gudi at their homes and recited Durgasaptshati paath to mark the beginning of Chaitra Navratri at the temples and homes.

The second corona wave has affected the festive mood of the Ujjainites and they commemorated the Nav Samvat-2078 named as ‘Anand’ on symbolic basis only.

To mark the Nav varsah Chetichand Mahotsava, the Sindhi Samaj prepared community lunch and distributed it among the needy. Vinod Mulani, Kishore Mulani, Santosh Lalwani, Rajkumar Paraswani and others were present.

According to Pt Rajesh Sharma, the event has been dedicated for the eradication of corona pandemic. Ghat Sthapana of Goddess Durga was performed at Prakateshwar Mahadev Mandir, Freeganj. Attractive decoration of Mata Shri Tripur Bhairvi was also made. A 9-day anushthan for the welfare of people also began, as informed by the priest Pt Ghanshyam Sharma.

According to RSS’s local media in-charge Dharmendra Singh Parihar, in a bid to nurture and conserve the soil a national-level public awareness drive was launched in the district from Chaitra Shukla Pratipada (Tuesday).

Accordingly, soil conservation programme at 705 villages, 324 village panchayats, 75 mandals, 10 bastis and 3 nagars were held simultaneously across the district. In Nagda, 54 places under 411 villages were covered under the drive on Tuesday. Likewise, in Ujjain, the event was organised at 60 places. 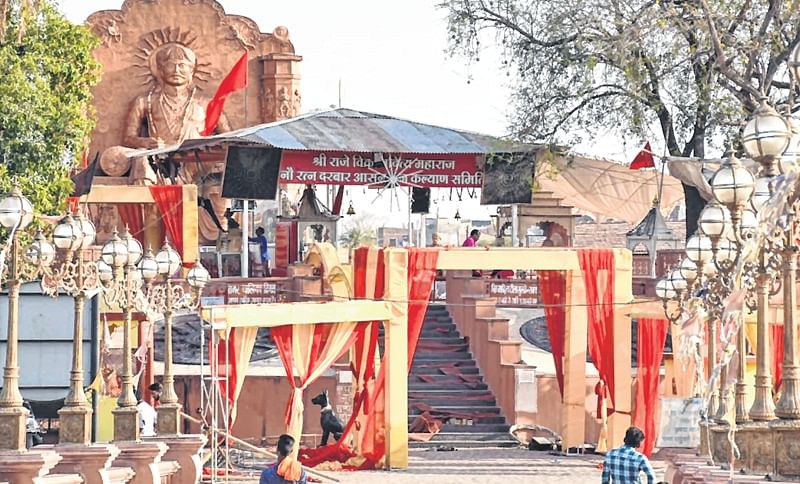