For the immersion of Ganesha idols, the immersion chariots were specially prepared by the Ujjain Municipal Corporation through which the idols were being collected and immersed at Kaliadeh Palace.

Youths dance on roads during the Ganesha idol immersion procession. | FP Photo
Follow us on 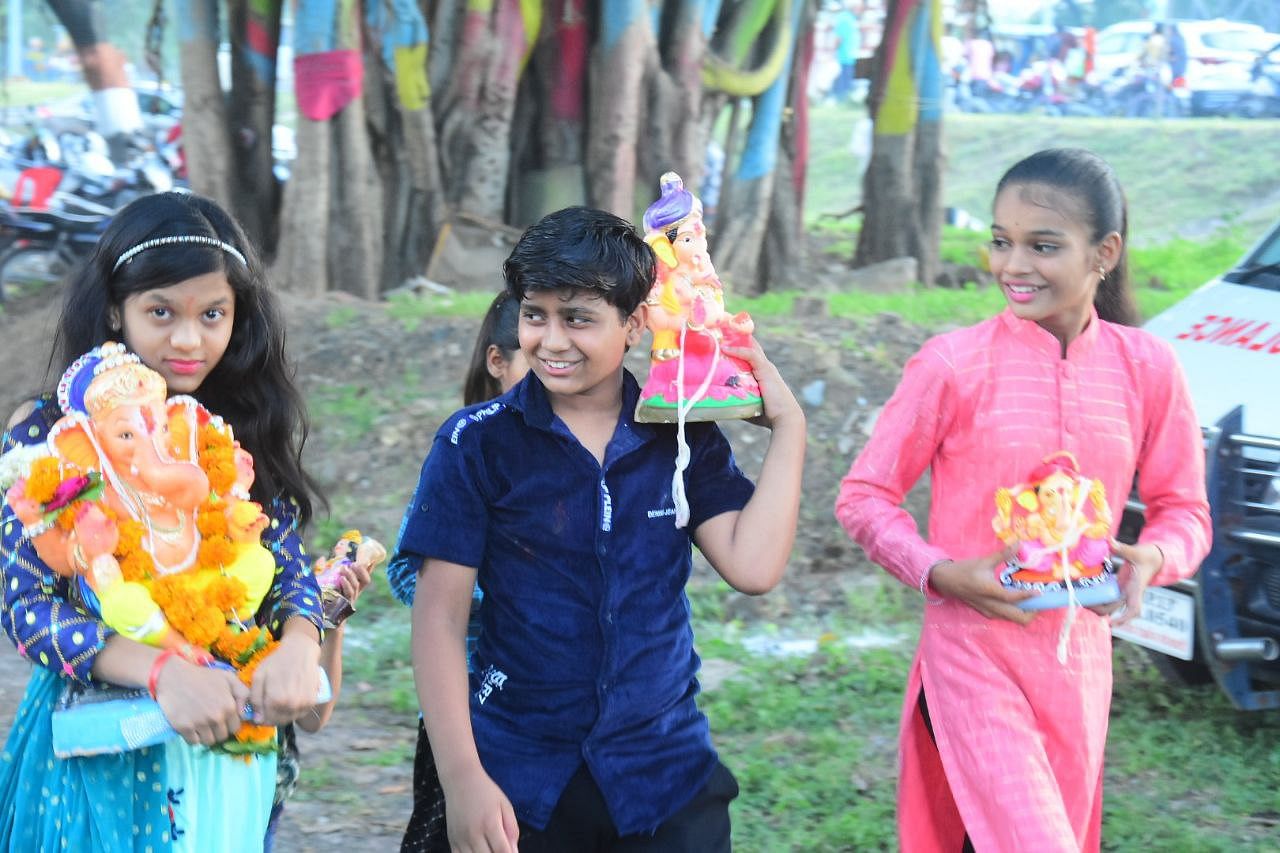 Mangalmurti, the first revered Vighnaharta, Lord Gajanand, stayed in everyone’s homes for 10 days and gave everyone the opportunity of service and devotion. Gajanand returns to his abode on Anant Chaturdashi. 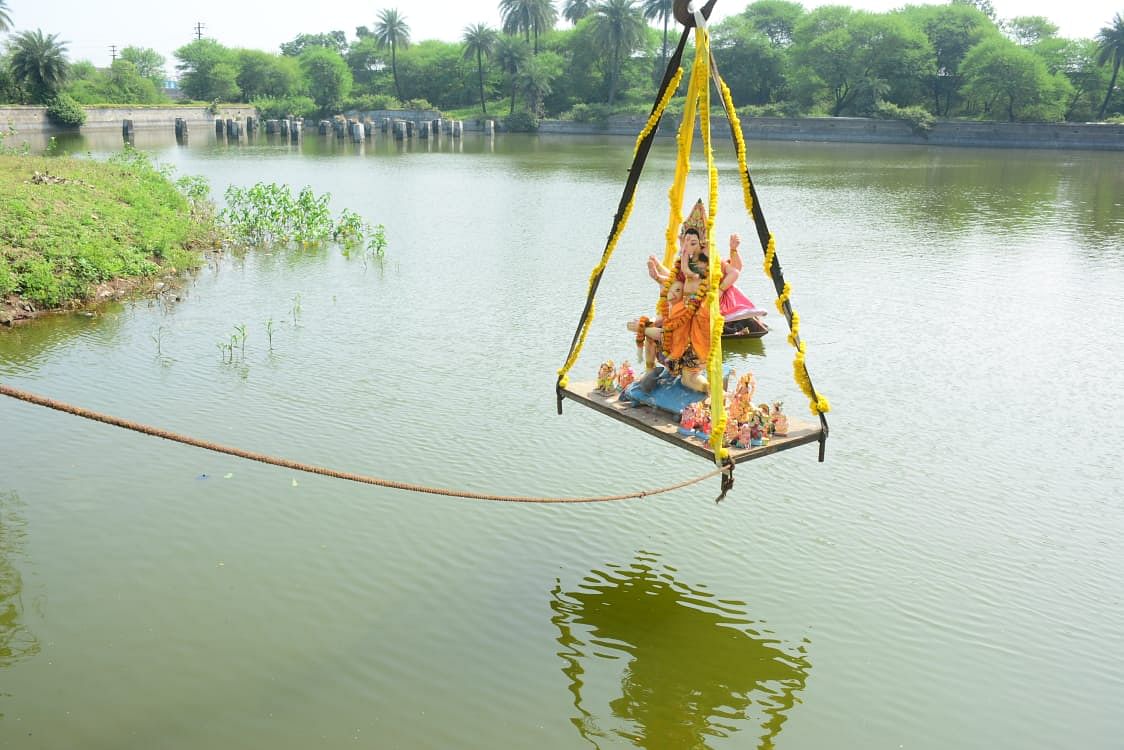 Comparatively small idols of Lord Ganesha being immersed in Hira Mill Kund with the help of cranes. | FP Photo

Special arrangements were made by the Ujjain Municipal Corporation for the immersion of idols at Kaliadeh Mahal and Hira Mill Kund. Eight immersion chariots and six tractor trolleys were dispatched to different areas to collect idols from various places. Small Ganesha idols are being brought by the devotees for immersion at Hira Mill Kund. They were immersed with the help of a crane. 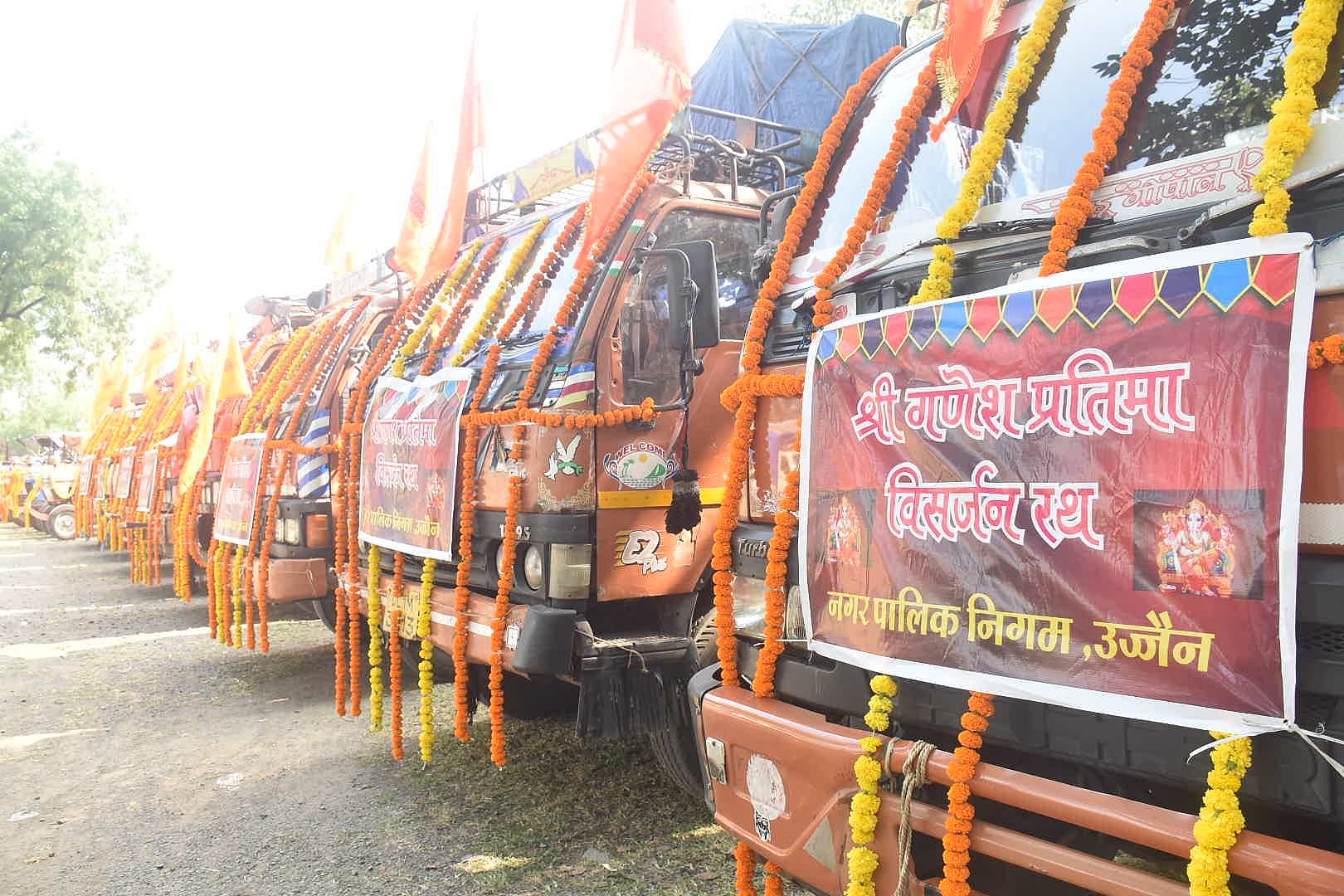 Special chariots which were pressed into service by the Ujjain Municipal Corporation for taking Ganesha idols for immersion. | FP Photo

Chaos was created among the people at Lokmanya Tilak School Tiraha near Madhav Nagar railway station on Friday afternoon when a youth picked-up a rod and started breaking the glasses of Magic vehicles parked here one after the other. He broke the glasses of four vehicles before people caught him and handed him over to the Neelganga police. The youth had come to hire a Tata Magic for Ganesh immersion. When the vehicle operators refused, the young man became angry, picked up the rod lying there and started breaking the Magic glasses. 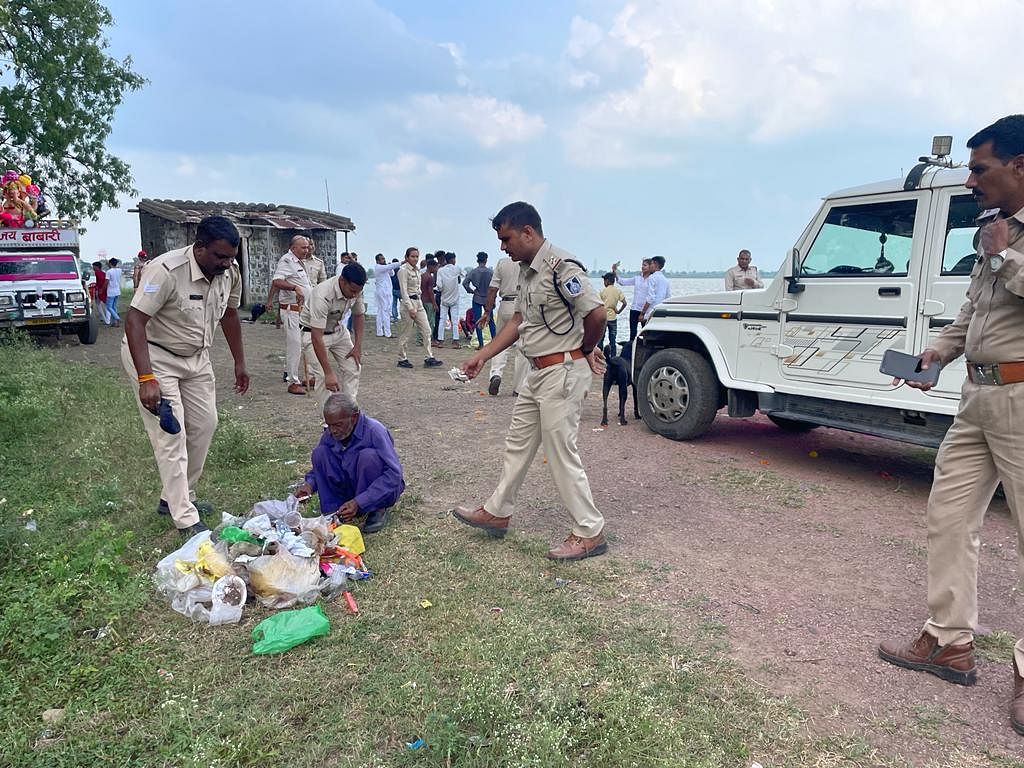 Panwasa station in-charge Gajendra Pachoria and sub-inspector Ritu Sikarwar along with their team could be seen cleaning the area around the Undasa pond on Friday morning. When the team reached the pond it saw that the surroundings of the pond were dirty with a large number of bushes around the boundary. They immediately started the work of cleaning. The special thing was that the devotees coming for the immersion kept on littering here and there and the policemen kept cleaning. Undasa is the only pond in the city from where the water is taken for drinking purposes. It is considered to be the cleanest pond near the city and the police were on their toes to prevent any immersion in the pond.

Read Also
Ujjain: Quack’s gimmick after jail warrant turns out to be futile 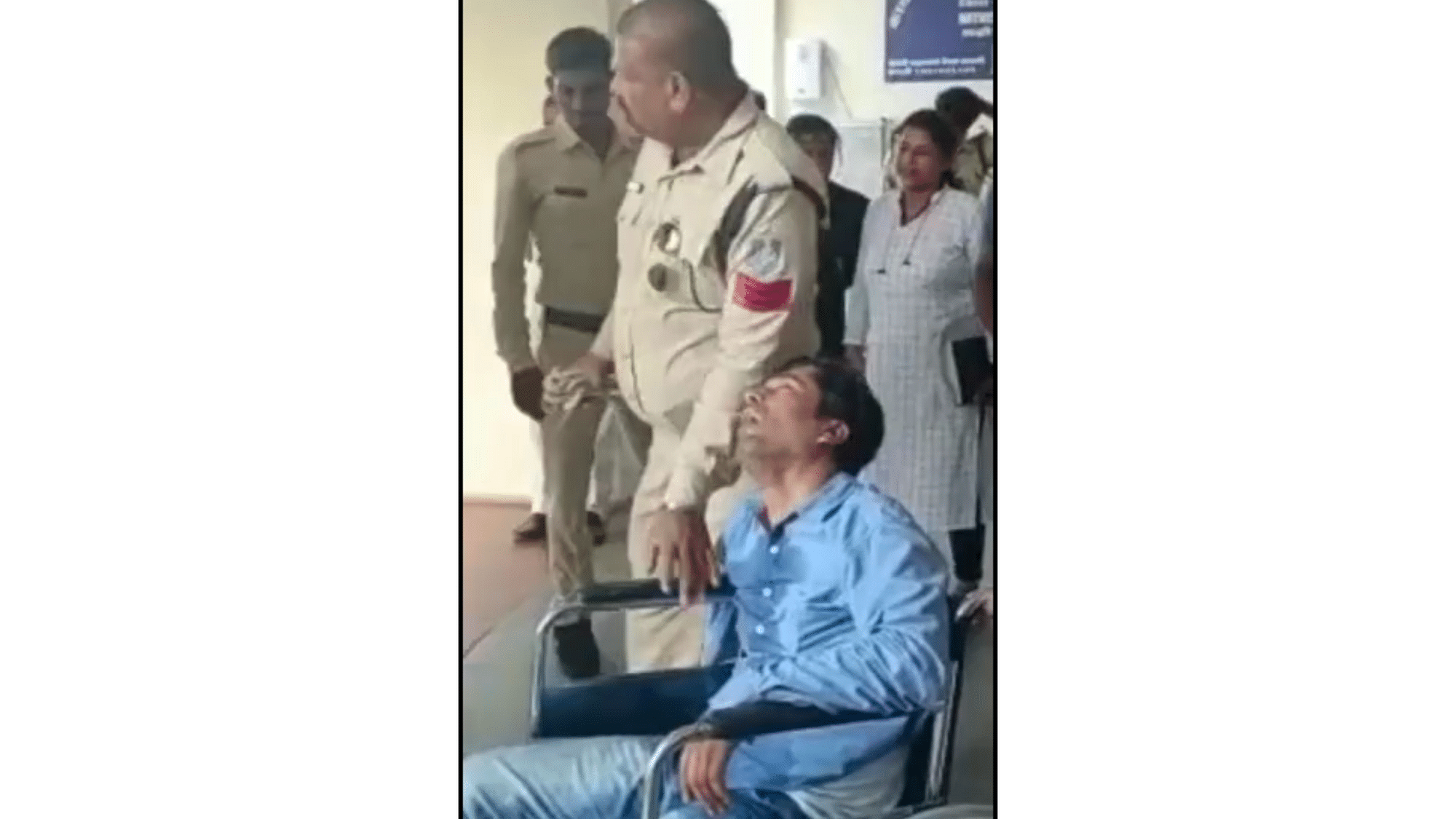