According to information, the incident was reported from Ranikhedi village of Sardarpur tehsil (under Rajod police jurisdiction).

Sardarpur (Madhya Pradesh): Three fraudsters posing as crime branch officials who attempted to loot a truck were later held by police officials in a siege.

According to information, the incident was reported from Ranikhedi village of Sardarpur tehsil (under Rajod police jurisdiction).

A truck bearing registration number (MP 44 HA 0169) laden with cement sacks was on its way to Mandsaur when three miscreants posed as crime branch cops and intercepted the truck and asked its driver Rahul Meghwal to get off the truck.

The accused asked him to produce a bill and other documents. After checking the vehicle, they claimed that the bill was under-valued and said that he will have to pay a fine, on which the driver suspected that something was not right.  The driver fled the spot and narrated the incident to Rajod police officials.

Acting promptly, police officials laid siege and were able to catch hold of all three accused. Those arrested have been identified as Rahul Rameshchandra, Narendra Ramesh and Kamal Radheshyam.

They have been booked under relevant sections of IPC. Police are probing the involvement of other associates in similar crimes they might have committed. 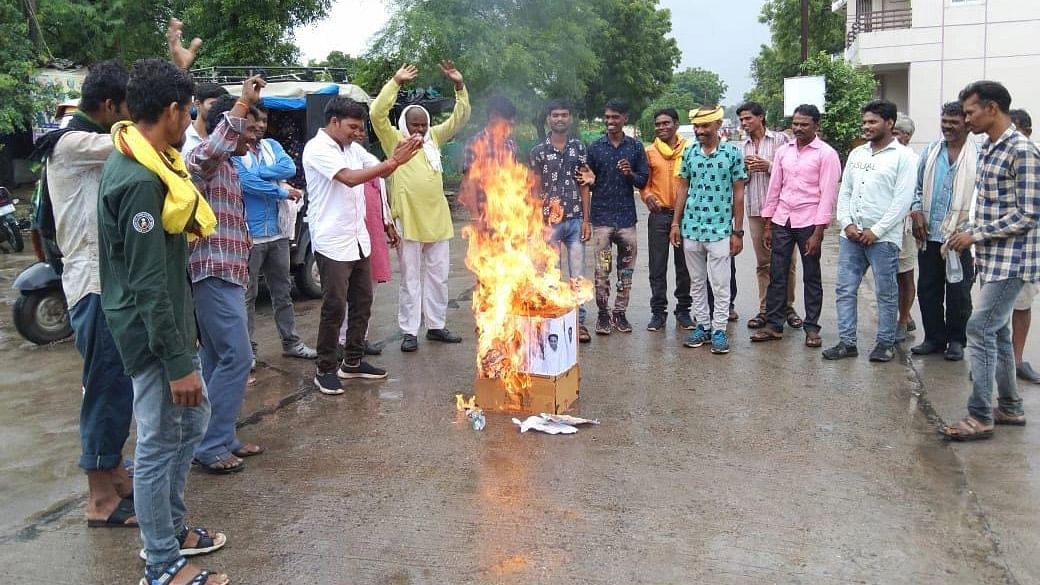