The protest was held against the increase in the rates of GST on cloths and readymade garments from 5 per cent to 12 per cent.
Staff Reporter 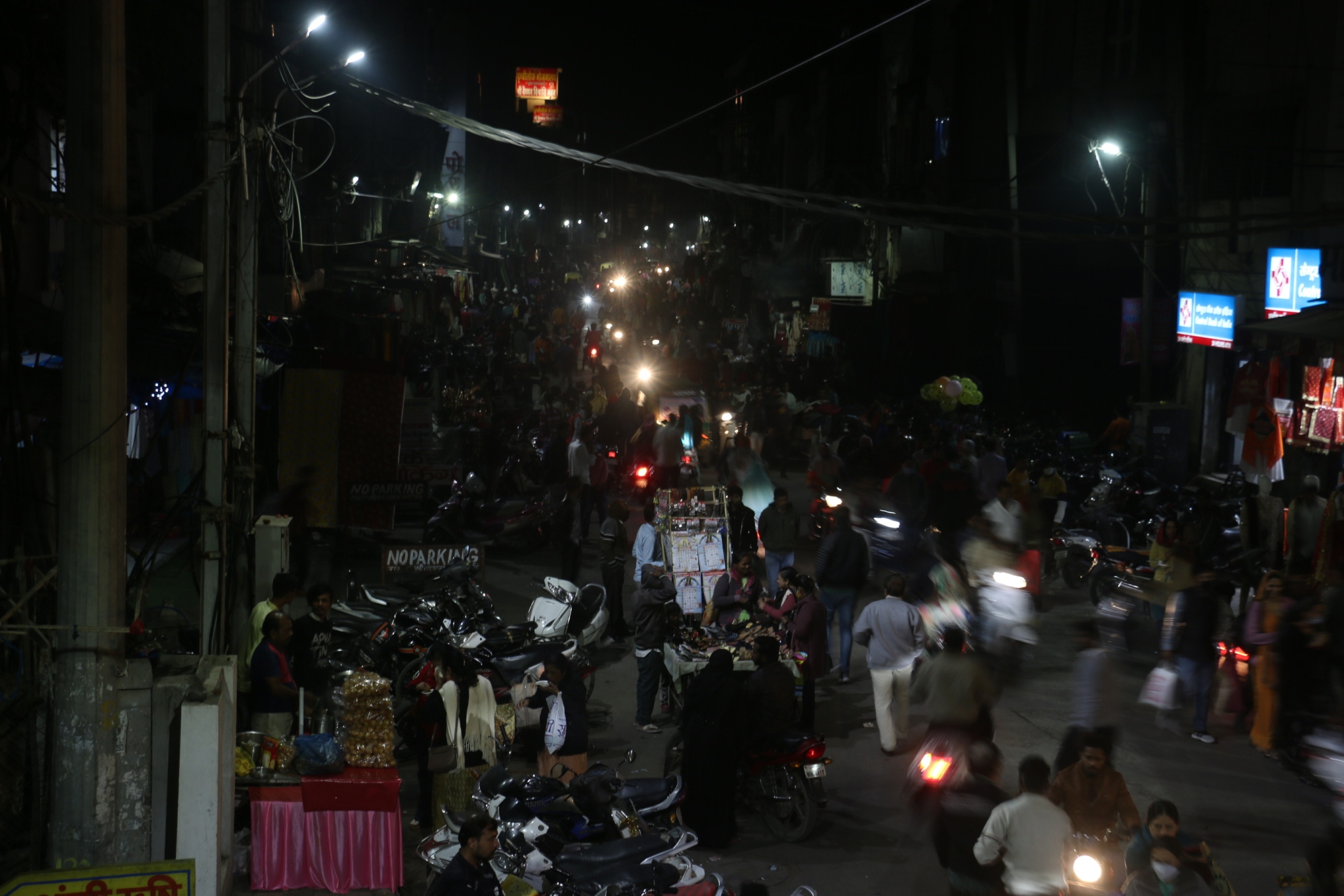 Indore: Taking their ongoing protest to the next level, textile traders in the city observed a ‘20-minute blackout’ against the increase in the rates of GST on cloths and readymade garments from 5 per cent to 12 per cent.

On a call of the MP Textile Traders’ Federation, the markets and shops related to clothes in the city switched off their lights from 7 pm to 7.20 pm. During the blackout, the shopkeepers beat steel plates (thalis) and blew conch shells.

The effect of the protest during the blackout was more visible in the markets around Rajwada. The MTH Cloth Market, Sitlamata Bazaar, Santha Bazaar, Naliya Bakhal, readymade garments market adjoining Rajwada, as well as shops at Malwa Mill and Sindhi Colony, were also participants in the protest.

MP Textile Traders’ Federation president Hansraj Jain said that the blackout was observed in other cities of MP as well. “Till Thursday, a blackout will be observed from 7 pm to 7.20 pm,” he added.

Indore: ​Hiking GST on garments from 5 per cent to 12 per cent: Garment traders chalk-out 3-day...

A state-level meeting of traders was held in Indore at which this decision was taken. GST Sangharsh Samiti spokesperson Arun Bakliwal said that Hema Panjwani of Sitlamata Bazaar, Santha Bazaar Association president Vijay Batra and Malwa Mill Area Traders’ Association president Mukesh Devang came out beating thalis in their markets during the blackout.

Akshay Jain, president of the Readymade Clothing Traders’ Association, and others also released a song made against GST and tied black bands on customers’ arms.

The representatives of all these traders’ unions are seeking support from the traders of their area doing other types of business to join the blackout and protest against the increased GST rates.

With the increase in GST rates, grocery traders across the state are also uniting against the necessity of e-way bill on grocery items. The Federation of MP Kirana Merchants’ Association, along with the Siyaganj Wholesale Kirana Merchant has called a meeting of all the grocery traders of the state in Indore on Sunday. At the meeting to be held on December 26, grocery and dry fruits traders will also decide the strategy and direction of the movement. 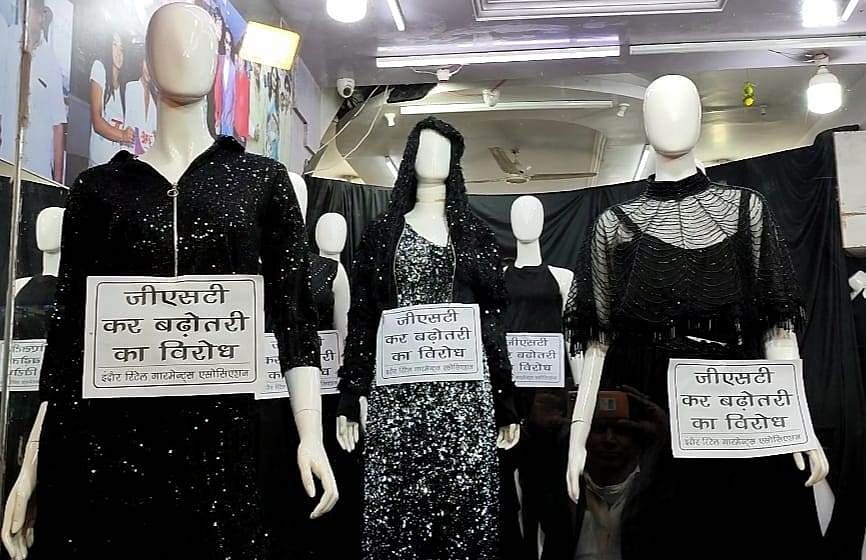