He alleged that his brother and his wife were harassing him over a family dispute.

Shakil Khan speaks to police officials in Indore on Thursday. | FPJ
Follow us on

Indore: A man tried to immolate himself on the DIG office premises on Thursday. He said he was being harassed by his brother and his wife for a few months over a family dispute. He was sent to the Chhoti Gwaltoli police station for investigations into the case.

The man, named Shakil Khan, a resident of the Koyla Bakhal area of the city, reached DIG office premises with a bottle of petrol and poured petrol on himself. However, two media persons snatched the bottle from him and prevented him for setting himself ablaze. When the police reached the spot, he said his brother and his wife (sister-in-law) had been harassing him over a family dispute. They had thrashed him and broken his teeth a few days ago, he claimed.

DSP (headquarters) Ajay Vajpayee said that a written complaint was received from Shakil and he was sent to the Chhoti Gwaltoli police station for further investigations. 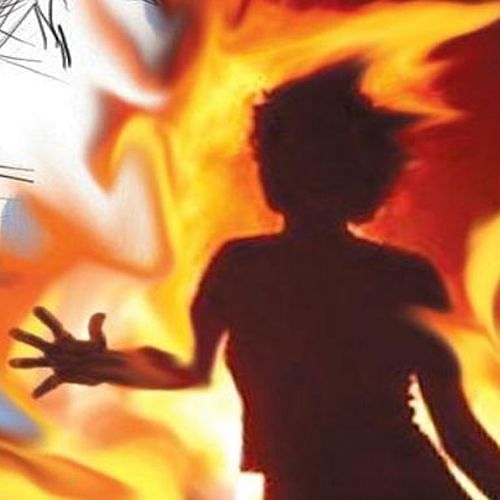